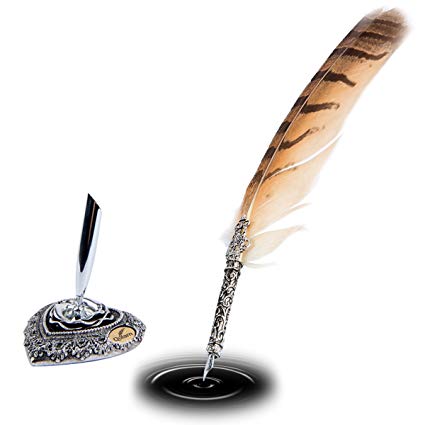 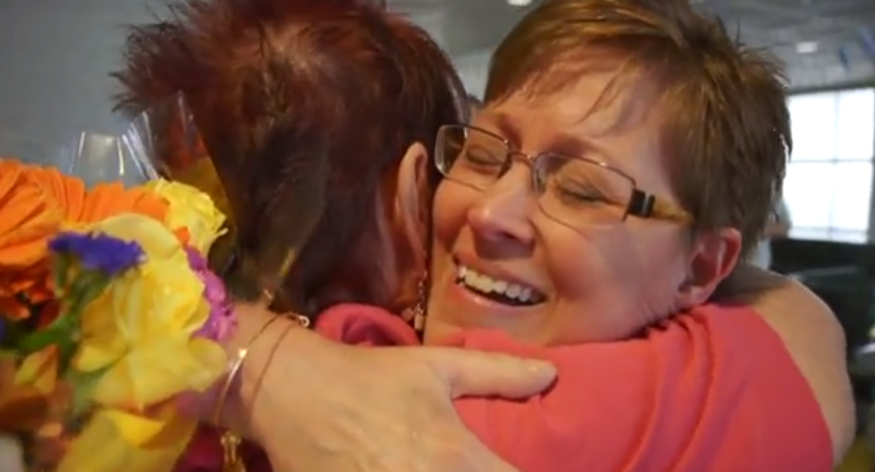 There was a knock on the door. Tia was startled and glanced up from the newspaper she held in her hand. She was not expecting anyone. She hoped that whoever it was, would just go away. As much as she was an extrovert there were times when she liked being away from it all with just her husband. This was one such time.

Tia ignored the knock, even when a second one was heard. Paul was in the upstairs bedroom, most likely on his laptop, working, she thought. Tia continued reading the newspaper. A third knock and she slowly got up, "Who is it?" No answer. She repeated the question. She heard shuffling. "Who IS IT?"

"I just want to talk to you for a minute," said the voice on the other side. It sounded like a woman's. At that moment Paul came downstairs. He said, "There's a woman outside at the door." He then proceeded past Tia and opened the door.

A woman who appeared to be in mid to late forties stood at the door. She was nicely dressed. She turned to walk away then stopped. "Good day, Sir," she said. Her eyes sought and found Tia who was standing behind Paul. "Is your name Alethea Howard?" Brows knitted, Tia answered, "Yes, I was Howard, but I'm now married. My new name is Andrews, Alethea Andrews." Not many persons referred to her by proper name. To everyone she was just "Tia".

The woman hesitated then looked at Tia as if she was searching her eyes for something. She said, " I am your mother." Tia heard the words but her mind went on a short walk to a place she had never been before. How strange the words sounded. She looked at her husband whose eyes were wide and bright. She then looked at the nicely dressed woman in front of her and a million questions popped in her head. "My mother?" Tia repeated dumbly.

A thousand times she had visualized what such a meeting would be like, but nothing prepared her for the reality. She felt a sudden urge to sit. Paul read this in his wife and invited the woman into the house. Once inside, the woman started to say how sorry she was. That she had spent years trying to locate Tia.

Tia asked the one question that had been tormenting her all her life. "Why did you leave me? How could you not want me?" Without realizing it she had started to cry. Her tummy felt nervous and her body felt weak.

She knew that her mother's name was Gloria and that when she was two years old she was found wandering in a market in Glasgow Town, unaccompanied by anyone. Everyone told her that her mother had taken her to the market and left her. She knew her own name but only knew her mother as Gloria. Tia was taken to the police station and all search for her mother was unsuccessful.

Now here was Gloria in her presence, in her house and all Tia could do was cry. Years of pent up resentment let loose and she could not control herself.

Surprisingly, Gloria's voice was quiet. She sounded pained when she spoke. She explained that she suffered from epilepsy and was new in Glasgow Town. Tia's father had gone on farm work in the UK. She said she had taken her daughter to the market with her that fateful Saturday when she was struck by epilepsy. When she regained consciousness her daughter was nowhere to be found. Some persons were of the view that she did not have a child with her and was confused.

Gloria said she visited the police station to report the child missing and was told that a child was brought in but was claimed by the mother hours later. The police could not give her any more information. Searches to find out who the child was and who was the alleged mother led nowhere. Tia's father, upon hearing what happened, blamed Gloria and accused her of being an incompetent mother. When he returned from the UK he stayed with relatives and ended his relationship with Gloria. Gloria said she prayed everyday. There were times when she felt she was going crazy, but she never gave up hope of finding her daughter.

Gloria explained that about two years ago a neighbour confided in her that she knew who had taken her daughter and that she was afraid to say anything all those years. A lady named Clarice Jones was the suspect.

Tia was able to fill in the gaps. She confirmed that she had grown up with Clarice Jones and her husband Felix Jones. They had a son but longed for a daughter, but Clarice was unable to have any more children due to a medical problem. The husband and wife were loving and took care of both children. The story they told her, however was that she was abandoned. This hurt and so many nights she would lie awake asking why.
The Joneses told persons around their neighbourhood that Tia, as she was called, was the daughter of a relative in the country and they were helping out. Tia was unsure how the Joneses got her birth certificate but they did and she used her correct name throughout school and for all legal documents until her marriage.

Tia wanted to hate her mother, but with the information she shared, she could not. She hugged Gloria and they held on to each other, sobbing. Paul sat quietly and listened to everything without interrupting. The emotion between mother and daughter was strong. The resemblance between them was also striking.

This was not how Tia planned to spend her day, but she realized that there was no better way to do so. She had a lot of catching up to do with her mother. It was the beginning of the rest of their lives. Gloria told Tia she still suffered from epilepsy and Tia vowed she would get proper treatment for her. At least Gloria made the effort to find her, her long lost daughter. She deserved some restitution for her years of pain and suffering.

Sandra Elizabeth Williams has granted FanStory.com, its affiliates and its syndicates non-exclusive rights to display this work.
Don't miss this both by two of our own! A book by Tootie and Commando