He is an accomplished novelist and is currently at the #4 spot on the rankings.

The Seal of Quality committee has rewarded him with 1 seals. He is also an active reviewer and is holding the #53 spot on the top ranked reviewer list. 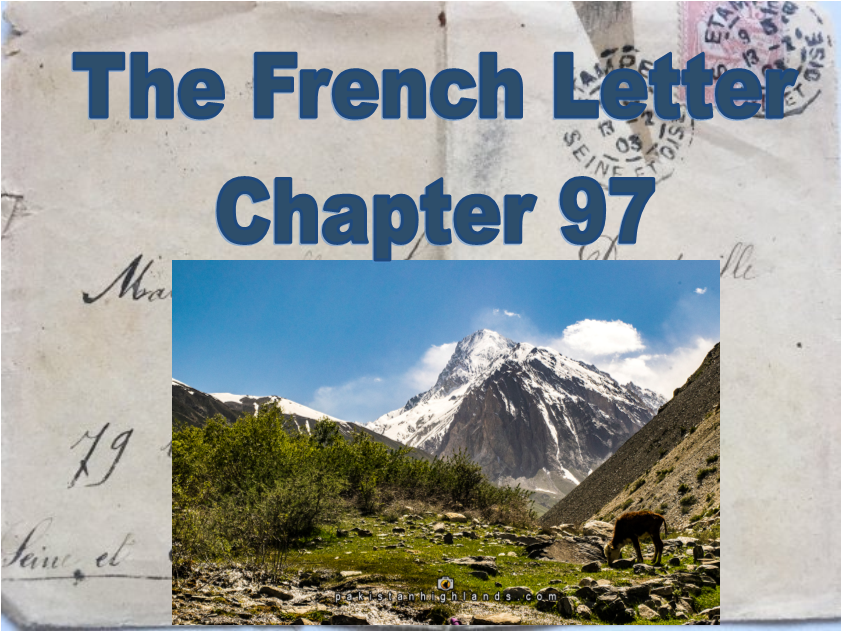 When Weaselface and his oppo returned to their post half an hour later, they found their esteemed leader lying naked on the floor with a pink ribbon tied tightly around his testicles. His legs were manacled to the bars of the cell, and blood dribbled from his lips, the place where his smile should have been.

There was no sign of the prisoner, nor of her backpack, so they turned their attention to releasing their superior officer, taking care not to snigger. Had they known it, Helen was less than half a mile away, casting the key to the manacles into the Chitral River and wondering what on earth she should do next.

With this knowledge, I would have been much better able to bear the privations of prison life, but as it was, lurid imaginings compounded my misery.

I found out afterwards that Helen had also stolen Habeeb's mobile phone. She never told me exactly how she persuaded him to give up his passwords, but the photographs she took before disappearing into the night were sensational.

A short while afterwards, safe in the house of a former hockey teammate, she emailed the pictures to the Chitral Times and the Daily Jang, together with a short exposé on the treatment of women in custody. In view of the pink ribbon, she sent it out under the headline, "A New Cure for Cancer". She also sent a group email to all his phone contacts. These acts of revenge had dire consequences for me.

While she and her friend were no doubt giggling over their cleverness, I lay slumped in the dark with aching limbs. I had only my maudlin thoughts to keep me company

*****
The following morning, I was hauled from the cage. The uneasy silence of my fellow prisoners did not bode well. Only Javed spoke out. "Good luck. May Allah be with you."

It unnerved me that he thought I needed both divine support and luck, but I didn't have time to dwell on it. A brutal prod with the butt of a rifle sent me shuffling down a dank and airless corridor. I had no idea where I was going, only that my manacles chafed with every step. The guard pushed a heavy door open and ushered me forward with mock courtesy. The sombre clunk of its closing presaged my last contact with humanity for some time to come.

At first, I was relieved to have the luxury of privacy and solitude. I wobbled unsteadily, heel-to-toe, from one end of my cell to the other. It was nine feet long, give or take a bit. As for the width, when I stretched my arms, I could touch both walls. There was a galvanised bucket in one corner and a wooden stool with a tin mug on it. I lay down on the straw-filled palliasse that occupied half the floorspace and looked up at a small window set high in the wall.

After a while, I drifted into a fitful sleep. My eyelids flickered through an endless succession of days, each one indistinguishable from the next. I woke from the nightmare in a cold sweat. It was pitch dark, save for a single star shining through the iron latticework covering the window.
*****

As the weeks passed, both my mental and my physical health deteriorated. I was hallucinating and finding it hard to differentiate between reality and my irrational fears. I was plagued with panic attacks and became feverish. Thus, the reality hardly registered when my door swung open one morning, and a torch was shone in my face. I shrank back into a corner and babbled.

Bisto leant down and touched me on the shoulder. "Come on, old chap. Get up. We've managed to have you released on bail."

I tried to focus. If this was a hallucination, it was more vivid than most. Who else but Bisto would have turned up on the North-West Frontier wearing neatly starched Khaki Drill and smoking a meerschaum pipe? The apparition swam in and out of my vision. A sweet, spicy fragrance of tobacco filled the room, displacing the fetid stench of my habitation, and my eyes glistened with tears, whether from relief or from the smoke, it was hard to tell.

Bisto helped me to my feet and guided me down the corridor. He beckoned to a guard, who came forward and unlocked the shackles around my ankles. I was free to go.

Once outside, I began to shake uncontrollably. I clutched Bisto for support, and he led me across the forecourt towards a black saloon car. As we approached, Kayla scrambled out, bubbling endearments as she threw her arms around me and showered me with kisses.

"Thank God you're safe. We've been so terribly worried."

She took an elbow and eased me onto the back seat then went around and climbed in beside me. Disorientated and unable to understand what was happening to me, I huddled against the window as we drove off. People were everywhere, plying their trades, chatting on street corners, straining against the pedals of overladen bicycles, hanging off the back of antiquated lorries, plodding alongside donkeys, or merely sitting in the sun, drinking chai. This mass of humanity was more than I could bear. I withdraw inside myself and started to sob.

Kayla put an arm around my shoulder and pulled me in against her breast like a baby. She said nothing, but I was aware of her wrapping her headscarf around her face. It didn't occur to me at the time, but I must have stunk like a sewer.

Cocooned by the close human contact, I began to recover my senses. Her heartbeat, regular as a metronome, steadied and soothed my palpitations. After a while, I sat up, brushed the dampness from my cheeks, and managed a half-smile of apology. The road was now running alongside the Chitral River, and I noticed a signpost with a few squiggles in Urdu and an aircraft icon. I assumed Bisto and Kayla were going to fly me to safety. However, a few minutes later, the airfield passed to our right, and we continued north up the valley. The magnificent vastness of Tirich Mir lay ahead, its snowclad slopes brilliant in the sunshine.

"Where are we going?" I felt the panic beginning to return and stared around wildly.

Bisto glanced back at me. "Steady on. You're quite safe now. We've booked into a hotel for a few nights to give you a chance to recover. You'll like it, I think."

"What about Helen? Where is she? What's happened to her?"

I sensed a moment's hesitation before Kayla answered. "She's safe, we think. At least she escaped the clutches of that awful police superintendent. What was his name?"

"Tariq Habeeb. A nasty bit of work, by all accounts." Bisto glanced in the rear-view mirror. "You'd know that, of course, Charles."

"There's plenty to tell but all in good time. Look, here's the hotel."

As we swung into the driveway, the scent of rosemary and winter jasmine filled my senses. A magnificent old building rose up out of the side of the mountain. My first impression, as we drove through immaculate gardens, was of intricate wooden verandahs that overlooked the valley below. Guests leant over the balustrade, cocktails in hand, admiring the sweeping panorama with its rugged backdrop of mountains. There was an aura of civilised tranquillity.

Charles Brandon - the narrator, a well-known travel writer.
Rasheed - a Sikh taxi driver in Lahore, radicalised by ISIS
Abdul - a taxi driver in Islamabad, working undercover for the British High Commission
Hassim - a tour operator
Ash - a French liaison officer attached to the British High Commission in Islamabad. Also a member of the French anti-drug squad (la Brigade des stupefiants), whose operations are directed by Jeanne Durand.
Montague (Monty) - a member of staff at the British High Commission in Islamabad.
Sir Robert - the Deputy High Commissioner at the British High Commission in Islamabad (a personal friend and confidante of Group Captain David Bamforth, the British Air Attache in Paris)
Tariq Habeeb - the Senior Superintendent of Police in Chitral
Abdul Jaleel Zemar (The Lion) - Coordinator of an international network of ISIS cells
Helen Culverson - a woman of increasing mystery
Kayla Culverson - her older sister, who disappeared somewhere in Bangkok and has surfaced again in Paris.
Group Captain Bamforth (alias Sir David Brockenhurst) - an intelligence officer with MI6 and Air Attache in Paris
Madame Jeanne Durand - a French magazine editor and undercover agent with the French Drug Squad.
Madame Madeleine Bisset - Helen's landlady in Paris
Mr Bukhari - a Pakistani businessman (now deceased)
Ian 'Bisto' Kidman - an ex-RAF friend of Charles's.
Monsieur Bellini - a denizen of the French Underworld.
Andre (aka Scaramouche) - an actor in Montmartre and friend of Kayla's
Dr Laurent - a veterinary surgeon in Versailles.
Father Pierre Lacroix - vicar of the Versailles Notre Dame church.
Madame Lefauvre - an old woman living in Versailles - the town gossip.
Alain Gaudin - brother of Francoise, a gardener at Monet's house in Giverney
Francoise Gaudin - Alain's intellectually disabled sister.
Estelle Gaudin [deceased] - mother of Francoise and Alain, a prostitute
Mademoiselle Suzanne Gaudin [deceased] - Alain's grandmother, to whom the mysterious 'French letter' of 1903 was addressed.
Jack and Nancy Wilkins - a Wiltshire dairy farmer and his wife.
Gaston Arnoux - Owner of an art gallery in Paris. A triple agent, who infiltrated the ISIS network in France and fed information to MI6, but who is now providing information to Abdul Jaleel Zemar (The Lion).
Colonel Neville Arnoux [deceased] - Gaston's grandfather. Author of the infamous letter of 1903.
Pays one point and 2 member cents.