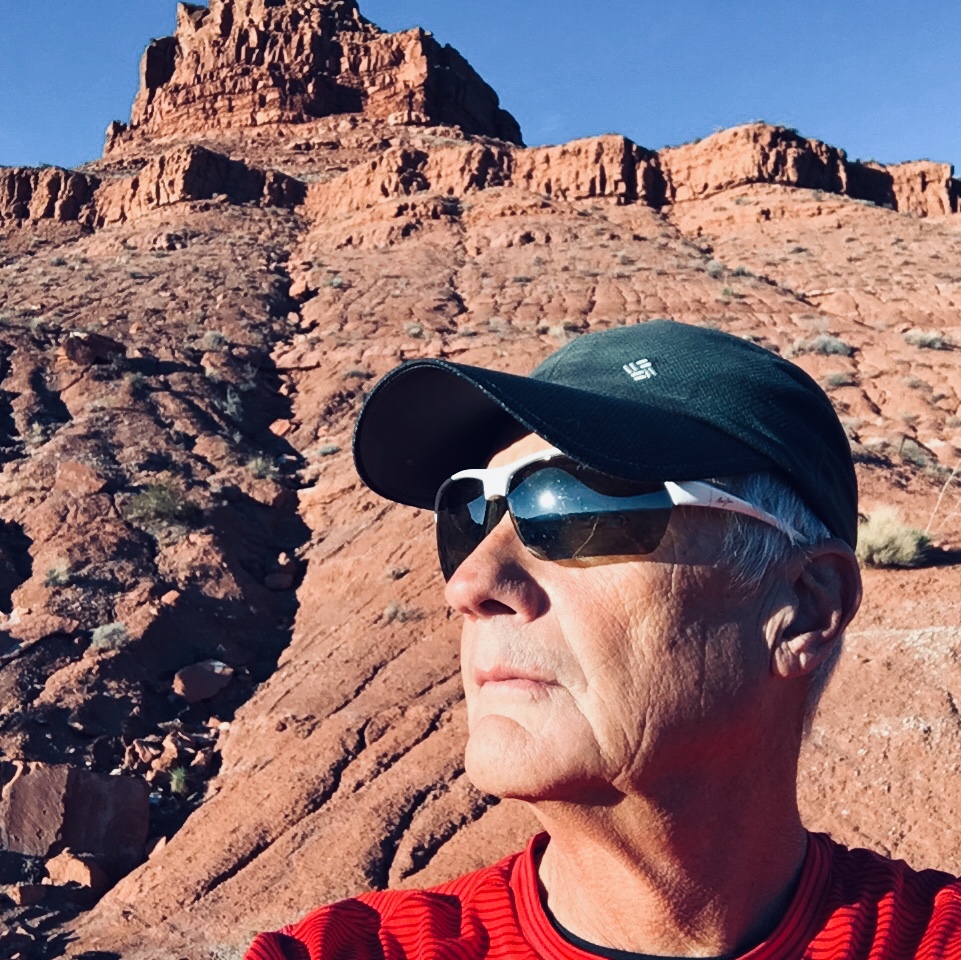 I spent my working life in the car business. OMG for the time I spent in sales...
Moved to Southern Utah to get away from city life and found out I could write poetry. Must be the desert sand...
I ski and mountain bike hard when I have time. - more...

A little story on some friends.. 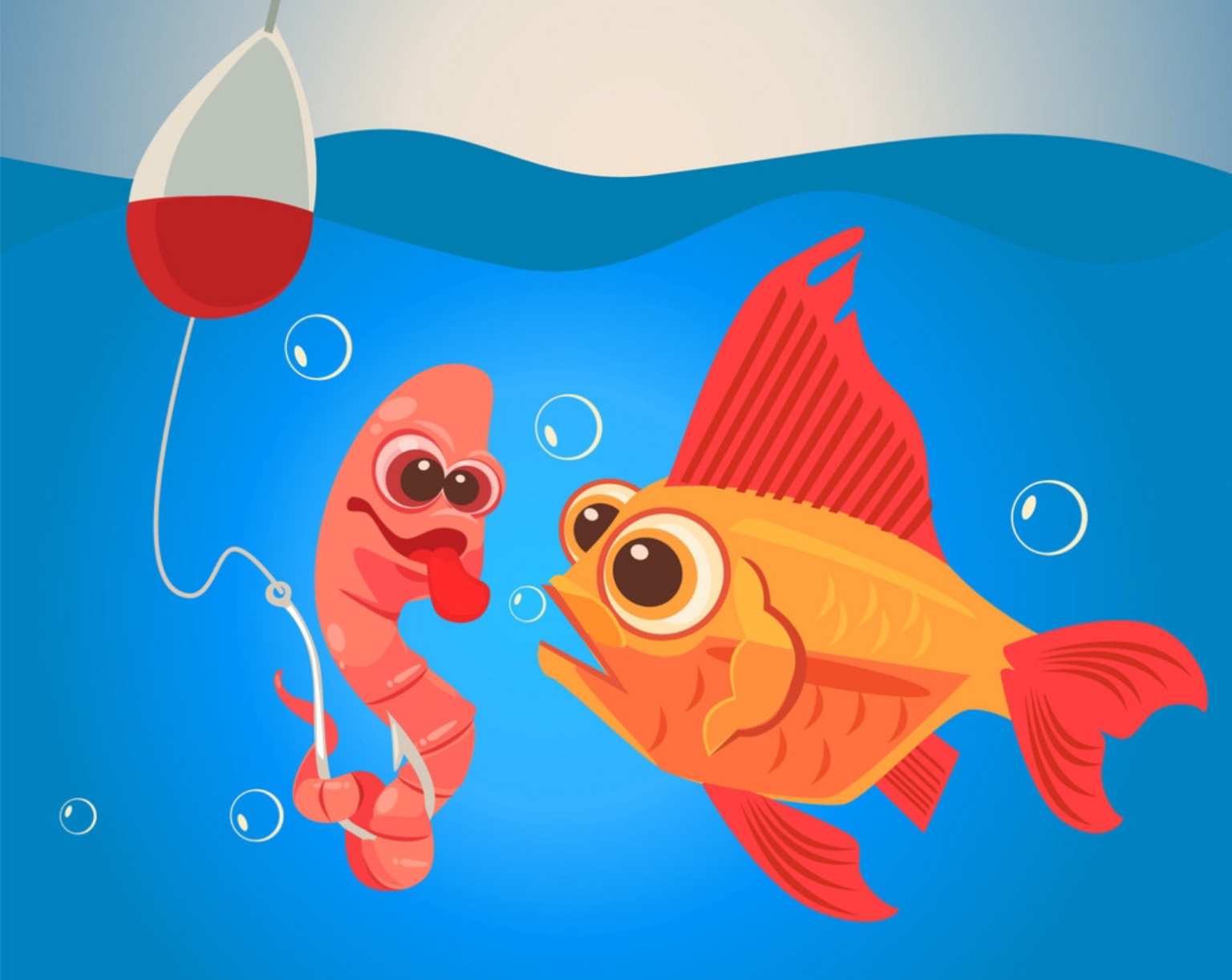 I knew a worm who lost his way, boring and digging the earthen clay
He knew all along he could go where he chose but lost his direction is what we suppose

Today, of course, was raining quite hard, he had to surface and let down his guard
He made the mistake of crawling too far and the end result is a bit bizarre

He ended up on the end of a hook, wet as hell and bait in the brook
It wasn't long before a fish can along and checked out the worm and sang him this song

Where oh where did you come from little worm
Are you lost and forgotten, and please, please don't squirm
You look very delightful I have to admit
I bet you are tasty, I think that's legit
If I eat you I fear, I may be unhappy
I have no control so let's make it snappy

Fish was surprised to find a Worm that could speak
Having a name made it harder, as that was unique

L'il Jack spoke up and asked Fish for his name
So surprised was Fish, that he stuttered in shame

I'm not at all sure what to call me, L'il Jack
Let me ponder that a while and let me get back

I've always been quiet and never spoke out
I'm not really sure, in truth I have doubt

I've never ever thought about having a name
What shall we call me, let's play that game

L'il Jack thought real hard about what to do
Naming Fish was tougher than they both really knew..

L'il Jack had a thought that might work, oh by golly
From now on and forever I'm calling you Wally

Where oh where have we not been, my friend
Take a minute and think what's around that next bend

What is that, Wally asks, and L'il Jack didn't know
Is it a friend to meet or an unfriendly foe

What to do, what to do, is the question we have here
L'il Jack wants to greet but Wally shows signs of fear

It has many legs and two big claws with eyes as big as it's head
It seems to be quite friendly but the eyes are very, very red

It's a Crab, Wally says, as he hurries his pace, and approaches it almost too fast
L'il Jack was startled by the speed Wally swam and held on till he almost went past

The Crab was surprised to see them coming, it seemed kind of odd by their pace
But as they got near he understood why as she knew that fish-friendly face

Helen, he said, as he tried to slow down, with L'il Jack holding on
It's been so long since I've seen you, that I was sure that you must have been gone

Helen, the Crab, was a hardy crab, with eyes that set her apart
They were big and red and particularly large, and that was only the start

(Love for LJ and Helen)

It was love at first sight for the both of them, Helen was as shocked as L'il Jack
Well to make the story not boring they decided to make their own shack

Her heart was as large as her eyes were, and that made her very sincere
When she thought things were wrong, she let out a noise, that everyone around her would hear

She frightened all creatures around her, so badly that, that's why she was alone
L'il Jack didn't care as she had so much flare and gave him a love of his own

She was bad in a way that kept her alive but good to have as a friend
She scared the hell out of others, but her love was true to the end

L'il Jack really did understand this, but Wally was worried just the same
He had seen something in Helen, that he honestly could not explain

Well Helen proved to be grateful, and grateful until her final day
She crawled off and got caught, in a net from above, and was dinner for a guy named Clay

Well, Wally and L'il Jack were grieving and swimming around the lake
When out of the mud came a big ole dark bug that almost swallowed LJ like a snake

This place is scary they said in sync and decided they better get away
Wally asked LJ to get up on top and swiftly, very swiftly, he obeyed

They swam and swam for what seemed like hours, but really it was only a few
They went left and right then up and down and the whole world changed its view

The lake turned into a river, that was swift and the water was clear
There were many remarkable things to see and unusual things to hear

Life was great right now for both of them as they splished and splashed all-day
They both forgot that they were not alone, and soon others came out to play

The pool they were in was the place to be and began to grow and grow
So very quick, there were too many friends so L'il Jack and Wally had to go

Off they swam together again to find another place to hang out
It didn't take long and they settled right in with a new friend they called Tommy Trout...

A bit of word rambling turned into a story. What do you think?
Pays one point and 2 member cents.