A Potential Ally by tfawcus 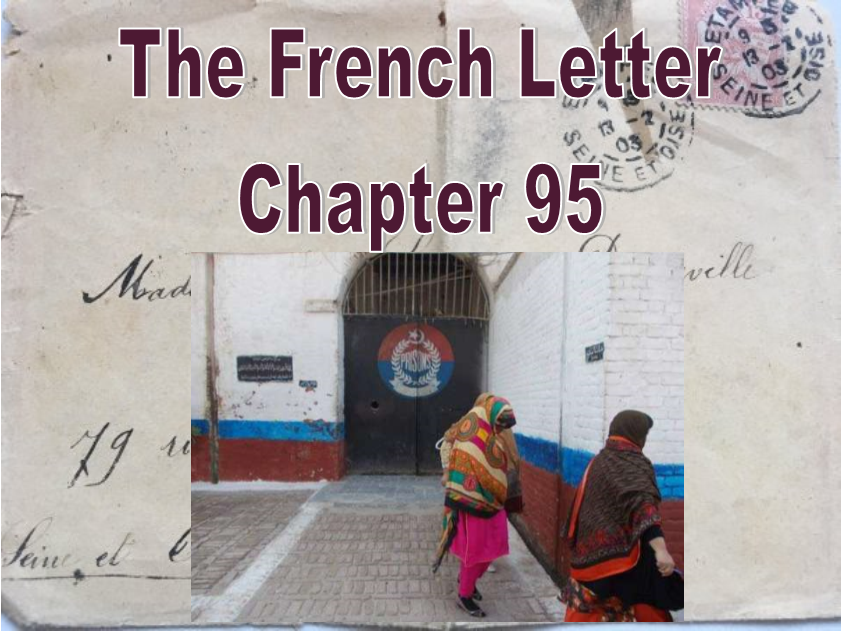 He nodded towards Hussein, who came up behind me and re-tied my arms to the chair, giving a particularly vicious twist that made me wince with pain.

“I shall be back, Mr. – Brandon. We are also interested to know why you were the only two people in the trekking group to escape, and why Abdul Jaleel’s men did not hunt you down and kill you.”

As a parting gesture, Hussein threw the remains of the jug of water in my face.

Tariq Habeeb was as good as his word. His second visit occurred later that evening. I was shivering from cold, my shirt still damp from the drenching I’d received at the hands of Hussein.

He came straight to the point. “The evidence we have suggests that you are involved in clandestine activities in our country that contravene the terms of your visa. At worst, circumstances point to a connection between you and the notorious ISIS leader, Abdul Jamir.”

“That’s absurd. If you contact the British High Commission in Islamabad, they will be able to vouch for me. I was there only two days ago, talking with the Deputy High Commissioner himself.”

This was a card I instantly regretted playing. It was clear from Habeeb’s response that he had no regard for the British. Any negotiations they might undertake on my behalf would have to be delicately balanced against the need for diplomacy.

“The days of the Raj are over, Mr Brandon. The British have an unfortunate habit of interfering with the affairs of our country.” He leant forward across the desk, his face uncomfortably close to mine. “You are in the hands of Pakistani authorities now and under the jurisdiction of Pakistani law. We shall continue to hold you in custody until our investigations are complete.”

His next words sent a shiver down my spine. “My jurisdiction is limited, of course. I am only interested in finding out what you are doing here, in this part of the country. However, when we’ve finished with you, the Inter-Services Intelligence Agency in Lahore will no doubt wish to interview you - in connection with the Liberty Market bombing.”

These were the people who had interrogated Zaheed, and Habeeb’s words earlier in the day reverberated around my mind. He squealed like a rabbit before he died.

As he got up to leave, I had the temerity to ask about Helen. “What have you done with my wife?”

“Your wife?” For a moment, Habeeb looked puzzled. “Oh, you mean the woman accompanying you, the one you referred to earlier as Miss Culverson. A careless slip, if I may say so. Islamic law can be harsh when it comes to such matters." He paused for dramatic effect before continuing. “However, I have little interest in Miss Culverson’s moral conduct. She’s a Black Kaffir and not subject to Islamic law.”

I was appalled by his use of the pejorative term for the Kalash people, but at the same time relieved at his words. I knew there was mounting international pressure on Pakistan because of the treatment of this marginalised community. At least it didn’t sound as if she was in danger of being stoned to death.

“What are you going to do with us? You can’t hold us indefinitely without charge, you know. We have rights under International Law.”

“Really? Is that so?” He looked at me as if I were an insect to be crushed. “I have obtained a warrant from the court enabling me to transfer you to the District Jail, where you will remain until our investigations are complete. You should feel at home, for it was built by the British for the incarceration of dissidents.”

“But what about Miss Culverson?” I shuddered at the prospect of her being imprisoned.

“Miss Culverson? A different matter entirely. She’s a beautiful woman, isn’t she?”  A lascivious smile playing around his lips. “Who knows? She may wish to use her charms to bargain for release.” He wiped a trace of saliva from his lips as he left the room.

"You bastard! You'll pay for this. My God, you will. I swear it on my mother's grave."

“Hussein, the prisoner is yours. Take him away.”

Hussein appeared with another policeman. He pulled a calico bag over my head, drawing it loosely around my neck. They secured my hands behind my back with handcuffs before untying the straps that held me to the chair.

I tried but, with my arms constrained, lost my balance and toppled to the floor. They dragged me to my feet and spun me around, sending me sprawling again. Then they kicked me. A blow to the

head set my ears ringing and almost knocked me unconscious.

Their sport complete, they hauled me back to my feet and dragged me outside. The cold air washed over me, bringing me back to my senses. I could hear an engine running and smelt diesel fumes as I was pushed into the back of a van. Its door slammed behind me, then there was the clatter of a bolt being shot across to secure it.

I could smell the presence of one of my guards. I guessed from the fetid aroma of mouldy hay that he was masticating a wad of naswar, the pervasive chewing tobacco of the Khyber. As the van picked up speed, he leant forward and untied the calico bag. He pulled it from my head and stuffed it in his pocket, perhaps not wanting to advertise their barbarity. They both sat opposite, looking at me with studied disinterest as we rattled towards our destination.

*****
Chitral jail was built in the colonial era, more than a hundred years ago. Its peeling paintwork, stained with age, was skirted by two bands of colour, an Indian red that looked like dried blood and sun-bleached cobalt. The forbidding black entrance bore a prison crest in the same colours. It was framed by an arched portcullis of rusted iron. My heart sank. Visions of medieval torture flashed through my mind as I was escorted into the entrails of the building and handed into custody.

My legs were manacled before I was thrust into a cage occupied by more than a dozen emaciated figures who stared at me sullenly. The stench of stale urine and body odour knocked me back, as did the overpowering aura of despair.

The other prisoners surrounded me and jabbered, poking my body and pushing me about until the rattle of a stick on the iron bars made them draw back. I subsided to the floor. A man with tousled black hair and a slop-stained shirt sat opposite me, regarding me with venom. His two missing front teeth acted like a funnel as he spat a stream of betel juice onto the flagstones beside him.

After a while, a young man, whom I judged to be in his twenties, came and sat beside me. “Don’t worry about him, man. He’s mad but quite harmless.”

The prospect of a potential ally in this hideous place cheered me. “It's all a mistake,” I said. “I haven’t even been charged with an offence, let alone convicted.”

He shrugged. “A familiar tale, I’m afraid. Almost half of the people here could say the same. Some have been more than two years awaiting trial. My name is Javed, by the way." He held out his hand, and we shook. "What are you doing here, Englishman? Are you a spy?”

Charles Brandon - the narrator, a well-known travel writer.
Rasheed - a Sikh taxi driver in Lahore, radicalised by ISIS
Abdul - a taxi driver in Islamabad, working undercover for the British High Commission
Hassim - a tour operator
Ash - a French liaison officer attached to the British High Commission in Islamabad. Also a member of the French anti-drug squad (la Brigade des stupefiants), whose operations are directed by Jeanne Durand.
Montague (Monty) - a member of staff at the British High Commission in Islamabad.
Sir Robert - the Deputy High Commissioner at the British High Commission in Islamabad (a personal friend and confidante of Group Captain David Bamforth, the British Air Attache in Paris)
Tariq Habeeb - the Senior Superintendent of Police in Chitral
Abdul Jaleel Zemar (The Lion) - Coordinator of an international network of ISIS cells
Helen Culverson - a woman of increasing mystery
Kayla Culverson - her older sister, who disappeared somewhere in Bangkok and has surfaced again in Paris.
Group Captain Bamforth (alias Sir David Brockenhurst) - an intelligence officer with MI6 and Air Attache in Paris
Madame Jeanne Durand - a French magazine editor and undercover agent with the French Drug Squad.
Madame Madeleine Bisset - Helen's landlady in Paris
Mr Bukhari - a Pakistani businessman (now deceased)
Ian 'Bisto' Kidman - an ex-RAF friend of Charles's.
Monsieur Bellini - a denizen of the French Underworld.
Andre (aka Scaramouche) - an actor in Montmartre and friend of Kayla's
Dr. Laurent - a veterinary surgeon in Versailles.
Father Pierre Lacroix - vicar of the Versailles Notre Dame church.
Madame Lefauvre - an old woman living in Versailles - the town gossip.
Alain Gaudin - brother of Francoise, a gardener at Monet's house in Giverney
Francoise Gaudin - Alain's intellectually disabled sister.
Estelle Gaudin [deceased] - mother of Francoise and Alain, a prostitute
Mademoiselle Suzanne Gaudin [deceased] - Alain's grandmother, to whom the mysterious 'French letter' of 1903 was addressed.
Jack and Nancy Wilkins - a Wiltshire dairy farmer and his wife.
Gaston Arnoux - Owner of an art gallery in Paris. A triple agent, who infiltrated the ISIS network in France and fed information to MI6, but who is now providing information to Abdul Jaleel Zemar (The Lion).
Colonel Neville Arnoux [deceased] - Gaston's grandfather. Author of the infamous letter of 1903.
Pays one point and 2 member cents.