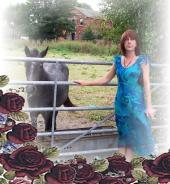 Decided to put some of my poems on "Fanstory" so that I can improve my writing skills. My punctuation, spelling etc. is not very good and although I try to rectify that, I struggle to remember what words to use. i.e. "to" or "too" "your" or "you' - more...

Poem of the Month Contest Winner


This poem is about those who never made it onto life boats.

The world was shocked when the Titanic hit an iceberg at 11:40 p.m. on April 14, 1912, and sank just a few hours later at 2:20 am on April 15, 1912. The "unsinkable" ship RMS Titanic sank on its maiden voyage, losing at least 1,517 lives (some accounts say even more), making it one of the deadliest maritime disasters in history. After the Titanic had sunk, safety regulations were increased to make ships safer, including ensuring enough lifeboats to carry all on board and making ships staff their radios 24 hours a day.

When completed, the Titanic was the largest movable object ever made. It was 882-1/2 feet long, 92-1/2 feet wide, 175 feet high, and displaced 66,000 tons of water. (That is almost as long as eight Statue of Liberty placed horizontally in a line!)

After conducting sea trials on April 2, 1912, the Titanic left later that same day for Southampton, England to enlist her crew and to be loaded with supplies.

Titanic's Journey Begins.
On the morning of April 10, 1912, 914 passengers boarded the Titanic. At noon, the ship left port and headed for Cherbourg, France, where it made a quick stop before heading to Queenstown (now called Cobh) in Ireland.

At these stops, a handful of people got off, and a few hundred boarded the Titanic. By the time the Titanic left Queenstown at 1:30 p.m. on April 11, 1912, heading for New York, she was carrying over 2,200 people, both passengers, and crew.

Throughout the day on April 14, the Titanic received a number of wireless messages from other ships warning about icebergs along their path. However, for various reasons, not all of these warnings made it to the bridge.

Captain Edward J. Smith, unaware of how serious the warnings had become, retired to his room for the night at 9:20 p.m. At that time, the lookouts had been told to be a bit more diligent in their observations, but the Titanic was still steaming full speed ahead.

Hitting the Iceberg.
The evening was cold and clear, but the moon was not bright. That, coupled with the fact that the lookouts did not have access to binoculars, meant that the lookouts spotted the iceberg only when it was directly in front of the Titanic.

Thirty-seven seconds after the lookouts warned the bridge. The Titanic's starboard (right) side scraped along the iceberg below the water line. Many passengers had already gone to sleep and thus were unaware that there had been a serious accident. Even passengers that were still awake felt little as the Titanic hit the iceberg. Captain Smith, however, knew that something was very wrong and went back to the bridge.

After taking a survey of the ship, Captain Smith realized that the ship was taking on a lot of water. Although the ship was built to continue floating if three of its 16 bulkheads had filled with water, six were already filling fast. Upon the realization that the Titanic was sinking, Captain Smith ordered the lifeboats to be uncovered (12:05 a.m.) and for the wireless operators on board to begin sending distress calls (12:10 a.m.).

The Titanic Sinks.
At first, many of the passengers did not comprehend the severity of the situation. It was a cold night, and the Titanic still seemed like a safe place, so many people were not ready to get into the lifeboats when the first one launched at 12:45 a.m. As it became increasingly obvious that the Titanic was sinking, the rush to get on a lifeboat became desperate.

Women and children were to board the lifeboats first; however, early on, some men also were allowed to get into the lifeboats.

To the horror of everyone on board, there were not enough lifeboats to save everyone. During the design process, it had been decided to place only 16 standard lifeboats and four collapsible lifeboats on the Titanic because any more would have cluttered the deck. If the 20 lifeboats that were on the Titanic had been properly filled, which they were not, 1,178 could have been saved (i.e. just over half of those on board).

Once the last lifeboat was lowered at 2:05 a.m. on April 15, 1912, those remaining on board the Titanic reacted in different ways. Some grabbed any object that might float (like deck chairs), threw the object overboard, and then jumped in after it. Others stayed on board because they were stuck within the ship or had determined to die with dignity. The water was freezing, so anyone stuck in the water for more than a couple of minutes froze to death.

Rescue.
Although several ships received the Titanic's distress calls and changed their course to help, it was the Carpathia that was the first to arrive, seen by survivors in the lifeboats around 3:30 a.m. The first survivor stepped aboard the Carpathia at 4:10 a.m., and for the next four hours, the rest of the survivors boarded the Carpathia.

Once all the survivors were on board, the Carpathia headed to New York, arriving on the evening of April 18, 1912. In all, a total of 705 people were rescued while 1,517 perished.


Andre Rieu, with over 500 brass players and the Johann Strauss Orchestra
performing "Nearer, My God, to Thee" live in Amsterdam. Taken from the
DVD "Andre Rieu Gala-Live in de Arena" (Dutch release), available at
http://www.andrerieu.com


Nearer, My God, to Thee" is a 19th-century Christian hymn
by Sarah Flower Adams, based loosely on Genesis 28:11-19,
the story of Jacob's dream.
To see the full original lyrics, view the video at YouTube, here:
https://www.youtube.com/watch?v=v1mQT1u_45I


© Copyright 2021. brenda bickers All rights reserved.
brenda bickers has granted FanStory.com, its affiliates and its syndicates non-exclusive rights to display this work.

Advertise With Us
fire & air
Sun is fire & wind is air.

Pays: One point. and 42 member cents
Copyright © 2000 - 2021 FanStory.com. All rights reserved. Terms under which this service is provided to you. Our privacy statement.
top
You Have No Rank
Share 4 posts to be ranked.