I am a writer and artist who enjoys the darker side of things, most of the time. As a child, I was afraid of death. Too afraid to go to sleep till I saw the break of a new day, as that would keep me alive. It took a while but I learned to channel tha - more...

She is also an active reviewer and is holding the #70 spot on the top ranked reviewer list.

Be careful who you love. 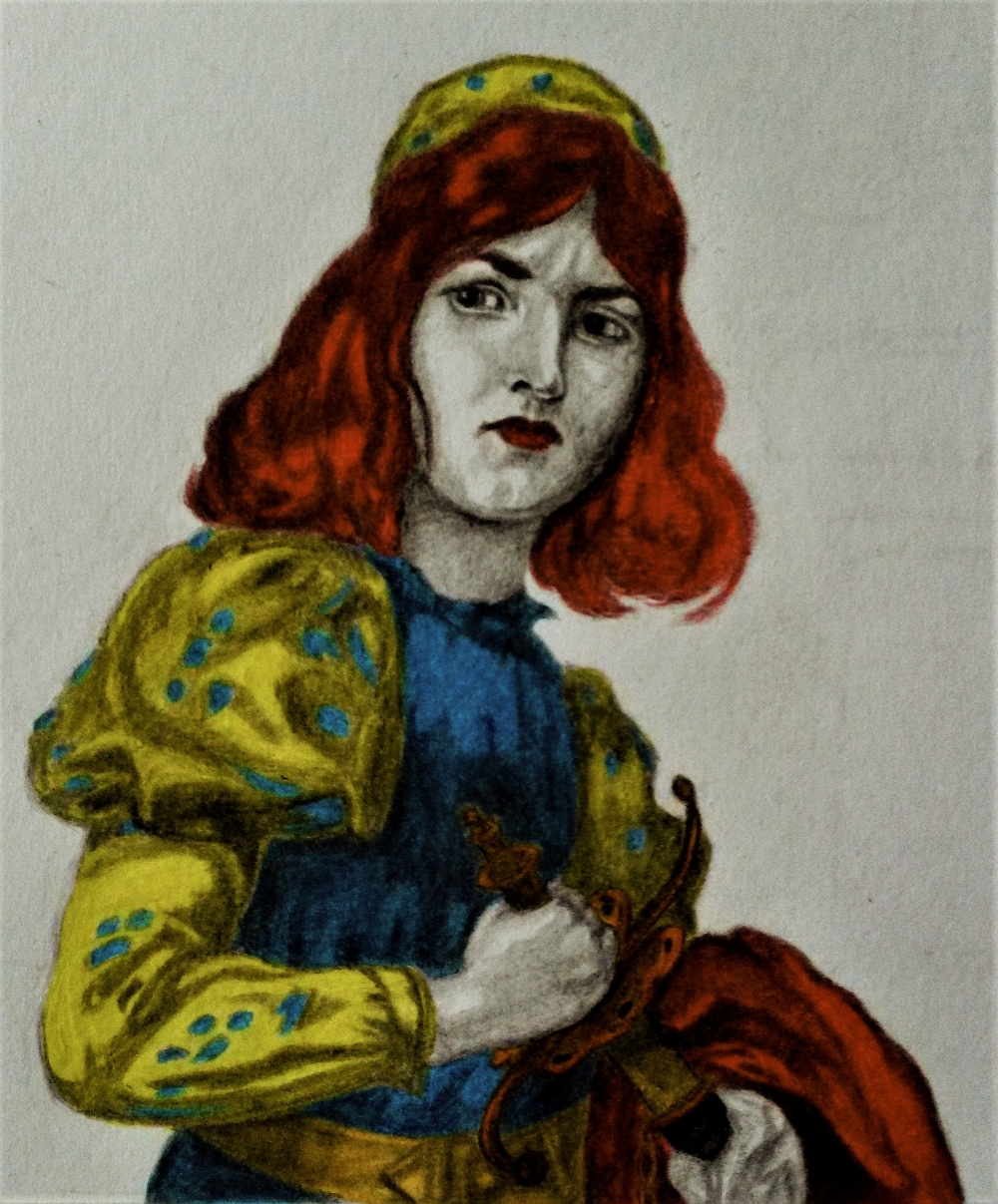 Rubbing his thumb over a wallet-size photo of his girl, Billy Bob looked out the bus window. The world blurred as the vehicle moved alongside the pavement. How he was tired of the blur. To think he was finally on his way home. After seven months on the road, he would, at last, get to see the quiet beauty of his country ranch and the most beautiful woman on 1000 acres.

Getting off the bus, he found his Dodge Ram still parked where he left it. He also found it free of dust and clutter. That good old girl of his had been doing upkeep. Every time he thought he had a good woman, she did something to teach him, he had an even better one.

Crawling down the dirt road, he took in in the night sounds. Sounds he had missed out on the road. Nothing sounded as good as it did back home. Turning off his lights, he timed the length left before shutting off the engine and coming to a rolled stop.

"Now, who could be here at this hour?" he said to himself.

He slipped out of his truck, briefly examining the unknown car before heading inside. Billy Bob crept around in the darkness as not too make to much noise. Getting to the stairs, he started up when his ears picked up the lovely sound of his dear Katy. As he closed in on the bedroom, the scent of cheap cologne tickled his nose.

Throwing open the door, Billy Bob stood in disbelief. Katy jerked the covers over her naked body after shoving her lover to the floor.

"Billy? B-b-b-baby it's not what it looks like," she stuttered.

"Not what it looks like. You're naked, in our bed, fucking some random guy!" he shouted.

The naked man clung to the end of the sheet, attempting to cover his face.

"Explain! You want to explain to me why you are sleeping with my girl."

"It just happened; it was an accident."

"You bastard," Billy Bob said, pulling him to his feet. "You're going to pay for this."

With one well-placed punch to the face, the country boy knocked the competition out. Turning his attention to his unfaithful lover, Billy Bob gathered her up using the sheet to tie her to the headboard.

As Steve came to, Billy Bob sat in the oversized recliner writing a song about lost love and broken hearts. The fire roared in the living room, creating shadows against the wall. The shadows struggled, unable to escape or break free.

"To think I trusted the two of you," Billy Bob said. "I asked you to look out for my girl while I was away," he stood, "not to have your way with her."

Billy Bob reached down, securing the gags that kept his victims from defending themselves.

Billy picked up the fire poker and rolled it around in the flames. Singing, he waited for it to turn red.

"Now my buddy Steve," he said as he pulled the poker out of the flames. "I hope you enjoyed my woman," he stood over his former friend. "I hope you memorized every last inch of her succulent body because you are never going to see another one as long as you live."

Plunging the poker down, Billy Bob seared shut Steve's big blue eyes. Tossing the bloody poker off to the side, he knelt next to Katy.

"I can't believe you betrayed me. Didn't I give you everything? Didn't I spoil you as a good man should?"

Picking up his smallest hunting knife, he used his large meaty fingers to take hold of the blonde's eyelids, slicing them off her perfect face as she passed out from the pain.


© Copyright 2020. Mia Twysted All rights reserved.
Mia Twysted has granted FanStory.com, its affiliates and its syndicates non-exclusive rights to display this work.
Don't miss this both by two of our own! A book by Tootie and Commando

Advertise With Us
Beast
Even houses are affected by the past...