What The Blind Girl Saw #26 by Sally Law

She is a top ranked author and is currently holding the #4 position.

She is also an active reviewer and is holding the #19 spot on the top ranked reviewer list.

What The Blind Girl Saw #26 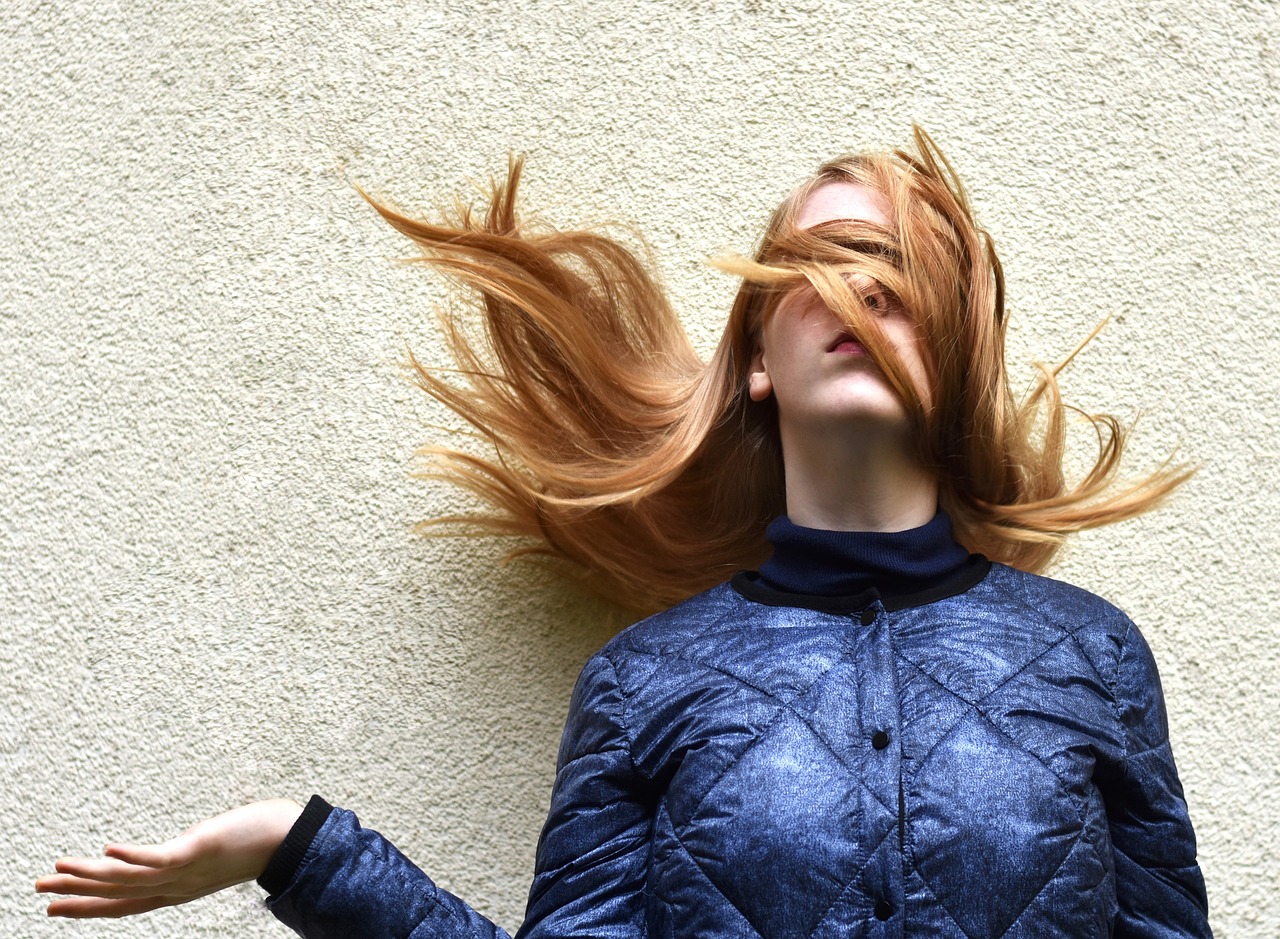 ~**~
"Nothing is permanent in this wicked world -- not even our troubles."
Charlie Chaplin

The events of this murder trial continued to twist and turn, taking on a life of their own.

I tried to remain calm as Detective Mike Lembowsky relayed the most shocking news yet. His voice was just above a whisper as he spoke to Jackson and me over lunch.

"Dr. MacLavish called a few weeks ago while performing Charles Dupree's autopsy. It seems she pulled a full carat-weight pink diamond from his stomach."

As I was trying to process this latest verbal bomb, our iced drinks were served. Thankfully, I had a moment to think before responding.

"So, my assailant was on to something," I said. "I've read stories about criminals swallowing evidence in order to get away with the crime undetected. But a diamond?"

"Yeah. It's my experience that criminals will do anything for money, and this pink rock is worth two million."

"Wow, Detective. What are you going to do with it?" I asked.

"Oh, it's not mine, or for me to decide--it's yours. You're the only living relative of Charles Dupree, and heiress to Andre Dupree's fortune. Everything naturally goes to you--heiress."

I gasped. "Excuse me, did I hear you say I inherited a pink diamond, retrieved from the insides of Charles Dupree?"

"Yes, you heard me correctly. It's secured in the same vault as the white diamonds, for now, and will remain there until the trial is over. For safety reasons, you understand. Without a doubt, Philippe Savard--and his associates--would kill for it."

I sat in stunned silence, unable to speak. I should have been happier--or something. The white diamonds were given as a gift to me from Andre, but now a pink diamond was mine by default. This was just the strangest thing that had ever happened to me.

I shared most of my lunch with King; and he received it obligingly, resting his head on my lap in contentment. However, I was in another world, maxed out physically and emotionally.

As I walked back into the historic courthouse, clarity and calm finally came. I suddenly realized exactly what I was going to do with the wealth I had inherited. For the first time since the trial began, I was peaceful, knowing that God had been working in these circumstances to bring about a desired result. Possibly, I was an answer to someone's prayer, or maybe the answer to many prayers.

Philippe Savard was fretful, and this was usually not the case. He was not accustomed to being cornered with no viable options.

As he sat in cell number four, a creepy sense of familiarity hung over him. This was the same cell where Charles Dupree had died.

Since he had been dismissed from court for the day, Savard decided to check on his mold specimens. He grew the hurtful bacteria in his library books, stuffing food particles in between the pages until his specimens turned fuzzy white. Then, he would scrape the toxic residue and carefully place the homegrown mold into discarded salt packets. Philippe Savard was an evil mastermind with a biology degree; and, to the detriment of everyone around him, he had no conscience.

Poor Clayborne Moore just had to learn the hard way.

He was interrupted when the buzzer sounded in his cell. "Hey, Savard, ya got some visitors. It's your two defense attorneys, Clayborne Moore and Ashley Bishop."

"Your English is appalling. Please allow me a few minutes to freshen up."

"Sure thing," drawled the guard.

Savard tidied up his cell, hiding the evidence of his evil doing. He had just sat down on his cot when he heard footsteps echoing down the hall.

"I would say I'm glad to see you both, but then--that would be pretentious," said Savard in a surly tone.

Ashley Bishop nodded out of sheer politeness and made her way to the single chair offered her. She opened her brief and set out the needed documents for their meeting. "We have about forty minutes to talk. Court resumes at two o'clock, Mr. Savard."

Savard reclined back onto the squeaky cot. After admiring his manicure, he spoke. "And just what do you two want to talk about? I'm residing in squalor, thanks to the world's worst defense team," he said, pointing.

"You've dug your hole pretty deep," said Clayborne as he leaned in to his loathsome client, his face flushed red.

"Now, here is the best deal in my opinion. The state of Louisiana has a truckload of forensics with your name written in blood. You admit what you did, but say it was a heist gone wrong, and that you killed Andre Dupree in the heat of the moment. This will lessen your charge to murder in the second-degree. To sweeten this deal, I will withhold my charges of attempted murder. I have a witness from the restaurant who saw you sprinkling something on your food, then immediately switching plates with me while I was on my cellphone!"

Ashley Bishop stood up, then coaxed Clayborne down in her chair. "Here, Clay, take this," she said, offering him a bottled water along with his blood pressure medication.

Clayborne gulped down his medication as he walked towards the cell door. "Sergeant Ray, could you step inside here, please?"

"Good afternoon, Mr. Savard, we meet again. I'm Sergeant Dina Ray, and this is my partner, Officer Nate Smith. We have a search warrant, and will be combing your cell for the next hour. It would be a good time to have lunch, if you haven't done so. Or, possibly check out a good library book. I overheard your copy of 'In Cold Blood' is long overdue."

"Come with me, Mr. Savard," said Officer Smith, his presence towering from the doorway.

"We will join you, Mr. Savard," said Clayborne, rubbing his hands. "I think you'll find our legal guidance most helpful to your future."

Leo Fermier had washed his hands thoroughly before coming near Hava von Gil and her child. He had just been near a quarantined hospital, stopping short of the door with his dairy delivery. They ate lunch quickly and resumed their travels, planning to head back east towards Strasbourg.

Their polite conversations turned more serious as they drove.

"Leo, there is something I must ask you; and it's not a small thing."

Leo felt a pain in his heart, for he knew he had no claim on this woman, but hoped for a chance in the future. Whatever she asks, I will do.

"I would be honored. What do you need?"

Hava took a deep breath. "I need to cross the border to Hungary, to a town called . . . ." Leo interrupted her before she could finish with her request.

"Hava, have you not read the newspapers? Hitler has occupied Hungary since March of this year. It is filled with violence and unrest, much worse than France. This is not my opinion; it is coming from my French Resistance sources. Absolutely not. I would not subject you to these obvious dangers. It's unthinkable."

Hava sat quietly with her head bowed. This information was new, as she had been in hiding for two years, removed from war news and communications from her family.

Leo continued. "I'm sorry I was so direct. It's my protective way. If you're open to another suggestion, I have one. My large family would be more than happy to welcome you and your son."

"I'm pregnant, Mr. Fermier, and I am willing to search for any living relatives. I am a Jewess."

"I supposed you'd been in hiding. You're very pale."

"Yes, a young man and his family took us in. The fear of the Germans overtaking his family's farm was so great, he suggested we move to another place. A more remote and secluded spot."

"Is that where you were coming from when you hailed me for a ride?"

Little Andre began to cry, so Leo pulled over to stop. Hava cuddled her son in her lap until he fell asleep.

Looking out the passenger window, she saw a beautiful little girl and a young woman walking down the street. The girl was carrying her doll so affectionately, it reminded her of Jeanne-Louise Dupree. She looked again, and then, again. It couldn't be Jeanne-Louise, I don't recognize the woman.

"Just outside Colmar. Why?"

"The family that hid us, the Duprees, they had a little girl named Jeanne-Louise. That little girl over there looks just like her," said Hava, pointing.

"I served under a Dupree in the French Resistance. He was killed in 1942, I recall. A fine man, a farmer with a family.

"What was his first name?"

"Armand Dupree. I remember he had a son, Andre, who was crazy for art. He was an accomplished painter at a young age from what I understood."

Andre arrived just after midnight at the cave. Maman was still sleeping soundly, covered with his shirt. Thankfully, the moon shone enough to light his way up the hill to the entrance. The straining truck made more noise in the uphill climb than he would have liked, possibly drawing attention to the hiding place from any passer-by. He stopped and parked just short of the tree clippings used to conceal the entry.

Suffering from exhaustion, Andre moved as quickly as he could to get Maman out of the truck and inside. She awoke to his prodding.

"Yes, we are finally home. Hava will help me and you will recover, you'll see," he said in trembling voice.

He pushed the branches aside and moved past the gate he'd built to keep little Andre from wandering outside. Disturbingly, no oil lamp was burning.

"Hava!" Andre called. There was only an echo in the pitch-black cave.

Andre hurried back to the truck and took out his emergency flashlight. It barely shone, but just enough to help him find the oil lamp. He lit it and saw the bed Hava had made for Maman and Jeanne-Louise. Leading Maman by the hand, he laid her down to rest. A jar of water was sitting on the table, and he gave her a long drink and aspirin for her fever. Maman went back to sleep immediately. He put an extra blanket on her and made sure she was comfortable enough.

Has Hava moved her bed further back in the cave? Surely, that is where she'd gone. She wouldn't have left the cave alone and on foot.

While searching for something to eat, Andre's eyes fell upon the table. A letter was waiting for him in Hava's handwriting. Next to the letter was a velvet pouch with a Star of David embellished on the outside and tied with a jeweled ribbon.

Hava had made sure the promise from David to Andre had been kept, for there with the letter were the promised white diamonds along with a pink one from their family's treasury.


© Copyright 2020. Sally Law All rights reserved.
Sally Law has granted FanStory.com, its affiliates and its syndicates non-exclusive rights to display this work.
Advertise With Us
What cost, Freedom?
Freedom has a staggering cost