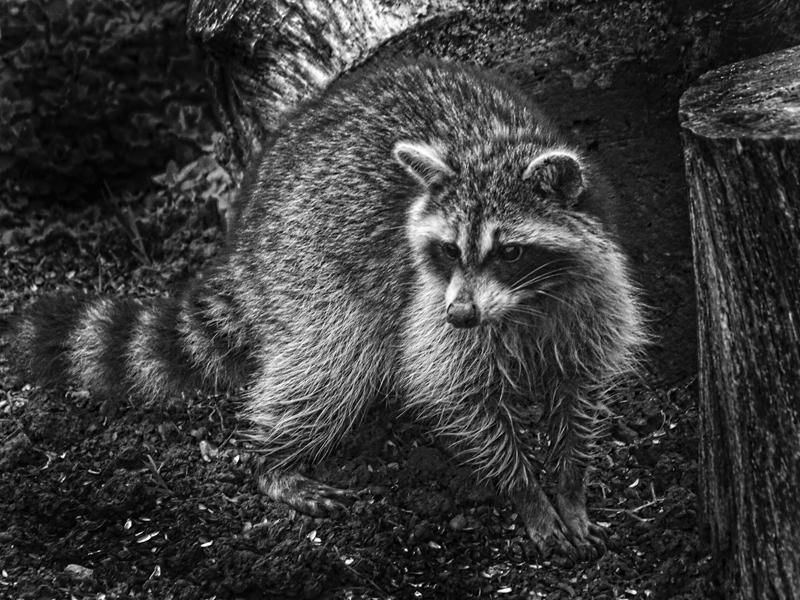 Well this wasn't going to be just any ordinary day, no sir, it was going to be unforgetful for one man. I will call this man Heath Cliff. Now Heath Cliffr, he worked for a bread delivery service his day was usually routine. Thinking today was just like any other day he began his daily routine.

What he didn't know was he had a hitch hiker. He never had a clue, until he was miles down the road. People began to try to get his attention to tell him he had a raccoon on his roof. Driver after driver tried to alert him what was going on.

Finall stooping to deliver his product a man came running over to him to tell him he had a raccoon on his roof. Laughing he gets out of the truck to find out yup, it was really true! A terrified raccoon looked at him. They tried to get him down but he refused to acknowledge them. He refused to budge.

Well he went on back to finishing his route hoping he would get off at one of his stops. No luck he hung in there to the very end when he returned to his place of work to turn in his truck. Not being able to talk the raccoon into getting off the truck and leaving they left it to Mother Nature to take care of things.

When everything quieted down and the truck was off by itself the raccoon investigated his options. He walked back and forth trying to make up his mind as to what he wanted to do. Finally he worked his way down the truck and ambled away into the woods never to be seen again. It was amazing he had traveled a distance of sixteen miles clinging to the truck.

Returning to work the next day Heath Cliff took a razing about his helper the racoon.They all watched the security camera of the raccon's climbing down off of the truck.Yup,it was a day to remember for both the raccoon and Heath Cliff.

Taking a copy of the security tape home he told his wife and kids he had something to show them after supper. They were anxious to find out what it was so they rushed through their supper and desert in record time, no dawdling tonight.

They all retired to the living room each one picking a spot getting comfortable. Putting in the tape they all were surprised. There on the film was this big ole raccoon sneaking on top of the truck! Pausing the tape
Heath Cliff filled them in on what happened during his route and told them the raccoon refused to get down, so he finished out his day hopping he'd get off at one of his stops. Well there was nothing left to do but return him to the place of business and he pushed play on the DVR. Then they saw the raccoon disembark the truck after everyone left proceeding to go on his way into the woods.

Artwork by willie at FanArtReview.com