The Seal of Quality committee has rewarded him with 2 seals. He is also an active reviewer and is holding the #53 spot on the top ranked reviewer list. 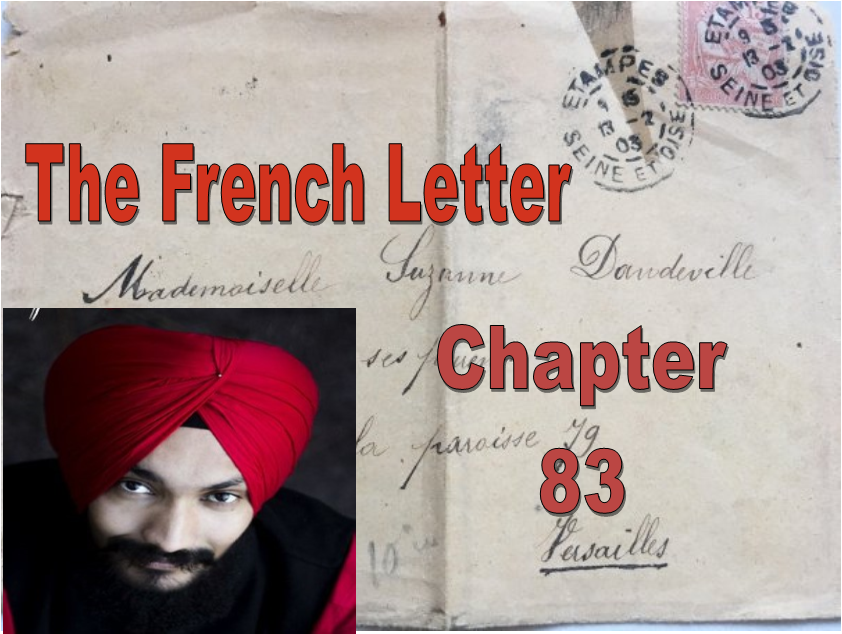 "Rasheed like bad penny. Keeps turning up." He flashed us his golden smile and, with his foot to the floorboards, set off like a greyhound out of its trap. "Not to worry, sahib. Rasheed very best driver in Lahore. Have you home in no time."

I saw Rasheed looking in the rear-view mirror, and I turned round. There was a black saloon car following us, and it was catching up.

Without warning, Rasheed slammed his foot on the brake. Our car slewed around a corner into a narrow side street, fishtailing before he regained control of it. Then he took off at an alarming pace, zigzagging across the city until he was sure we were no longer being followed. Eventually, he slowed down.

"What the hell is going on?" My initial fright turned to anger. My pulse was racing out of control as I leaned forward and grasped Rasheed by the shoulder, wrenching him round to face me.

This took him by surprise and, as he swung round, his eyes blazed with fury. I realised I had made a mistake. Although I couldn't understand the actual words he spat out, there was no doubt of their intent. He reached forward and produced a gun, seemingly from nowhere. My mouth went dry. I felt sure he was going to shoot me.

Helen cut in and exchanged a few words with him in his own tongue. I don't know what she said, but it seemed to calm him. He lowered the gun, but his body remained poised like an eagle about to swoop.

"Tell him I'm sorry. I was unnerved."

"You can tell him yourself. He speaks perfectly good English."

"Then why were you jabbering away to him in Urdu?"

"Oh, really? And when did you learn Punjabi?"

"I know a few words of it. He was affronted and alarmed by your rough handling. I told him it was a reaction to circumstances, and you meant no harm."

Anxious to defuse the situation, I mustered all the sincerity at my disposal. "I apologise, Rasheed. I'm very sorry."

He made a scornful gesture of brushing his shoulder, as if to smooth his ruffled feathers. His features and his body relaxed, and he reached over the back of the seat. We shook hands, though I still sensed that he was wary of me.

Helen answered for him. "Pakistani Intelligence Services. I've heard of them. They have a bad reputation. Sadistic ways of obtaining information from people."

"But I don't understand. Why were they chasing you?" I said.

"Not chasing me, sahib. Chasing you. Rasheed drive very fast to protect you. Now Rasheed's in danger, too."

I could appreciate that, and I couldn't understand why he'd put himself at risk for us. It didn't add up. Why were the intelligence services after us, anyway? We'd done nothing wrong. And why the gun? Why was our taxi driver carrying a gun?

Helen continued her soothing and conciliatory approach. "You're a brave man, Rasheed. We are in your debt. How can we ever repay you?"

"Not necessary, memsaab. Kind deeds, caring for others, is good karma. That's enough." He pointed to a frangipani tree overhanging a low wall. "My guru says, 'You are the flower; God is the fragrance within.'" He looked at her with an expression of transcendental serenity. It was very much at odds with the expression on the face of the man so recently behind the gun.

"You get out here," he said. "Parkway is two streets away. Best my taxi's not seen there."

Although it took less than ten minutes, we were both perspiring by the time we reached the hotel. There was little or no breeze to stir the shimmering heat from the bitumen. A mangy pye-dog lay panting under a jessamine bush, one of a row that had been planted to soften the austere façade of the building. They were tall enough to provide shade for the cars nosed in along the forecourt. To our relief, the black sedan was nowhere to be seen.

When we entered the foyer, it felt like an oasis. Although the two boys were no longer behind the desk, their place had been taken by an older man. He waved his hand up and down in front of his face.

"Very hot outside," he said. "Wait here while I fetch you a cool drink."

After a few moments, he returned with tall glasses of foaming white liquid. "Doodh soda," he said. "Very refreshing." He was right.

"Dude soda! I must remember that." I later learned it was a mixture of 7-Up and milk, a fact I filed away with gol gappas for my upcoming article on gastronomic experiences in the Punjab.

When Helen and I reached our room, she collapsed on the bed.

I turned on the ceiling fan above her and said, "I don't know about you, but I'm going to take a shower."

She reached for the TV remote and started to flick through the channels. I left her to it.

I'd scarcely begun to wash the city grime from my body when she called out, "Charles! Come quickly. They are showing details of the bombing on the news."

I wrapped a towel around my torso and hurried to join her. The news was in Urdu, of course, so I could only follow the pictures. It looked as if a hotel foyer had been blown apart. People were running in all directions.

"They think it may have been the work of the Sikh Separatist Movement. A tall man wearing a scarlet turban was seen shortly before the explosion. He was lifting two large suitcases out of the back of a taxi. Not an unusual occurrence, but an eyewitness said he saw him come out again, running down the steps two at a time and taking off in a hurry."

"Holy Jesus!" I said. "That must have been Rasheed. So, it was him that they were chasing."

"No-one has claimed responsibility for the bombing yet, but they say there will be updates as fresh information comes in."

The TV switched to an advertisement for Coca Cola, with beautiful young people cavorting on a tropical beach, then it went blank. The fan slowed to a standstill.

"One of Lahore's famous power failures," Helen said. "Never mind. They're used to it. The hotel generator should kick in shortly."

Sure enough, it wasn't long before the TV flickered back on. An official was being interviewed. Helen watched for a few minutes then she clenched the pillow at her side.

"He says the suspect was later seen outside the Liberty Market. Two foreigners were climbing into the back of the taxi, a man and a woman. The authorities think we must be accomplices, because the taxi accelerated away as soon as the police gave chase."

I couldn't believe what I was hearing. "Go on. What else?"

"He says the three terrorists managed to evade capture, but police are still searching and expect to make an arrest soon."

The room began to sway, and I felt sick to the stomach. Grabbing hold of a chair to steady myself, I looked at Helen and said, "So ... the tables are turned. It seems that we have become the hunted terrorists. What on earth are we to do now?"


© Copyright 2020. tfawcus All rights reserved.
tfawcus has granted FanStory.com, its affiliates and its syndicates non-exclusive rights to display this work.
Advertise With Us
A clown...
A cinquain.