She is also an active reviewer and is holding the #33 spot on the top ranked reviewer list. 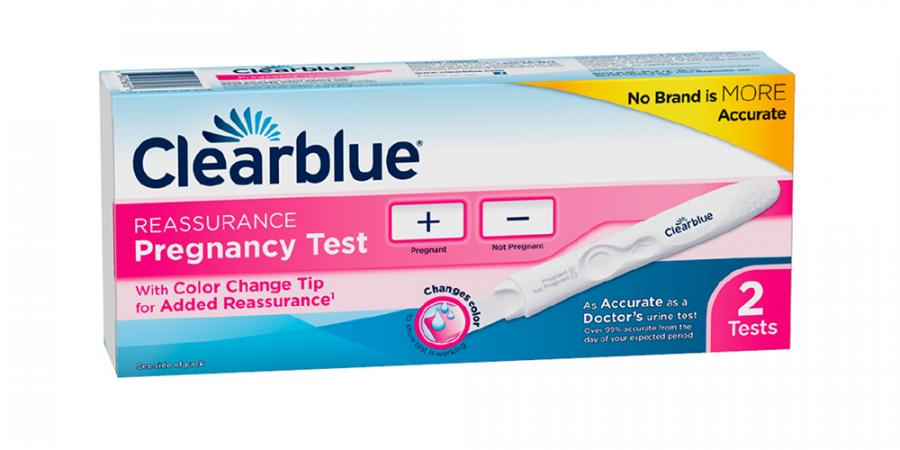 Still day four of McKenzie and Logan's relationship. I know it's been a long day, but it's still Saturday.

Nancy held up the key. "I found it." She joined the others sitting in the living room. "Can I offer either of you anything to eat?"

McKenzie rubbed her stomach. "No thank you."

Logan reached for the key. "Thank you Mom, but we just finished dinner and dessert with Bill and Joanie Abbott." He glanced at McKenzie. "I think we were going to visit Megan's apartment tonight, right?"

As McKenzie stood, she took Logan's offered hand. "We were."

They headed toward the front door. Good byes were said, and they walked down the front step.

Nancy watched them. "Peter, aren't they a cute couple?"

"Mom, I heard that," called Logan. "We aren't a couple. We're working together to solve Megan's murder."

"Then why are you still holding hands?"

They dropped each other's hand. "We're not," answered Logan.

Inside the car, Logan released a deep breath. "Sorry about that. Mom can be...well, Mom."

McKenzie smiled. "At least she engages with you. Sometimes Mom - " She stopped in mid-sentence.

Logan stopped backing out of the driveway. "Do you want to talk about it?"

"You sure want to talk about a lot of things. Maybe you inherited it from your mom."

"Point taken." After a long silence, Logan asked, "Anything in particular you're looking for besides Megan's phone?"

"Definitely the phone." McKenzie paused a moment. "Maybe a purse. Your dad brought up an interesting point. Why was Megan in that park at two o'clock in the morning? I'm beginning to wonder if she was killed someplace else and dropped there. Tomorrow I want to get a good look at the crime scene and compare it to the crime scene photos. I still haven't seen the autopsy report. There are a lot of questions nobody has answers for."

Logan parked in a vacant slot. "True." He released a deep breath and pointed. "See that blue Ford Taurus?" After McKenzie nodded, he continued, "That was Megan's car. Dad needs to do something with it. I bet he hasn't had time to think about it."

"I wonder where the keys are. Wherever she was, somebody drove her."

"Mom has a spare set." He chuckled. "In one of her drawers."

McKenzie smiled. "I have a feeling growing up you spent a lot of time waiting for your mom to find things in a drawer."

He got out of the car and opened her door. "I did. Ready?"

As they walked up the sidewalk, McKenzie said, "Those are good memories."

Logan put the key in the door's lock. "They are, but it frustrated me at the time."

"I'm sure it did." McKenzie waited for Logan to push the door open. When he hesitated, she said, "Maybe you should wait here. I won't be long."

Shaking his head, Logan said, "I came home to find my sister's murderer. This is part of the process."

"It could bring back memories."

He flipped the light switch. "Or help solve her murder. To be honest this is only the second time I've been in her apartment. The first was when I helped her move in."

"You knew her better than I did. Where would she leave her phone?"

Logan ran his fingers through his short hair. "How should I know? I always know where my phone is. Where would you leave your phone?"

McKenzie walked around the living room and scanned the area. "I usually leave it on a table or in my jeans' pocket." She turned to face Logan. "Did Megan carry a purse? If so, how big?"

Frowning Logan hesitated. "I'm not going to be much help. I didn't pay any attention. Sorry."

"Don't worry about it." She turned down the hallway. "I'm checking her bedroom and bathroom."

"I'll finish the living room and then start the kitchen. Holler if you need anything."

McKenzie nodded. "Whatever." She grinned to herself. What am I going to do with him? I can understand why Megan thought he was over protective. And I've only known him four days. He already tries to boss me around.

*****
About thirty minutes later, Logan came into the bedroom. "On the fridge, Megan kept a calendar. She had written down a meeting with Sidney at 8:00 P.M. on the night she was murdered."

McKenzie hid an object behind her back. "That's interesting. Nobody's mentioned a Sidney."

"I guess she could be a friend."

"With a name like Sidney, it could be a male or female. Monday morning, I'll call Ms. Middleton, and see if she knows a Sidney."

"Good. What are you hiding behind your back?"

She scooted a little on the bed. "Nothing. Why do you ask?"

Logan moved closer. "Because I saw you move something behind your back when I walked in. What is it?"

She held out a box. "Nothing really."

He took it from her and read the label. "It's a pregnancy test. What? Was Megan pregnant?"

"I don't know. It's still sealed. I haven't seen the autopsy report yet."

Logan plopped on the bed. "She must have thought she was or she wouldn't have bought it."

"Maybe she got it for a friend."

He tapped the kit in his hand. "Who are you trying to fool? I've already figured out my little sister isn't as innocent as I wanted to believe."

McKenzie studied him for a few moments. "I'll work in the kitchen. I'm surprised the police haven't searched this place. I wonder why not."

When Logan entered the kitchen, McKenzie pointed to a smudge in the counter. "The police did process the apartment. They took a fingerprint from here. I'm surprised they left it so clean. I'm curious what they found and why it wasn't in the report." After she sighed, she said, "I think I'm finished for right now. I may want to return later. Are you ready?"

On the way home, McKenzie was silent as she studied the streetlights. Finally she said, "Monday's going to be busy. I won't have time for the gym. After a run, I'm going to the police station and find out why Megan's apartment search wasn't in the report and recheck the report on the area where she was found. I'm betting it was a dump site. I don't believe she was killed there."

"I'm beginning to think there's a cover-up, but why?"

"I don't know. Her phone's still missing and probably some sort of purse or at least a billfold. I need to see her autopsy report."

"I'd like to know if she was pregnant. If she was, who's the father?"

"I doubt we'll ever have that information." McKenzie paused. "I need to set up an appointment with Eleanor and see what I can find out about Donny. Also call Middleton and see if she knows a Sidney."

Logan glanced at her. "Are you going to the Tin Roof?"

"I'd like to. I need to check with Jose and see if he's free Monday night."

Pulling into a parking slot in front of McKenzie's townhouse, Logan said, "I'm going whether he's free or not. I'll be a fly on the wall."

"I doubt that," McKenzie said as she opened the car door and got out.

"You're supposed to wait for me to open it for you."

"I know you're capable of opening it by yourself, but my parents taught me to be a gentleman. I'm supposed to open doors for a lady. It's just what I do."

McKenzie unlocked the front door and waited. After a few moments she said, "Aren't you going to open the door for me? I thought that's what you do? I'm waiting."

Logan opened the door and bowed. "You may now enter." After he entered, he closed and locked the door. "You're impossible." He noticed her smiling. "You enjoy every minute of it, don't you?"

"Sure do." She petted the two dogs and let them out the back door.

He checked his watch. "The police detail should be here before long. Is there anything we need to wrap up before I leave?"

McKenzie shook her head. "Not that I know of." She released a deep breath. "Want to discuss Megan?"

"I don't know of anything that needs to be said." Logan turned and faced the door.

"Or so you hope." McKenzie walked over and put her hand on his arm. "I don't know how to say this delicately so I'll just blurt it out. Just because Megan may have been pregnant doesn't change who she is."

Logan looked down at her hand and then placed his over it. "I know. She was a young, modern woman. I just remember her as my baby sister."

McKenzie's eyes met his. "You told me you weren't married and never have been. Have you ever had sex?"

His eyes widened. "Where did that come from?"

After releasing a deep breath, she continued, "Did you ever think any of those women could be somebody's baby sister?"

He scratched his jaw. "I get your point." Turning his head toward an outside noise, he added, "I think your detail's arrived."

McKenzie closed and locked the door after him. "And I'm sure none too soon for you."

Thank you google images for a photo of a pregnancy test. Does it play a role in Megan's murder? This post is a little under 1500 words. I hope you don't mind. This time I only made a couple of changes. LOL I hope I didn't make it worse. Again, thank you for your wonderful support.

First graders start tomorrow. I will be back in full swing. Oh my!!!!
Pays one point and 2 member cents.


© Copyright 2020. barbara.wilkey All rights reserved.
barbara.wilkey has granted FanStory.com, its affiliates and its syndicates non-exclusive rights to display this work.
Advertise With Us
Early Years 1881 - 1898
The Joliffe family arrive at Jericho Farm.

Pays: 10 points. and 1.10 member dollars
Copyright © 2000 - 2020 FanStory.com. All rights reserved. Terms under which this service is provided to you. Our privacy statement.
top
You Have No Rank
Share 4 posts to be ranked.