A story of vision in politics 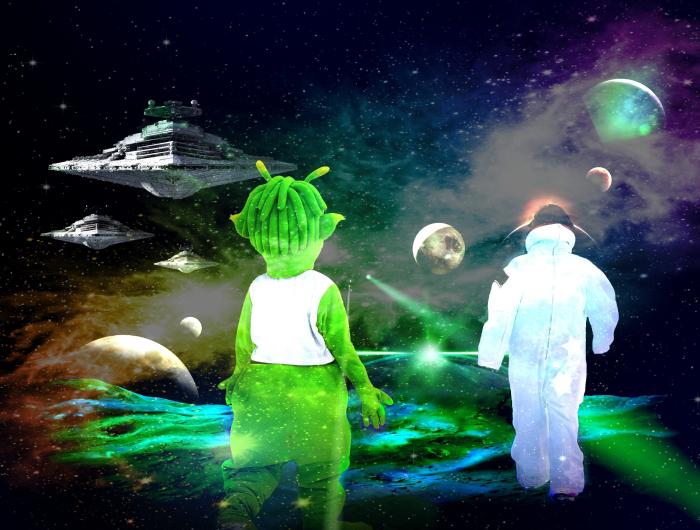 Patricia and Tom Green were getting prepared for their infant son Bobby to wear glasses. Their attitude was that impaired vision means a vivid imagination. Everything is drawn back within the brain and the mind while what's in front is seen in a slight blur. Their son is a thinker, they thought.

At 6 months, Bobby was apparently having problems with his vision. A hazy look in his eyes was constantly present. It was as if Bobby could even be blind. After several visits to the pediatrician the diagnosis was just that. Bobby was blind.

Patricia, having tremendous faith in God, brought him to church. They attended 10 o'clock morning mass at St. Joseph's in Quincy, Massachusetts. After which Patricia spoke with Fr. Kringle and told him Bobby's situation. Taking a palm filled with holy water and pouring it on Bobby's forehead, Fr. Kringle blessed Bobby and asked God to guide him and his loving mother to the light. After a soulful prayer session Patricia thanked Fr. Kringle and left the church with Bobby. Just when she opened the door, a blast of the suns rays came upon them. Patricia, unprepared for such bright sunlight, bowed her head as she walked down the steps towards the car while Bobby, comfortably strapped in his chair looked up and made direct eye contact with the sun. As they proceeded to the car he let out a sound as if he were overcome by a soothing warmth signaling total comfort.

When they got to the car Patricia opened the door and went to put Bobby into the back seat. She then looked her son in the eye and all of a sudden she was blinded by a light so bright it was as if she was looking directly into the sun. She was so shocked by it's intensity that she almost dropped Bobby. After a few seconds had passed, full vision was restored to a still shaken Patricia. She thought to herself that the suns reflection off of the car window must have went directly into her eyes temporarily blinding her as she put Bobby in the backseat. She then strapped him in and started the car.

As she started to drive, a feeling came over her like never before. She was feeling absolute comfort. Every muscle in her entire body was completely relaxed. All of a sudden, a light appeared that took her breath away. Driving as if she were a pilot ascending through clouds, she then realized that God has blessed her and her son, who not only could see, but see the light as well as cause others to bear witness to the presence of God. Her son had a gift, a power from above.

Bobby grew up a humble man of faith. Living to serve God while experiencing human life. He was quiet, confident and always willing to learn as he entered a career in politics, a true man of the people.

With overpopulation on the rise and global warming getting worse, confusion has set in like never before for the political leaders of the world. While the earth tries to adapt to the constant overflow of technology and its imbalance of the airwaves brought on by smart phones and computers, the possibility of World War 3 is growing to new heights due to nuclear capabilities. The earth is changing to fast to soon, which means the people of the planet are changing with it and their confidence has become dangerous. Russia, China and Iran has made it clear to the United States that they will join forces and attack major cities all throughout America if they don't ease up on their development of weapons of mass destruction. What Russia, China and Iran don't know is that America has become paranoid of the 3 countries and their capabilities as well. It is molding into paranoia vs paranoid, and it's getting ugly, fast.

What these countries don't realize is that every time one of their space programs sends a telescope into outer space on a mission it creates a pathway leading back to earth. Sort of like a boat and the wake it leaves in the water behind. What they also don't realize is that 5,000 light years away a planet much like earth has exploded sending thrusting shock waves through the universe . It also gave a boost to a massive space ship, from that same planet, filled with what we would call aliens. These aliens were on board traveling through the universe for searching for a habitable planet. Reason being is that they went to far with technology on their own planet causing the explosion not long after boarding the space ship, a ship roughly the size of 3 air craft carriers. They to, much like us, had global warming detectors, and they to, much like us, ignored the warnings. Almost up until it was to late and death to all.

When they took off, they went in the direction of a slight pathway that was detected far off in the universe. This pathway was a result of constant telescope missions sent from different space programs. The spaceship was heading towards earth.

"Are we ready?" asks the President
"More then ready, sir" replies General Bartlett
"Feel free to speak your mind people. The world is going to war, and we either attack or we get attacked . It's that simple." President Rushmore says as nuclear war seems inevitable.
"Sir, if we launch an attack, in what order are we to proceed?" asks Secretary of State Linda Brown
"Moscow, Beijing, Tehran. All at once. If not, America will get nuked...Without a doubt.

Out in the universe, traveling at an estimated 500,000 miles per hour, is the space ship heading on a B line straight towards earth. In it's path is an asteroid roughly the size of a giant sky scraper. Within a second, a laser exited from the front of the ship, blowing the asteroid to pieces which the ship, after protecting itself with a clear bubble like shield, went rite through while increasing it's speed another 250,000 miles per hour. Using sonar, they can detect earth. It's distance is light years away. Then, seemingly out of nowhere, the space ship, now with no protective shield, formed into a giant oval shape. In an instant it's speed excelled so fast that it gave the appearance of a massive green light excelling it's way through the universe straight towards earth.

Back in the oval office, the tension was evident as the reality of the situation formed a life of it's own.
"I call for a vote. Should we or shouldn't we strike? Majority will rule to possibly save the United States of America and eventually the world" says President Rushmore as his cabinet members eagerly await the outcome of the meeting.
"Bobby?"
"No sir"
"Linda?"
"Yes sir"
"Wendall?"
"Yes sir"
"John?"
"Yes sir"
"And I vote yes"
As Bobby Green stands up he walks over to the window and stares directly into the sun. He then closes his eyes and walks towards President Rushmore. He opens his eyes and looks directly into President Rushmores...Blinding him.
"What's happening?" asks the president "I can't see anything" A second later, he is in a tranquil state of mind. "Oh my God...Oh my...God. I see the light. I see the light"
"Are you o.k. sir?" asks Linda Brown as President Rushmore has a look of absolute peace.
" Sir, should I order our submarines to get into position to launch?" asks General Bartlett as the president sits in total comfort.
"Sir, are you o.k.?" asks Secretary of State Brown
"Sir, what should I do?" an impatient General Bartlett asks President Rushmore "We're running out of time" as the President displays a peaceful smile
"We're pulling back, no launching."
"What?, But sir, you said it yourself. If we don't launch, we'll get launched on"
"I didn't say that."
"You know what I mean sir."

Just then the presidents secretary, Jane Wright came running into the oval office.
"Sir, I think you should look out the window."
They all stand and walk over to the window and see the spaceship hovering high above the north lawn of the white house.
"Oh my God" says the president in absolute awe
"What is that?" asks Secretary of State Brown
"It looks like an alien space craft" replies the president
"It's beautiful" responds Brown
"Should we send up the F-15 fighter jets. They can be there in no time sir"? asks General Bartlett
"Sir...Sir, what should we do'?
"Nothing...They come in peace" responds President Rushmore

The space ship continued to hover for another 10 minutes. In Russia, China, Iran and all over the world, sightings of the space ship have been reported. The world was in an anxious frenzy as the ship started to ascend slowly, getting higher and higher. The president and his staff stood in silent awe as the ship took off so fast that the only thing left in it's wake was a trail of green light.

President Rushmore walked over to his desk as if he were walking on sunshine. He then got onto his intercom and asked Jane to get the leaders of Russia, China and Iran on a conference call in 5 minutes. After a deep breath, he looked at his staff. "Linda, men, what we saw here today was the light...God bless us all.

Brian Taylor1 has granted FanStory.com, its affiliates and its syndicates non-exclusive rights to display this work.
Advertise With Us
What cost, Freedom?
Freedom has a staggering cost