To Climb or not to climb by Randa Dayle 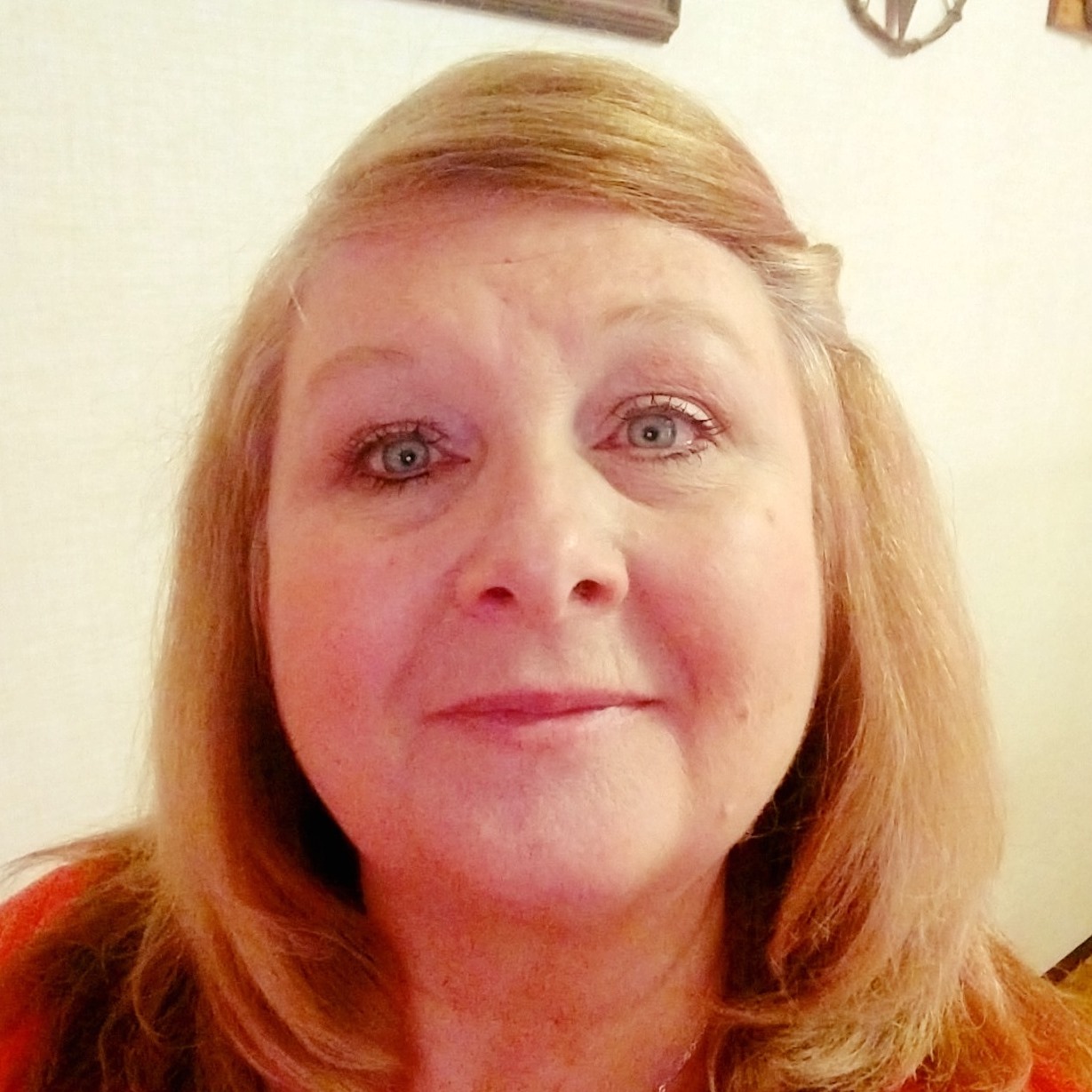 Will Zody climb to the top of Mount Effulgent

A chapter in the book The Beginning of Beginning

To Climb or not to climb 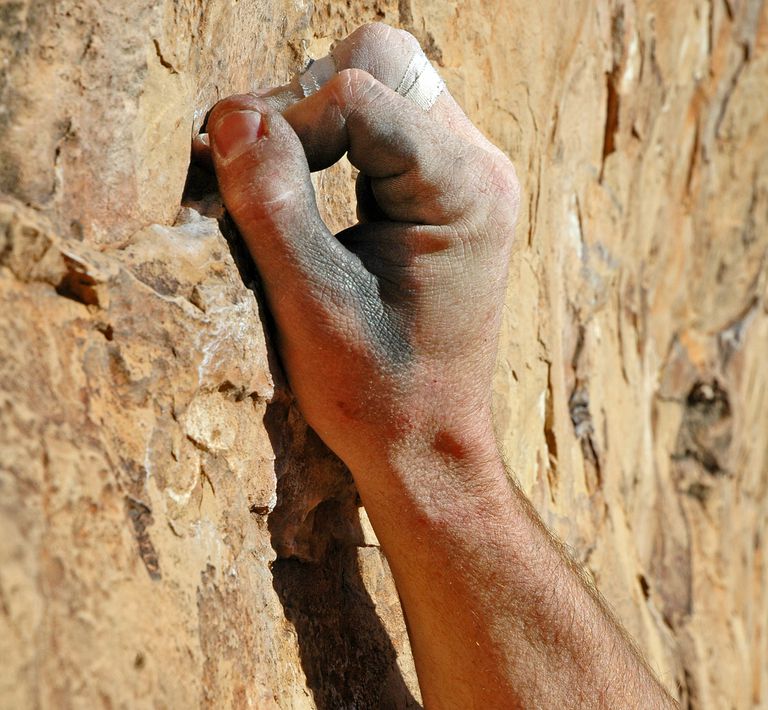 To Climb or Not to Climb

“ When we were created in the Prism of Light, the gift of choice was given to us.

While the Crowned Heads are pleased when we improve,

they will never force us to return to them.”

A decision had to be made, either he was foreordained to climb the slick face of the giant crystal volcano standing in front of him, or he could return to his home in the hot, red desert, and fight in the roaring battle against the Nixers. Either choice was a death sentence.

All of his life Zody had known the dangers of Mount Effulgent, the dungeon home of the exiled Crowned Heads, Vett and Pyna. Who had been imprisoned deep inside the crystal caverns for close to a thousand years because of rebellion. During that time they plotted and schemed on how they could bring to past the destruction of the Prism of Light, and Gods of Color who reside there. But the biggest risk happened by touching the slick walls of their mountain prison. Any contact to it created a conduit for them to see straight into the touchers' soul. It would be impossible to climb without touching it.

Spreading their vile messages throughout the entire planet to those who were sensitive enough to receive them, by the crystals that originated from Mount Effulgent, they tainted the heartstones of the children of the Gods of Color and corrupted them. Then forced them into service to fight with them against their creators.

As he sat deep in contemplation of the enormous task he was facing, he opened his aged leather knapsack and looked at the six illuminating heartstones inside. The precious orange, yellow, green, blue, indigo, and violet heartstones glowed like moonbeams as they danced down from the heavens. They enthralled him each time he looked at them, yet when he did he was overcome by grief, as he remembered how they came to be in his possession.

Taking out the yellow and orange heartstones with his large rough hand, Zody summoned his courage and held back his sadness. Before replacing them, he touches each of the other four pulsing heartstone. Those stones represented his friends those who had believed in him and saw something in him that he never had.  After all, he was only a poor farm boy from Redlands Junction, an insignificant fourteen-year-old member of the first nation. Never had he imagined that he was one of the foreordained.

As he gazed over the mountain from its bottom to its peaks he pondered about what needed to be done and how to do it. Deep inside he had known all along that he would be the one to who would climb to its top, despite the dangers of doing so. Not just because he knew how to climb but, because he knew where the seventh heartstone was. The legend that he learned was simple, someone would climb the deadly mountain, and place seven rainbow-colored stones around the mouth of the long-dormant volcano. That was what was needed to set into motion the events that would end this rebellion. All he is missing is the red heartstones and he knows exactly where he will find it.

The land around the base of the mountain was almost as sparse as its crystal face. The red desert sand that surrounds it was dotted not only with creosote and jojoba bushes but with the mighty Sergio cactus, the sentinels of the desert, which stood there like guards. Removing his antler-handled buck knife from the scabbard his Grandmama Jogee had beaded for him, he finds a small brush and uses one of its branches to carve into a feather stick. With the first spark of his flint and steel, it ignites. The fire catches quickly and is soon able to sustain itself. After the wood finishes crackling and the coals are as red as pickled beets, he sprinkles the dried sage over them. Immediately, the smoke turns white and begin to twist and twirl in the air. With both hands, he fans the sweet smoke towards him and inhales two big deep breaths, as he begins to prepare himself mentally for the smudging ceremony that will purify his body, his aura, and that will chase the evil spirits from the mountain.

Shedding his well-worn shirt he sits cross-legged by the fire and begins to softly sing the songs of his ancestors. Every so often Zody waves more smoke over his body, and breaths it in deeply. When he has mentally prepared he takes his knife and cuts across his pectoral muscle, directly below his collar bone, and directly above his red beating heartstone. only deep enough for a smooth thin line of blood to appear. Dipping two fingers from each hand in the blood he draws a horse symbol on his abdomen, to remind him that the battle raging on this planet is for freedom. Redipping his fingers in the blood he draws a bear claw symbol on both of his cheeks, for protection.

As he considers how to proceed, he gazes through the hazy smoke and is startled to see Vett, Crowned Head of Black, looking kingly in his ebony floor-length robe and jewel-encrusted crown standing there sneering at him, “Can a simpleton like you make an important choice like that?” He laughs a low throaty laugh, his white teeth glow against his onyx colored skin as he speaks. “Do you think that you are going to save the world?”

Jumping to his feet he spins quickly and is stunned to see Pyna, Crowned Head of White, in her white dress beaded with shimmering crystals, in her sparkling crown, her stark white hair braided in an exquisite fishtail, “What if you do climb to the crown or of our mountain, way up under the clouds, and place those silly stones where you think they belong, only to discover that you are not the foreordained one?” Laughing she adds, “There is no possibility that you are one of them. Isn’t that correct brother?”

Zody backs slowly toward the mountain as Vett tells him, “We were there when the foreordained where chosen. We have seen the beginning and the end. And you, farmboy, do not play any part in it.”

Pyna continues, “You know how insignificant you are. Your friends, and everyone who has died helping you were wrong to think that you could accomplish anything.”

With his back pressed up against the face of the mountain Vett and Pyna move in closer. It is then he hears a voice, as clear as a lark song, in his mind, “Hatsóí ashkiígíí!” (Grandson!); it was the voice of Grandmama Jogee. That was all he needed to snap himself to attention and instantly prepare to face the danger surrounding him. The lessons he had been taught by his precious Grandmama from his boyhood, and the others he had met on this journey, begin to flood across his mind in only a brief flash. They comforted him, gave him courage, and he reminded him that he had no reason to fear the Crowned Heads of Black and White, because he could command them. “Leave!” he yelled with all of his might, and just as suddenly as they appeared, they were gone.

Out of habit he immediately looked over the sandy floor for traces that the two Gods had been there, and where they could have gone. Puzzled at the lack of evidence,  Zody can not find a footprint anywhere. Stamping out the fire he regathers his thoughts and finalizes his plan to the top. He has noted where his ascent would start, and memorized the route up for as far as he could see. Expertly his eyes make out an invisible trail that he will need to follow with care and exactness. Studying the cracks and buttresses he considers the best way to reach them. Confident he could get himself out of any predicament, as Grandmama Jogee had taken him climbing ever since he was a small child, and he has been solo climbing for years. His calloused hands could grip better than men much older than him, and his long tanned fingers were strong. He prided himself on how well he could campus the overhangs, but unfortunately, this climb would be primarily a face climb. From where he stood he could see a good-sized splitter not too far up, where the crystals formed a crack in them big enough for him to squeeze into and crack climb up a good distance. “This is not a race,” he reminded himself. “Do it right, and do not forget to rest.”

Starting with a side-pull, he strains to lift his lanky body. His long slender arms reach up sliding against the face until he feels an edge, only an eighth of an inch wide, with a crimp grip he crushes his fingers on the tiny ledge as he continues to pull himself up farther.

If he can keep control of his thoughts and emotions, he will beat Vett and Pyna. Since he has touched their sacred mountain he knows that are already plotting how they can stop him. They will try to take over his thoughts and emotions, remind him of his faults and weaknesses, give him conflicting information, make him doubt his skills and his calling, and if they do he will fail. Only commanding his mind and keeping it occupied on the teachings of the Sterling believers will keep him safe. He will finish this task or die trying.

This is a re-write of chapter one. I have tried to incorporate all the suggestions that I felt helped the story.

Drum roll, please!! Here is the really real, beginning of the story. What I have done is started with the ending of the book, and the story is going to be told as Zody climbs Mount Effulgent.

So there will be things that the reader does not know at this point, but hopefully, it will be intriguing enough to want to read the story to find out what has happened.

Thank you to all who have read and commented on my story, you have inspired me to finish it, and I hope you will enjoy it. I am sorry with my changing points of view, my hope is that it will flow easier.

I am looking forward to more comments and corrections. I try to incorporate all that I can to improve.


© Copyright 2020. Randa Dayle All rights reserved.
Randa Dayle has granted FanStory.com, its affiliates and its syndicates non-exclusive rights to display this work.