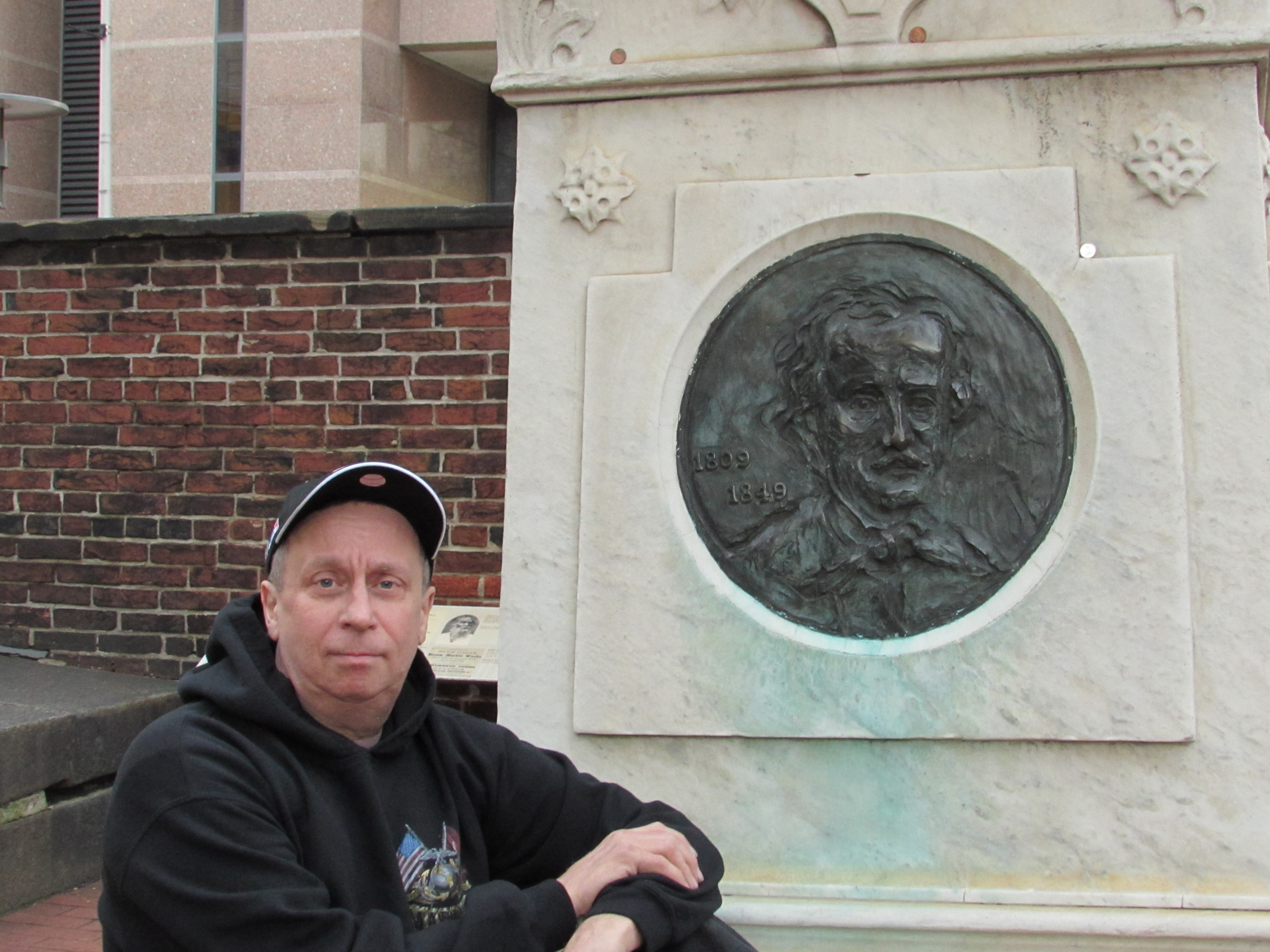 The Story Tale My profile Poem

Creating tales and fantasies
of new worlds to explore more...

a long day comes to an end 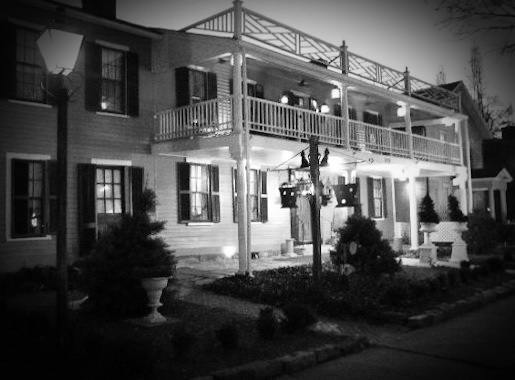 Walter is walking the grounds with his loving family. They spent the entire day in the zoo admiring the beautiful animals. His lovely wife, whom he loves dearly, knows that Walter has a haul tonight. So, she cherishes every minute they get together. They admire the tigers, the lions, the exotic birds, and have a glorious day.

Walter has been married for the better part of 20 years and their fifteen- year- old son is walking in front of them. They stroll along the sidewalk and Walter thinks about the cabin that he is working so hard to get. Two more big hauls and the cabin is all his as he drifts off into his small daydream. He can see the future and knows how blessed they are to be able to visit the zoo on such a spectacular day. The three are a loving and grateful family. Their dreams are coming true.

Later that night, out on a long, dark, desert highway that has a history of fatalities, and even more road kill, Walter makes an unscheduled stop for a pick me up at an out of the way Inn. Walter is running his long haul tonight in his specialized tanker truck, but usually makes his coffee stops at known places. Tonight, he has come across this Inn at a most imperative time. He is in desperate need of rest.

He parks his Amthor Cardinal tanker on the side of the road and steps out. The mural on the side shows a lovely scene of his dream cabin with tall evergreens, a cascading waterfall, and a bear on his hind legs holding a fish. Feeling warm and sweaty, he rubs his head and shakes off the road. He has his cell phone up to his ear as he says to his wife, “I’m okay babe, just stopping for a quick refresh.” The phone had autodialed and now it disconnects. He realizes that the service might be limited as no cell towers seem to be located in this part of the highway.

As he walks matter-of-factly into the Inn, he notices a wolf not too far away from the side of the building. He is wary, but continues towards the entrance. He knows he needs something to help him get through the rest of his journey, but as he walks through the doorway he pauses, almost forgetting his reason for stopping. It looks like the wolf is smiling at him.

He feels mesmerized by his eyes, as sweat starts to bead on his face once again.

Instead he walks towards the pool as a way to cool himself. He looks at the lounge area as the wolf follows. In the pool, a beautiful woman is swimming and she takes a few strokes in the clear, shimmering water.

She dives eloquently under as Walter goes into a trance. He follows her silhouette until she appears before him. At the steps of the pool, she emerges from the reflection of the pristine water.

He hears, “You are not welcome here!” A rumble is heard and the voice is all encompassing. Immediately the pool water changes into a raging fire. Walter shuts his eyes tightly, and when he opens them, the woman’s shape is changing. He rubs his eyes. As flames lick around the water’s edge, what Walter sees is a dragon in place of the woman.

Walter fears that the fire is hovering over the water. He turns away from the pool and runs in fear to get help. He makes his way towards the inn.

As he turns away from the pool, the dragon’s shape morphs into a woman again. Walter takes one last look to make sure he’s not imagining the scene as a wave of memories flood his mind.

The woman is quite old. She looks him dead in the eye and locks his stare.

At that moment Walter remembers an accident he had that injured an older woman in a parking lot long ago, and the woman resembles her.

She changed her will and left him a memento. His tanker truck was given to him as part of her will. It was implied that he had to endure a reminder for his work every day for the last 15 years. But he had stuffed the memory way down as he heard her words, “You’ll never be a good driver Walter, NEVER!” repeatedly until he finally made it through the door frame of the Inn.

He sees a beautiful woman behind the bar. As he steps into the dimly lit lounge with its long mahogany bar, he sees the buxom barmaid has stunning green eyes and raven black hair. She is so petite but extremely top-heavy so that his eyes almost pop out of his head. Her cleavage reveals quite the rack, he thinks to himself. He continues to try to remember why he is there as he approaches the bar.

On a bar stool, he sees a tough, gritty lone biker, a man older than him with grayish hair straggling down from his shoulders and a blue bandana on his forehead. He has a denim jacket and he is sitting alone and not making conversation with anyone in the bar. He thinks it is a bit strange that the man is not chatting up the beautiful barkeep, but continues towards the chair.

Walter walks up and sits down next to the biker. His cell phone rings almost simultaneously as he sits on the stool. “Hello?”Walter asks. His wife was reaching back out to him because of the disconnected call.

“What is that racket?” the biker asks in annoyance.

“Are you there, baby? I haven’t heard back from you,” Walter hears a woman’s voice coming through the phone.

Walter is trying hard to answer, but his wife doesn’t seem to hear him.

“Dad, hey are you there? Hello?” Walter’s son’s voice is coming through strong.

“Must be a bad connection,” he says as he gazes ahead towards the lovely barmaid and the cell phone dies.

He remembers coffee is why he walked into the bar. As he begins to order his coffee, the alluring barmaid is pushing a shot across the bar towards him. He starts to refuse her, “No I don’t drink while I’m driving.”

Just then he hears a man upset in the back of the bar next to the jukebox. When the barmaid goes to slide the shot on the bar, a bottle can be seen just beyond her shoulder with the words “The House Specialty” written on the label.

“A quarter, I need a quarter, do you have a quarter? I need one really badly! Do you have a quarter?” Almost like a broken record this man seems a bit off. He stands a hair taller than Walter and is leaning against the jukebox with his arm over it. He is hollering in Walter’s direction.

The biker is sitting in silence and Walter is skeptical about striking up a conversation with him. The biker sits mutely beside him. It doesn’t appear that the barmaid is speaking to the biker at all. His curiosity starts to peak. She seems to be intentionally ignoring him entirely and a bit hostile when looking his way.

“Hey, man, do you know this fine woman?” Walter asks the biker.

“Yeah, dude, she’s my old lady,” the biker says without any hesitation confirming that the beautiful raven-haired barmaid is taken. Walter immediately minds his charm and flirtatious side and doesn’t offer any further commentary on her beauty.

The biker seemingly flashes a memory into Walter’s mind of a scene where the biker and his wife were riding carefree down the same highway the Inn was located on. The biker sees his wife flashing her tits out of her spaghetti strap top while riding on the back of his bike. He can see her exposed breasts in the side mirror of his Harley, when he gets distracted. He wrecks the Harley. The next thing Walter sees is the couple’s argument. It is the last time the two have spoken. The scene is sometime in the past because it was daylight when their wreck happened.

The tall, slender guy standing by the jukebox keeps asking specifically in Walter’s direction for a quarter. He insists on playing the jukebox. He drops to the ground and is crawling on the floor looking crazily for a quarter that may have fallen. He is only bothering Walter as he starts to get closer to where he and the biker are sitting.

Walter glances down at his watch and it has stopped. When he glances up at the clock on the wall at the back of the bar, it appears to be moving backward. He shakes his head, trying to clear the fog in his brain and what is being shown to him. Something just isn’t right.

The barmaid says, “Mister, everyone here has at least one drink if they sit at the bar.” She pushes the shot back again in Walter’s direction. He hears a growl from a nearby wolf.

This time she is a bit more forceful. She gives him a raised eyebrow and leans in real close. He takes in a huge breath hoping to catch her scent but there is nothing that he can pick up. He finally concedes as if to please her and hopefully gain some interest and further conversation from her since the biker is silent.

Slowly Walter drinks the shot set before him. As he does, he realizes he is now back in the tanker truck and he is starting to burn. He looks at each arm and screams, “What have you done to me?!” He is dumbstruck as he quickly tries to open the truck door. 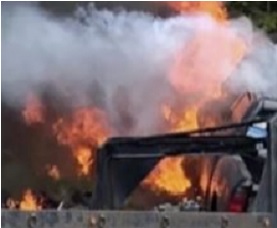 He can see the Inn and he sees there is a car pinned beneath. He sees his tanker flipped over and engulfed in flames. The tanker is sitting at the base of trees that has stopped him and the cab of his rig from completely flipping over and everything from rolling and exploding.

Beyond that, all the people from inside the bar are haunted figures staring out at him through the windows. Beneath the truck is a passenger car also ablaze.

Firemen are approaching the scene at a rapid pace trying to extinguish the flames. As if there was nothing there, they run through the screaming woman.

Walter can see and overhear a single fireman speaking to a police officer who is searching frantically to orient himself.

Walter has killed a woman and a baby. He fell asleep at the wheel and had hit them head-on. A baby’s cry is heard.

Walter hears the fireman say, “I don't remember The Dead Stop Inn being here along this highway!”

Right as the word highway is spoken, a loud boom blasts and can be felt for hundreds of miles.

A large piece of metal shrapnel flies into the fireman’s head striking him dead instantly. The policeman he was speaking to was saying at that exact moment, “The Dead Stop Inn, there is no Inn here.”


© Copyright 2020. TheStoryMan All rights reserved.
TheStoryMan has granted FanStory.com, its affiliates and its syndicates non-exclusive rights to display this work.