She is a top ranked author and is currently holding the #13 position.

She is also an active reviewer and is holding the #20 spot on the top ranked reviewer list.

What The Blind Girl Saw #13 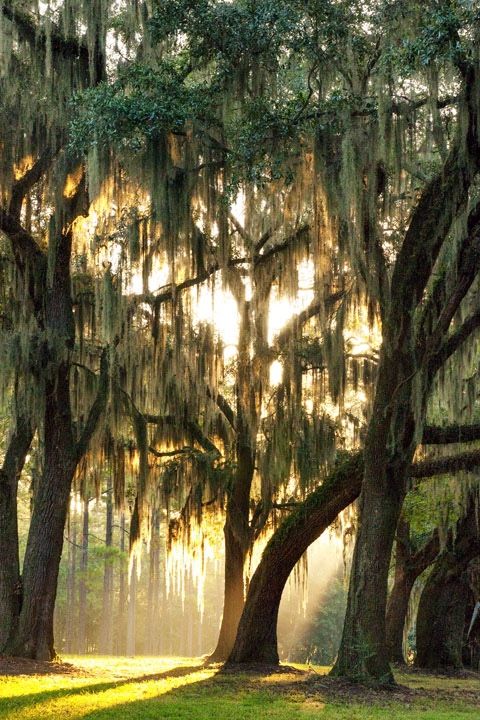 It was a quiet evening at the county jail in Lafayette Township.

A balmy breeze from the gulf blew through the Spanish moss-laden trees which lined the compound.

On the winds came a messenger, the name engraved on his calling card was... Death.

The shadowy figure arrives this very night, unexpectedly, which is his character.

The front desk guard, Duane Haskins, was more bored than normal, certain the sweeping hands on the wall clock had barely moved. Seinfeld reruns played back to back and kept him from nodding off.

A red light continued blinking from cell number four in solitary confinement. He recognized the number--that of Charles Dupree.

The main entry door rattled as the breeze blew stronger. Even the stately oak trees bowed in obedience. A squall was coming, carrying with it the unexpected visitor.

A small light was still shining in one of the prison cells, painting the hallway with a single ray. Charles Dupree was still up, writing, and hoping the guard would bring him something for his pain along with a glass of milk. He had already called the night guard three times, and hoped the prison doctor was still on his way.

His hands shook as he finished the letter, a letter he had written to Mrs. Law. He would read it one more time to make sure he had remembered everything--every detail, every single sin to be repented of. Only then could he die in peace and face the Almighty.

His stomach hurt so bad; but, really, that was his fault, too. Alcoholism has ruined him... his pancreas and liver, shot.

Rolling to his side, he adjusted the reading lamp just above his single bunk. He pulled his memo pad close to his burning eyes so he could see more clearly as he read.

First, I must confess, I have asked God to forgive me for the horrible things I have done to you all, and especially my father. He didn't deserve to die like that.

With that being said, here is what really happened the day of my father's murder.

I discussed and planned it all, step by step, along with Philippe Savard. The only part that was not true to my side of the deal was my father's murder. He was killed--in cold blood--by my evil partner.

In the beginning, it was all about stealing and selling my father's oil paintings. In my opinion, they were never displayed and sold as they should have been.

Philippe Savard had online buyers ready to purchase, paying us handsomely. He had many connections in the art world, and had pictures of my father's oils ready for bidding as soon as we had them in hand. The pre-arranged sales seemed to fall in place effortlessly.

However, once Savard got wind of the white diamonds and their possible whereabouts behind one of the oil paintings, he went crazy. That's all he could think about. He shifted his interest solely towards the diamonds.

On the morning we arrived at my father's house, we had planned to knock him unconscious with the flower pot and steal a few of his paintings. I got into it with Savard on the front porch, and he cut his hand on some broken pottery shards. He went into the garage and retrieved a towel along with a crowbar. Then, running back and through the open front door, he jumped my dad as he was walking away, hitting him so hard with the crowbar that it killed him instantly.

I will have to live with that ghastly sight until I die--which I suspect will be soon.

He walked past my dad without emotion, and began to check behind the paintings. But, I was so distraught--hysterical really--that I couldn't join him in the search. I left him there, walking as fast as I could to catch the next train. He was burying the crowbar in your yard when you and King came upon him. I'm certain he would've killed you, too, if it weren't for your protective dog and quick police response.

Later that day, Savard texted me and said he looked for diamonds behind every painting but came up empty handed. I knew then, the gems had to be in your care, or hidden behind the rose painting given you by my father. Dad always boasted they were in "safe keeping."

I was confident at the time, Savard would've been back to steal the diamonds himself, and God knows what lengths he would've gone to get them. I volunteered to burglarize your home, and retrieve them from behind the rose painting, paying off Savard to get my life back. (My dad always kept a key to your house on an alligator keychain by his front door. That's how I entered your home so easily.) I'm sorry about that, too. Anyway, we know how that ended, and here I am.

Philippe Savard is evil, greedy, and has no conscience. I sorely regret my days spent with him. He deserves the maximum penalty for what he did. It was pre-meditated, with malice, with the intent to kill.

I hope I live to give testimony of these things; but, if not, please deliver this letter to the State Prosecutor via your detective friend.

I blame myself for letting this happen. Even now, I beg God to forgive me, along with my father, you, and Jackson. I hope you all can forgive this--forgive me.

He folded the letter as neatly as he could and tucked into an oversized envelope. He pulled out her mailing address scribbled on a piece of paper from his pants pocket.

It hurt to move. The shooting pain in his abdomen was becoming more unbearable by the minute. He pressed the emergency call button once again, holding it down with all his might.

Township family practitioner and former Army medic, Dr. Seth Gooding, was on call this weekend for any and all prison emergencies in the southernmost sections of rural Louisiana.

He drove the world's oldest living Jeep, he thought, with 400,000 plus miles on its original odometer--boasting of the older, well-built cars of yesteryear, saying, "a car that didn't last at least forty years wasn't worth squat."

His 1968 automotive classic was doing just fine despite the squall-like conditions. He was a little bit late for his urgent call to the county jail in Lafayette Township because he has stopped to help an elderly gentleman repair a flat tire in the blowing rain. Oddly, when he pulled back onto the road and checked his rear view mirror, the other car was gone. It was if the old man had disappeared into the tumultuous night without a trace. He shook it off and continued on, his windshield wipers on maximum speed.

He was waved through the security door as Duane Haskins buzzed him in.

"Good evening, Doctor Gooding, how are ya?"

"Whew... pretty good. Sorry, I'm late. I had stopped to help a fellow stranded in this mess with a blow out."

"Let me check your bag, please, and then I will escort you back to Mr. Dupree's cell."

"Sure thing. I brought him a dose of OxyContin for tonight. I cannot leave a prescription with him, as he could possibly overdose. I will be back every twelve hours with a single dose until I can have him transferred to a medical facility."

"All right, doctor, you and your bag may come with me."

The hallway lights were motion-activated, illuminating the narrow wing to cell number four.

The light no longer shone in cell number four. The spirit had come and gone, and with him, the soul of Charles Dupree.

He lay peacefully upon his bed with an envelope in his hand. In it was a letter--a departing gift--that would redeem him, and hopefully bring justice in the days ahead.

To read on to chapter 14 of "What the Blind Girl Saw", click here.

Photo from Pinterest. https://images.app.goo.gl/vxLPiyNedw9oFQdx5
Pays one point and 2 member cents.

Pays: 10 points. and 1.17 member dollars
Copyright © 2000 - 2021 FanStory.com. All rights reserved. Terms under which this service is provided to you. Our privacy statement.
top
You Have No Rank
Share 4 posts to be ranked.