What The Blind Girl Saw #12 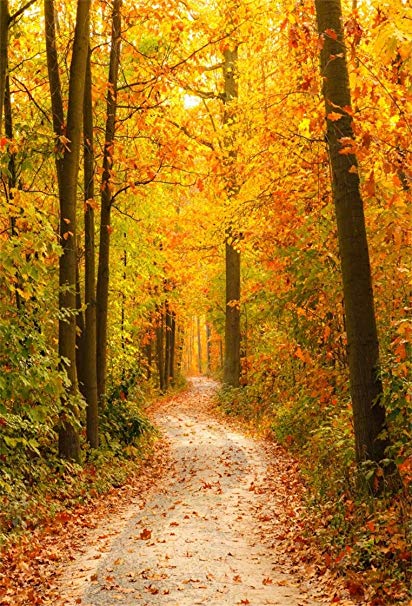 As the trial for the murder of Andre Dupree approached, the more behind I felt with his funeral preparations.

I desired to have this sacred moment in time untainted, without the dark shadow of the trial falling upon it.

It would be an emotional time for our small township-- especially Jackson, King, and me.

I had ideas to make the eulogy of my dear friend special, as he was truly one of a kind.

My own father left my family when I was young, and I never knew him--not really. But I knew Andre, and in him I saw the father I had always wished for.

I wanted to borrow a few items from his house for tomorrow's graveside gathering. It was, however, still sealed off with crime scene tape. I called my good friend, Detective Mike Lembowsky, to see if he could help out.

"Good morning! How is the world's finest canine trainer and her family?"

"Hanging in there, Detective. Listen, I have a favor to ask."

"Just name it," he said, in his thick Jersey accent.

"I need a few things from Andre Dupree's home, and I wanted to know if you could help me out?"

"I thought of a few personal touches for his funeral tomorrow, but the house is still a designated crime scene. Would you allow me to borrow two, I mean, three... possibly, four items?"

"Certainly. Mrs. Harris and I are attending the funeral together, anyway. She is seven months pregnant, as you know; and her husband is deployed overseas. How about if we drop by tomorrow--say, eleven o'clock--to help locate what you need?"

"That sounds great, " I said in a relieved tone. "I can't wait to see you both."

"You're welcome. See you all around eleven."

I honestly don't know why I say I see people, but I do perceive them. I hope they know my perceptions are more of the heart and mind, than that of physical eyesight, I thought. I catch myself all the time, saying, "see you later."

It was a warm day, almost too warm for an outdoor service. I was glad someone had the forethought to bring portable fans. I made sure one was blowing directly on Mrs. Harris, and that she had a bottle of water.

I was dressed in a black skirt and white silk top accented with a scarf Andre had bought me years ago. King had on a scarf too--one that I found in Andre's art studio, draped across his easel. He typically wore it in the winter to "keep the damp, Louisiana air away", as he used to say.

Three of his oil paintings were displayed at the front, sitting amongst his favorite flowers--assorted garden variety roses.

I opened his funeral with a greeting to everyone and thanked them for coming. Jackson stepped forward and held my hand as he led us in 'The Lord's Prayer.' King readily joined us when I called him to come with a hand signal. We stood as one to honor our friend and neighbor who had worked his way into our hearts forever.

"A beautiful day gives way to a beautiful person, a man who loved nothing more than to paint nature, collect poetry, and solve crossword puzzles--out loud. He lived a rich life, and those who knew him were all the richer. We honor him today, our dear friend and neighbor, Andre Dupree. Happy thoughts remain, and sustain us until we see him again in God's kingdom. Au revoir, mon amour."

The three of us stepped to the side, and allowed Charles Dupree a moment in tribute to his father.

He began to read "The Road Not Taken" by Robert Frost.

"Two roads diverged in a yellow wood,
And sorry I could not travel both
And be one traveler, long I stood
And looked down one as far as I could
To where it bent in the undergrowth;

Then took the other, as just as fair,
And having perhaps the better claim,
Because it was grassy and wanted wear;
Though as for that the passing there
Had worn them really about the same,

And both that morning equally lay
In leaves no step had trodden black.
Oh, I kept the first for another day!
Yet knowing how way leads on to way,
I doubted if I should ever come back.

I shall be telling this with a sigh
Somewhere ages and ages hence:
Two roads diverged in a wood, and I--
I took the one less traveled by,
And that has made all the difference." *Source

I don't think there was a dry eye remaining at that point in the service.

King led the final tribute by taking a yellow rose in his teeth and placing it next to his grave. Everyone else followed suit as music played softly.

Jackson and I sat with our kind-hearted dog, lost in our memories of Andre.

A little while later, I felt a tap on my shoulder. I was surprised when I realized it was Charles.

"Mrs. Law, I appreciate your kindness to me and my father, and also for inviting me today. I don't deserve to be here, given the circumstances. Please excuse me... I'm not feeling so good. I'm gonna head back to my posh accommodations," he said, alluding to his police escort back to the county jail.

"I completely understand. Louie Ray is catering our lunch today. May I send some food with you?"

"No, but thank you. I'm wishing for my father's homemade vegetable broth right about now and feel the need to lie down."

"Yes, it was a healing broth, wasn't it? Delicious, too," I said in agreement. "I will keep in touch, Charles."

After he left, I commented to Jackson how changed he seemed, almost... nice. It was as if the bitter rage had left his soul.

I didn't realize it then; but death would claim Charles Dupree before the trial, changing the dynamic of the First Degree Murder charge of Philippe Savard.


To read on to chapter 13 of "What the Blind Girl Saw", click here.
Pays one point and 2 member cents.


© Copyright 2020. Sally Law All rights reserved.
Sally Law has granted FanStory.com, its affiliates and its syndicates non-exclusive rights to display this work.
Advertise With Us
Contemplation
At mountain peak, in search of peace