Please check out the web-site for my recent book. In the preface, I give credit to my time on Fanstory. You can also see what this old, short, bald guy looks like!

A memory from times past 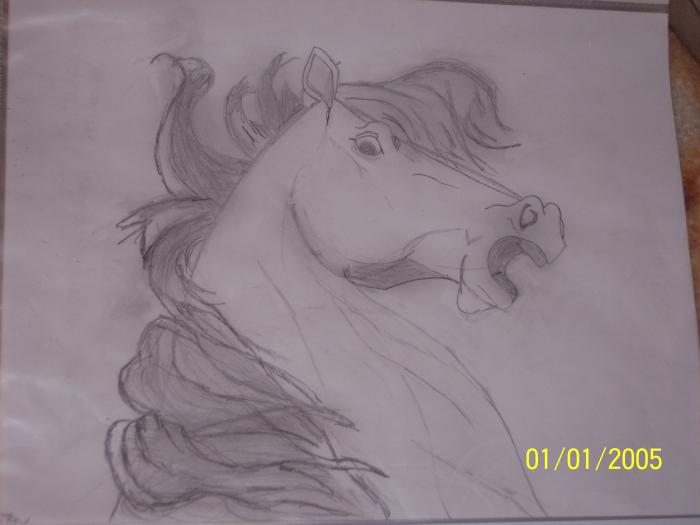 After we divorced, my ex-wife moved 150 miles away. Distance, combined with my hectic work schedule, allowed me to see my two children less than I liked. When I did get to see them, I tried my best to totally focus on them.

My ten-year-old daughter, Rachael, was coming for a long weekend. Just her, not with her fourteen-year-old brother. That made it easier. I was sure that the two of us could do something she liked. One year prior, her mom and I bought her a horse. It was a great investment. She learned some valuable life skills, especially responsibility. She took caring for her horse seriously.

There were stables near where I lived. You rented horses, and they took you on a riding tour through a beautiful, lower Piedmont forest near Pine Mountain, Georgia. I had hiked this particular area and it was beautiful. Tall long-leaf pines and massive oaks towered over the landscape, dotted with small, free flowing streams. It sounded perfect!

I picked my daughter up on Friday night. On the way to my home, I outlined my plans for the next morning. She was ecstatic. Her only regret was not being able to bring her own horse. My explanation sufficed, "Honey, she won't fit in my trunk."

The next morning was one of God's weather gifts. June in West-Central, Georgia can be hot and muggy. The weather report promised cooler than average temperatures with lower than normal humidity. Morning temperatures were in the lower sixties and the high of the day was promised to be below eighty. There wasn't a cloud in the sky. Who could ask for more?

We arrived a little early at the stables. As a concerned Dad, I wanted to thoroughly check the place out before placing my precious daughter on a horse. My experience is you can tell a lot about a business by its appearance. If so, this was a good one. The grounds were well groomed with abundant flower beds. The stables were newly painted and the reception area was clean and neat. Of course, a good perk for me, free, hot coffee.

There were a total of fifteen people waiting. They grouped us all in a small outdoor amphitheater. The staff then began asking each person or couple some questions to assess their background in horse-back riding. This was done to adequately pair the individual with a horse that fit their particular skill set. They were taking notes to pass on to the Wrangler. I was impressed with this level of concern and professional oversight.

My daughter and I were last. When they questioned her, she smiled and said, "I own a horse, and ride her every day I can. If it's too cold or rainy, I go to brush her down and make sure that her stall is clean with new straw."

The riding-staff lady smiled back at her and responded, "That's great honey! I'm glad to hear you take care of your animal. So many don't." She turned to me and asked, "How about you Sir?"

My answer, short and to the point, "I haven't been on a horse in thirty years."

They began bringing the horses out to each individual and introduced each animal by name. There was a great deal of diversity between animals. It did seem they were pairing the larger animals with people of experience. The shorter, fat-butted ones to the not so skilled. I was pretty sure this was the type I would get. Once again, we were last. The horse they brought out for Rachael was really more of a pony. Perhaps they overlooked the skill set and focused on her size. She was small and petite. Her horse's name was Pancho. She seemed disappointed.

Then they brought out my horse. He was huge. If an average horse is sixteen hands, mine looked thirty. His nostrils flared and he actively resisted the guy bringing him out. I was handed the reins and introduced, "This is Diablo." With trepidation, I mounted the horse and off we went.

I tried my best to ride at Rachael's side, but it didn't work well. Diablo seemed to have other plans. Also, he took a quick bite toward Pancho's ear. It seemed best to give room, not only to Rachael, but the rest of the group. I positioned myself to the rear. The next two hours were a war. I wasn't sure who was going to win, me or Diablo. Twice, he intentionally rubbed me up against a tree. He jerked against the reins the entire time. Once, he didn't want to cross a small stream. When I say small, I mean about one foot wide. Most of the horses either ignored it or simply stepped over. I made him approach the stream. He moved sideways and stepped on an old piece of window screen that was on the ground. Apparently, he didn't like the feel and did a violent buck.

I overheard one of the guides later saying, "Man, you don't see a horse leave the ground with all four feet outside of the rodeo." I stayed on his back...Not from skill, from fear. The battle continued. There was a smile on my face when we got back to the stables. I survived!

The staff moved out and helped my daughter from her mount. They asked, "Did you have a good time?"

Quite cheerful, she said, "I really did. At first, I was disappointed with my horse, but Pancho was great!"

"You've got to be kidding. I was never so glad to get off a horse in my entire life. That horse tried to kill me. He twice tried to rub me off, and once we had a rodeo moment when he tried to buck me to kingdom come."

"Well, Sir, sorry about that. We didn't tell you that this was Diablo's first day out on the riding tour. He came to us from down in Florida where he was involved in Thoroughbred racing. We weren't really sure how he would do."

"Why in the world then, did you pair him with me?"

"We wouldn't have, but the feedback we got was you've been riding for thirty years."

At this point, my sweet daughter choked on her cola, spitting it all over me. As if I hadn't had enough!

I was recently looking at photographs. Many of you probably don't remember these...Pictures, printed on paper. My daughter and I howled at a memory from years ago.
Pays one point and 2 member cents.


© Copyright 2020. bhogg All rights reserved.
bhogg has granted FanStory.com, its affiliates and its syndicates non-exclusive rights to display this work.
Advertise With Us
Stars
Oh Starry night