Hung Out to Dry by tfawcus

Hung Out to Dry 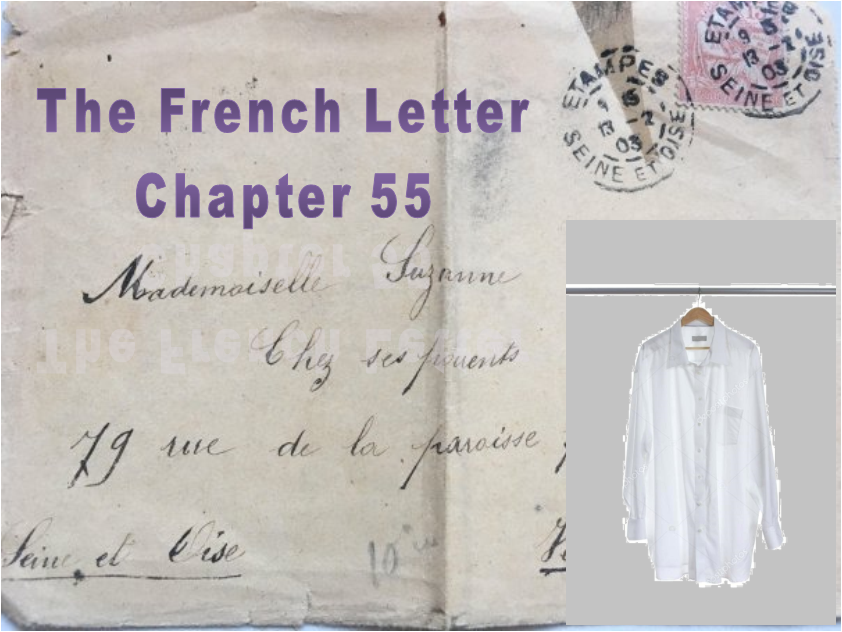 She quickly caught up with me, put an arm around my waist, and started to lick the remains of her ice-cream from my neck in a most lascivious way.

"Perhaps we should go back to my apartment, so that I can clean you up properly. It would be a pity to waste any of that lovely gelato, wouldn't it?"

A shiver went down my spine. It may have been anticipation, or it may just have been ice-cream. "Okay," I said.

I nearly added, "I know when I'm licked," but thought the better of it.

By the time we reached the apartment, I was feeling sticky and uncomfortable. Moreover, Helen seemed to have lost her desire to lick semi-congealed, tepid ice-cream from a hairy back. She offered me a hot shower instead. I hoped, and assumed, she would be joining me, but life is full of disappointments.

My fantasies of an intimate reunion were further dashed when I eventually emerged, only to find that she had disappeared. My shirt was pegged to a makeshift clothesline over a radiator and there was a scribbled note on the kitchen table. It read, "Gone out. Back soon."

I scowled at the damp shirt. It looked limp and dejected. I found myself in a similar condition. We had both been hung out to dry.

I had no intention of kicking my heels for the rest of the afternoon, so I threw the towel around my shoulders and jogged downstairs. Madame Bisset was in the hallway, busily watering a woebegone pot plant.

"Monsieur Charles! What a surprise! Where are you off to, displaying your manly chest for all the world to see?"

I blushed and stammered, "I'm going for a run."

"Then you'd better run fast. All the pretty girls will be chasing you."

I gave her a feeble grin and fled, feeling rather foolish. My jogging didn't last for long. Within a couple of hundred yards, I began to wheeze and my stride soon subsided to a more gentlemanly pace.

There was now a distinct nip in the air so, finding myself near a consignment store called La Boutique de Kroll, I ducked inside. I was disillusioned to discover it advertised chic and trendy clothing. I had no wish to be either chic or trendy.

The young lady behind the counter gave me a look that wasn't nearly so appreciative as Madeleine Bisset's had been. "Je peux vous aider?" Her tone suggested the way she'd really like to help me was out through the door.

"Je voudrais acheter une chemise." Then I added, "Something vintage."

Her idea of vintage shirts did not coincide with mine. Nonetheless, I managed to find an innocuous-looking cashmere sweater that had been reduced to half price. It had a high neck, described on the label as a 'china neck'. I was at a loss to see the oriental connection.

"A good choice, monsieur. Made by Derek Rose of London. Ape to gentleman."

"I beg your pardon?"

"That is how they market themselves, Monsieur. Ape to gentleman." This time there was no mistaking how appropriate she thought the slogan was. I looked in the mirror. She was quite right. I did look rather dapper - and considerably less ape-like.

I parted with 120 euros and rolled Helen's towel up in the op shop bag. I then texted her to say that I, too, had been called away, but how would she like to meet up for dinner later. As an afterthought, I thanked her for washing my shirt.

Having time to spare, I hailed a taxi and directed the driver to Rue Gabrielle, where I picked up a few necessities from the local supermarket before returning home. Once there, I rang Kayla to let her know I was back in Paris. She seemed overjoyed.

"How about a drink at La Divette? I don't have to be at the Moulin Rouge until eight this evening. Plenty of time for you to tell me all about your trip to England."

That I would not be doing, but a drink at La Divette de Montmartre appealed to me. It was a cosy, informal wine bar for a catch-up chat. "That sounds good. Let's meet there in about an hour."

I still had it in mind that Kayla was under surveillance. It seemed absurd to think that she might be linked to ISIS, particularly after they had gunned down her parents in cold blood. Yet, something had happened in Phuket that concerned both Madame Durand and Bamforth. Drugs or terrorism? Both seemed unlikely, but I had to find out for myself.

I also wanted to renew my acquaintance with Alain Gaudin. There was the matter of a letter to discuss. I still hoped to find out what secrets it might reveal. I also wanted my envelope back. Now that I had the painting, I felt sure we could work something out. I assumed Kayla would be able to tell me where to find him.

I put a jacket on over my new sweater, brushed my hair and dabbed a few drops of cologne on my neck and wrists. Then I took my second trip in as many days up the funicular railway to Sacré-Coeur. The sun was low in the sky, casting a soft light over the city spread below. It threw taller buildings such as the Pompidou Centre into sharp relief. A thin mist was also beginning to form, hanging like gossamer over low-lying areas near the river.

It was a short walk across Montmartre to the wine bar and I arrived twenty minutes early. As I was about to enter, I saw that Kayla was already there, sitting in the corner with her back to the door. She was deep in conversation with a swarthy man whom I instantly recognised.

I shrank back and sidled along the street to the nearby Cave Café, which had tables out on the pavement with a good view of La Divette. As I was about to sit down, I noticed another familiar figure, half-hidden behind a copy of La Monde. I recognised him as the man who had been tailing me that morning.

Taking the initiative, I approached him with a friendly wave. "Good evening. What a coincidence finding you here. Mind if I join you?" I didn't wait for an answer but drew up a chair alongside him. "Twice in one day. There's a coincidence. I thought we were both on the same side now - so why are you still following me?"

"I'm not following you, Monsieur. Not this time, anyway. We are keeping the gentleman with Miss Culverson under surveillance." With that, he retired behind his newspaper and lapsed into silence.

A few minutes later, the man who had been talking to Kayla appeared, looked hurriedly up and down the street, and walked swiftly off in the opposite direction. My table companion was quick to follow.

I gave them time to disappear around the corner before returning to La Divette. It would be fascinating to find out what Kayla had in common with one of Bellini's henchmen who had tailed Helen and me to Versailles and later, to the gardens at Giverney. It was the first time I'd seen him by himself. Why was he still at large? I knew that his boss had been arrested by les stups nearly a week ago.


Some sayings that may not be familiar to those who live in the New World
Shirty: annoyed
hung out to dry: left in the lurch or let down
op shop: consignment store or charity shop

Charles Brandon - the narrator, a well-known travel writer.
Group Captain Bamforth (alias Sir David Brockenhurst) - an intelligence officer with MI6 and Air Attache in Paris
Helen Culverson - Also a travel writer, whose relationship with Charles is complicated by her relationship with Jeanne Durand.
Kayla Culverson - her older sister, who disappeared somewhere in Bangkok and has surfaced again in Paris.
Madame Jeanne Durand - a French magazine editor and undercover agent with the French Drug Squad.
Madame Madeleine Bisset - Helen's landlady in Paris
Mr Bukhari - a Pakistani businessman (now deceased)
Ian 'Bisto' Kidman - an ex-RAF friend of Charles's.
Monsieur Bellini - a denizen of the French Underworld.
Dr. Laurent - a veterinary surgeon in Versailles.
Father Pierre Lacroix - vicar of the Versailles Notre Dame church.
Madame Lefauvre - an old woman living in Versailles - the town gossip.
Francoise Gaudin - an intellectually disabled woman living in Versailles.
Alain Gaudin - brother of Francoise, a gardener at Monet's house in Giverney
Estelle Gaudin [deceased] - mother of Francoise and Alain, a prostitute
Mademoiselle Suzanne Gaudin [deceased] - Alain's grandmother, to whom the mysterious letter of 1903 was addressed.
Jack and Nancy Wilkins - a Wiltshire dairy farmer and his wife.
Colonel Neville Arnoux [deceased] - of whom we may hear more later.
Gaston Arnoux - Owner of an art gallery in Paris, recently assassinated by Charles Asserted to be leader of an ISIS network
Pays one point and 2 member cents.

tfawcus has granted FanStory.com, its affiliates and its syndicates non-exclusive rights to display this work.