Started writing as a teen, mostly poetry and short stories. Working on my first novel, a horror-adventure story of survival.

The creatures are not the only things to fear.

A chapter in the book Breach 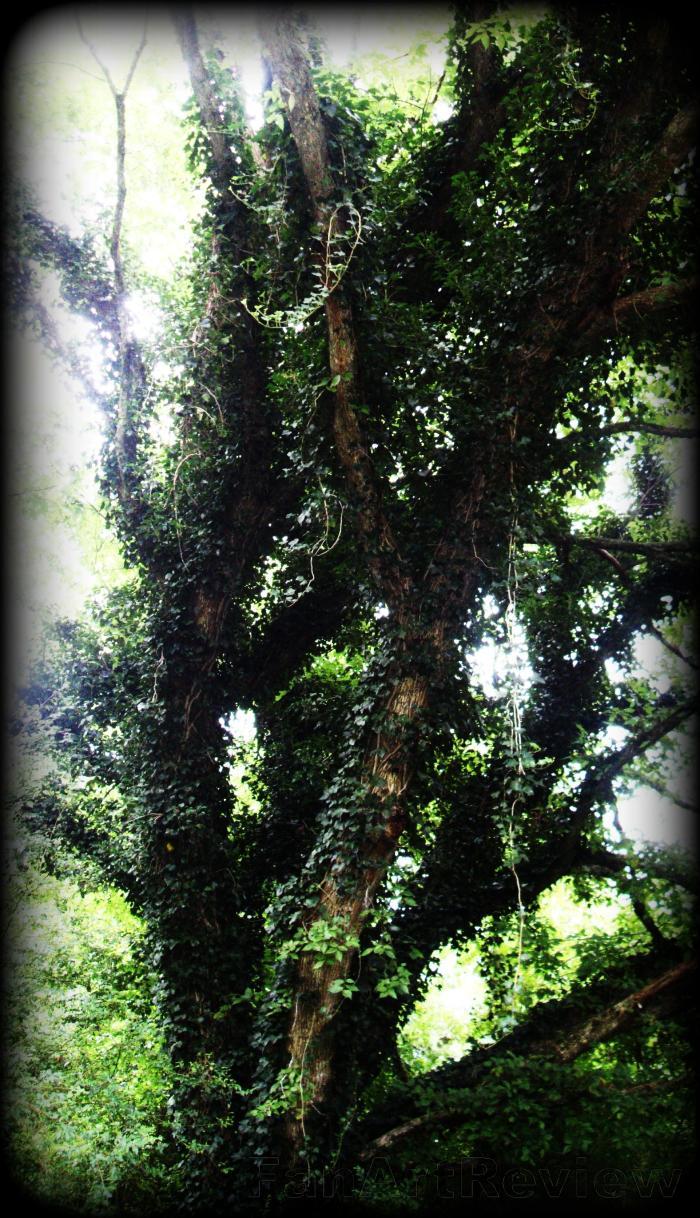 Sometime later, my eyes shot open, there was something heavy and tight across my chest and the buzzing of the Jack flies all around me. "tsk, tsk, tsk, tsk" was being uttered in frantic tones by the little creatures as their tiny wings beat at my face. Scared, I went to brush them away and sit up but found that my arms were pinned to my sides. Looking down, I saw that the vines had made their way down from the trees and had wrapped around my chest and arms, pinning me to the tree. In a panic, I started moving from side to side, struggling to break free but the vines were too thick. I could feel them pulsing against my skin, heat poured off of them as they constricted further.

Suddenly, I remembered my knife! Feeling in the dirt by my right side, I searched for the knife handle. I hoped desperately that it was within my reach, as I could only move my hands a few inches back and forth. Finally, my fingers brushed against the hilt of it and I wrapped one finger around it and pulled it towards me. When I was able to grasp it, I awkwardly turned the blade upwards and began sawing at the closest vine. Immediately, the pulsing intensified and the vine tightened, I sawed frantically at it, mumbling and swearing to myself. "Come on damnit! fucking creepy ass vine, Cut! Damnit! Cut", the panic in my voice alarmed me and I hacked away at the vine faster.

Feeling the first vine snap and break free, I was able to raise my hand a few more inches. Quickly, I started hacking and sawing at the next vine. A sticky brown fluid was starting to cover my fingers and it burned like acid. "Motherfuck!", I shouted, trying to wipe my hand off in the dirt. Jack and Jills were fluttering around me, dropping tiny bits of moss on my fingers. The stinging dulled quickly and I kept cutting, arching my back against the tree and trying to loosen the vines. "Thank you, Thank you ", I sobbed in a half whisper to the little beings as the fluid continued to coat my hands but now had no effect. The second vine snapped and then the third.

Almost instantly, two vines wrapped around my neck and slammed me back against the tree; I choked out a cry as my air supply was cut off. My hands immediately went to my throat trying to tear the vines free. I was able to work my fingers under one vine and grabbed my knife again. Yanking outward on the vine with my left hand, I sawed with my right. I was acutely aware of how close I was to cutting my neck but that was the least of my worries. I tried to breathe through my nose while I cut the vine, trying to keep air in my lungs. The brown substance had coated most of my chest and forearms and I was vaguely aware of the burning sensation, followed by a dull numbness as the Jack and Jill's continued to sprinkle the yellow moss on me.

Tears were coursing down my cheeks as I broke through the first vine and started on the second. I kept pulling outward, straining away from the tree with my whole body as I cut. I could not let another vine trap me. Finally I was through the vine and stumbled away in a half crouch. I grabbed my knife, jacket and boots and ran to the stream. My upper body was stinging from the brown substance. I plunged my arms into the shallow stream, rubbing them hard, trying to get it off. I ripped my shirt off and tossed it into the stream as well. I splashed water on my neck and chest and pulled up handfuls of the spongy yellow moss to rub at it. Sobbing, I finished wiping my torso down, mostly tears of relief as the pain was numbed by the moss.

Still trembling from shock and fear, I grabbed my soggy shirt and began rubbing it down with moss. It was hard to see in the dark but I tried to rub the entire shirt down. Turning it inside out, I rinsed it thoroughly with my hands to make sure the substance was gone. I could hear the Jack flies buzzing nearby as I stood up.

Twisting my shirt tightly in my hands, I wrung it out, three times before putting the damp t-shirt back on. I stood there on the bank, still shaking with fear. It was the middle of the night, I had been attacked by creepy fucking plant life and now was standing here, crying and soaked through. Now what?", I asked the Jacks and Jills but only got buzzing in reply.

I wanted to curl up in a ball right there by the stream and cry. Despair and terror had drained all of my remaining energy. Remembering the first rock formation, I figured that it would have to do for the rest of the night. It wouldn't be wise to try to walk anywhere in the pitch black of the forest, knowing a cliff was near by. Wiping my face, I started slowly towards it, hoping my night vision and my memory was enough to guide me back. I set off with the insects close overhead, their soft buzzing comforting to my terrorized mind.

Within a few minutes, I had found the rocks and grudgingly stepped into the small enclosure they made. The Jack and Jill's hovered for a minute before settling onto the rocks and ground around me, while the glowing fireflies twinkled overhead like tiny stars. I followed them and laid down in the small space, grateful for the sponge like moss, and curled my knees up to my chest. I curled up on the leaves, drew my knees to my chest, rocking myself. Sobs wracked my body and pain filled my mind. The three people closest to me all died a grisly death, my best friend Stacie, her boyfriend Kyle, and the love of my life, Jason. I was alone and I could not fathom my life without them. With my knife in hand, and silent tears running down my face, I drifted off to an uneasy sleep.

Part 7 of Breach. The second night in the forest.
Pays one point and 2 member cents.


© Copyright 2020. Candace Nola All rights reserved.
Candace Nola has granted FanStory.com, its affiliates and its syndicates non-exclusive rights to display this work.

Pays: One point. and 52 member cents
Copyright © 2000 - 2020 FanStory.com. All rights reserved. Terms under which this service is provided to you. Our privacy statement.
top
You Have No Rank
Share 4 posts to be ranked.