A boy has plan to avoid a green vegetable. 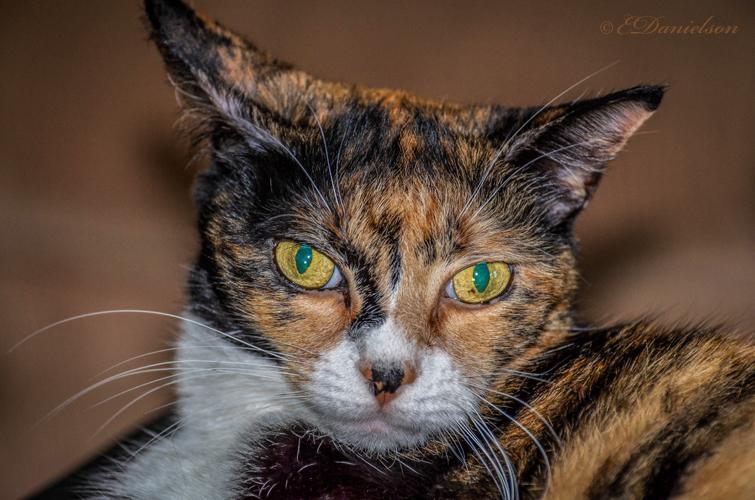 The late President Bush was a personal hero of mine. His confessed dislike of broccoli earned my undying admiration. When he said his mother made him eat the dreaded vegetable, childhood memories awoke within me.

Undeniably, well-meaning American moms have a history of pushing varied green vegetables and mine was no exception.

On a Sunday afternoon in the late 1950s, I set my 10-year-old self at the table for the week's number one meal. After salad, my mother placed the main dish before me. The sumptuous looking plate held fried chicken, homemade mashed potatoes, and cornbread. Unfortunately, she garnished the inviting feast with brussels sprouts. Granted, vegetable serving was her duty, but she had chosen my least liked greenery.

While I was pondering the handful of repugnant brussels sprouts, she pulled her famous pineapple upside-down cake from the oven. "There is cake for dessert." Having stated the obvious, she continued, "And before you beg and whine, if you don't eat the brussels sprouts, you don't get cake."

"Momma, you know I don't like brussels sprouts," I tried a little theatrical whining, but in truth, at 10 I was beginning to realize more grown-up approaches would be needed to survive adult rules. Just two days prior, I had again ignored the 'no swimming in the river' edict. The new me had discarded the worn-out excuse of 'I fell in'. Instead, I told mom that my friend Diane went swimming and had gotten a leg cramp. I had to jump in and help her get to land. So far, no punishment.

"Eat up before it gets cold." Mom set down a glass of iced tea. "I need to run next door for a few minutes." She walked out of the back door. Missie, our cat, bolted in the door as it was closing. On her way to her food dish, Missie seemed to swoon under the enticing aromas of human food. A natural reaction.

I quickly counted the little green spheres on my plate, getting five. As a number, they were quite a formidable obstacle between me and my mom's always moist, very tasteful, pineapple cake. Fast thinking was necessary, even though my mother's visits to the neighbors often stretched out.

First, it was imperative to eat one of the sprouts. I figured its smell would linger on my breath and maybe, just maybe, a bit of green leaf would survive and remain visible around my mouth. Bravely, I downed the awful pellet with the vital help of half a glass of tea.

Without puking, I proudly moved on to part 2 of my ingenious plan.

For Sunday's dinner, I always wore a nicer shirt. That day's shirt was a blue-grey plaid with a large chest pocket. The pocket easily swallowed the first three sprouts I deposited. However, when attempting number four, I felt resistance. Pressing a little harder, I noticed a foreboding mushiness. I retrieved the last sprout and panic set in.

I knew that green vegetable puree found lining the pocket of a good shirt would bring the 'Wrath of Mother' down on me at laundry time.

As I nervously held the poison pill, I heard mom say goodbye in the backyard. I froze, not able to think. Just then, Missie rubbed her tortoiseshell colored body against my lower leg. As usual, I gave her a bite of white meat. My mother opened the back door, and with knee-jerk reaction, I dropped the brussels sprout to the floor.

The rest of my summer depended on whether a finicky eating Missie would eat a green vegetable. I felt no hope. With lowered head, I whispered, "Please, Missie."

Mom came in and walked toward me. "Wow! Vegetables gone already. You must really want that..." She suddenly teetered like a bowling pin sideswiped by a passing ball. "Missie, watch it!"

Missie bounced off mom's foot, righted four legs, and headed toward the kitchen exit. Black, orange and pale yellow fur flashed as the cat swiftly maneuvered across the floor while deftly passing brussels sprout from paw to paw. The feline forward worked her way toward a mythical soccer net at the doorway. On arrival, Missie suddenly stopped and nonchalantly slapped her green ball one last time. She left it on the playing field and headed through the door, seeking a postgame nap.

"Robert Patrick, did you feed that cat all your sprouts, did you?"

Time to take care, first and middle names had been spoken in raised voice. "No ma'am, I..."

"So, that explains why your shirt pocket is bulging." She looked down at my partially concealed stash, "Pull them out, and put them back on your plate. You have 10 minutes to eat them and I will make sure you get two vegetables the next three Sundays. The pineapple cake is on hold until tomorrow."

"There are no buts. While I was next door, I finally got Diane's mom on the phone and it seems your friend told her parents that she only went into river because you egged her on. Dared her to join you in the water. What do you have to say for yourself?"

"Robert, no playground for a week, and no television for two weeks. Reading will be fine. You are wasting your summer, young man. Eat up, you are going to bed at seven. And remember, vegetables are good for you."

In my memory, the child-parent clashes of years ago seemed to contain a natural humor, the understanding of your adversary, and mutual respect...but with accepted knowledge of who was in charge.
Pays one point and 2 member cents.


© Copyright 2020. howard11 All rights reserved.
howard11 has granted FanStory.com, its affiliates and its syndicates non-exclusive rights to display this work.

Advertise With Us
Then and Now
The life of a....citizen.