Memories of My Pre/School Days 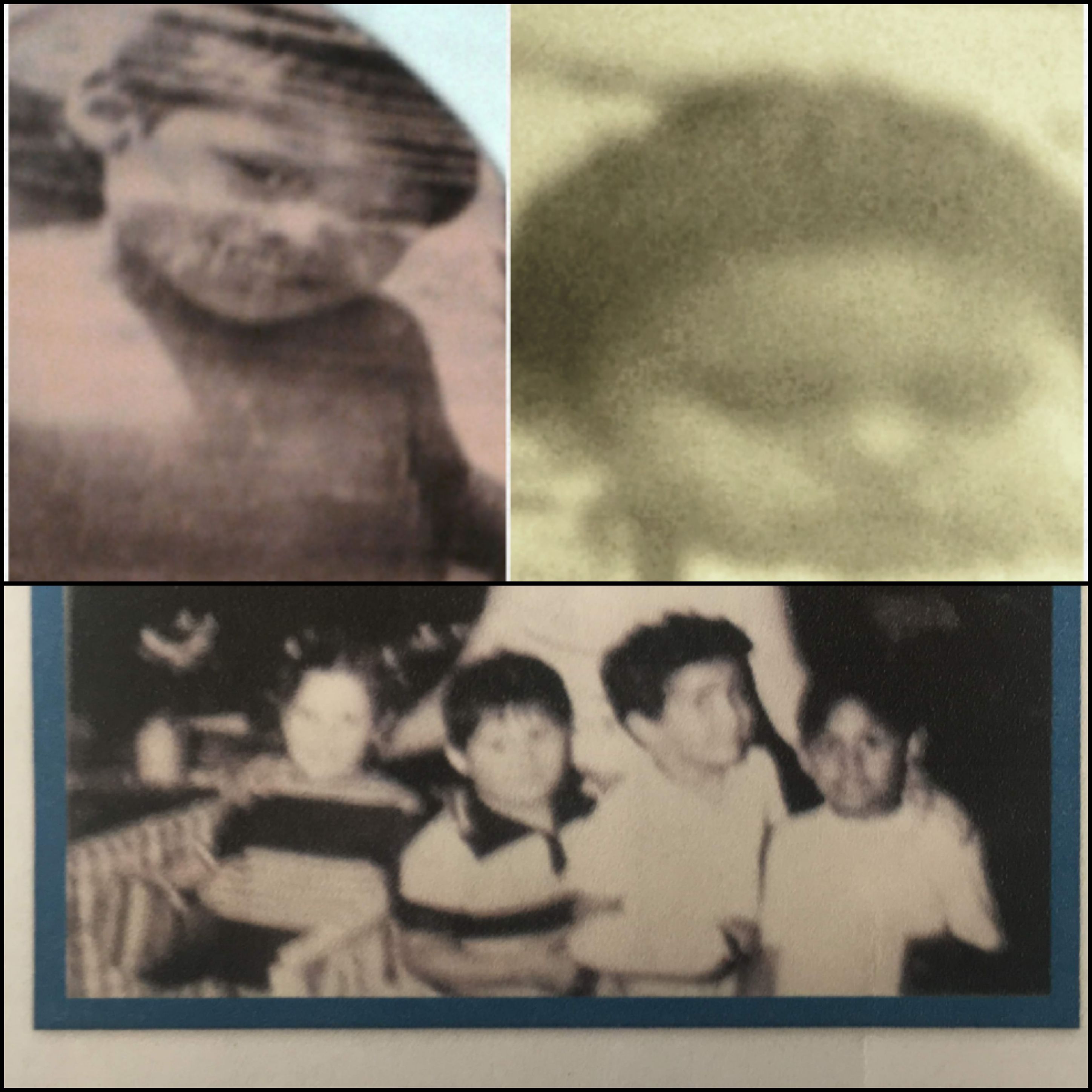 I've always wondered why I was allowed to attend pre-School late in 1965, and my older and younger siblings did not go to pre-School.
Apparently, it was a newer program and offered in a limited area in the San Fernando Valley where we lived at the time. We were living then in North Hollywood, California. I was four years old and by all accounts a very active child.
I had two elder brothers, an elder sister and by this time two younger brothers and a little sister. I imagine by then I had many interactions with my Elder siblings which helped me understand many things and concepts for my age.

I vaguely remember being somewhat of a teacher's pet as I was eager to help set up and clean up during class assignments. I most likely enjoyed the extra attention due to being from a big family.
I also vaguely remember sitting for the photo of myself (in collage photo), at a beach trip where my teacher also had the class sing "Happy Birthday" to me there.
My inquisitive nature would both help me and lead me to some mischievous deeds later in life. We had many relatives living close to our home and had many family parties and celebrations which included the in-ground roasting of pigs, goats, chickens, and lambs, along with the kegs, alcohol, soda and drinks of every sort to celebrate.

By the following year (1966), we began living in Pacoima, California,
on Haddon and Kelowna by Haddon Elementary School. It was also near two major stores where in the near future some of our elder cousins living near by would show us their "acquiring stuff" techniques.
This mostly consisted of being a distraction to store clerks while they stole bike parts in the store or the stealing of bikes in front of stores.

Our father by then had an established Landscape and Gardening business and would take my two elder brothers and I to rake up leaves, mow lawns to keep us busy and instill a work ethic into us during summertime and weekends. In reality it was probably to keep us out of trouble around Pacoima.
When I was in the third grade (1969), I had an accident while playing tag with friends on the volleyball courts before school started,
I ran into the net while being chased and awoke in the nurses office after being knocked out cold.

By this time frame my life's conflict with "duality" had been instilled with my father's work ethic on one side and our elder cousins "acquire stuff" techniques on the other.
When you live on the lower economic rungs you are more likely to adapt to your surroundings either by lack of (or) nessity, economic deficiencies, available opportunities, and peer pressures combined with free time, and access to things.

During the fifth and sixth grade (1970-71), we lived briefly in San Fernando where my Elder Brothers and I occasionally continued our bike and parts taking sprees at a nearby K-Mart but, we moved back to Pacoima after the 6.6 earthquake in 1971, the reason for the move was not clear to me but in all likely hood it was for a Rent Free four bed Apartment.
My father then became the Head grounds keeper of the Van Nuys Park Apartments in Pacoima. This was during a period of cultural transition changes and racial turbulences between the few Whites, abundant Chicanos, Blacks, and even between Non-English speaking Hispanics.

My Brothers and I, would become familiar with racial fights, gangs, and the drug culture related to the decade of changes in the late 1960's and continuing on through the 1980's.

Insights into early school years preschool to seventh grade, some highlights remembered but not a complete detailed rendering.

Some characters appearing in this work maybe fictitious,
Some names have been changed to protect their privacy,
Any resemblance to real persons living or dead are purely coincidental.
Pays one point and 2 member cents.

QC Poet has granted FanStory.com, its affiliates and its syndicates non-exclusive rights to display this work.
Advertise With Us
The Gap
Free verse, introspection of intent