Chapter 32: Some differences of opinion

A Night at Rue Gabrielle 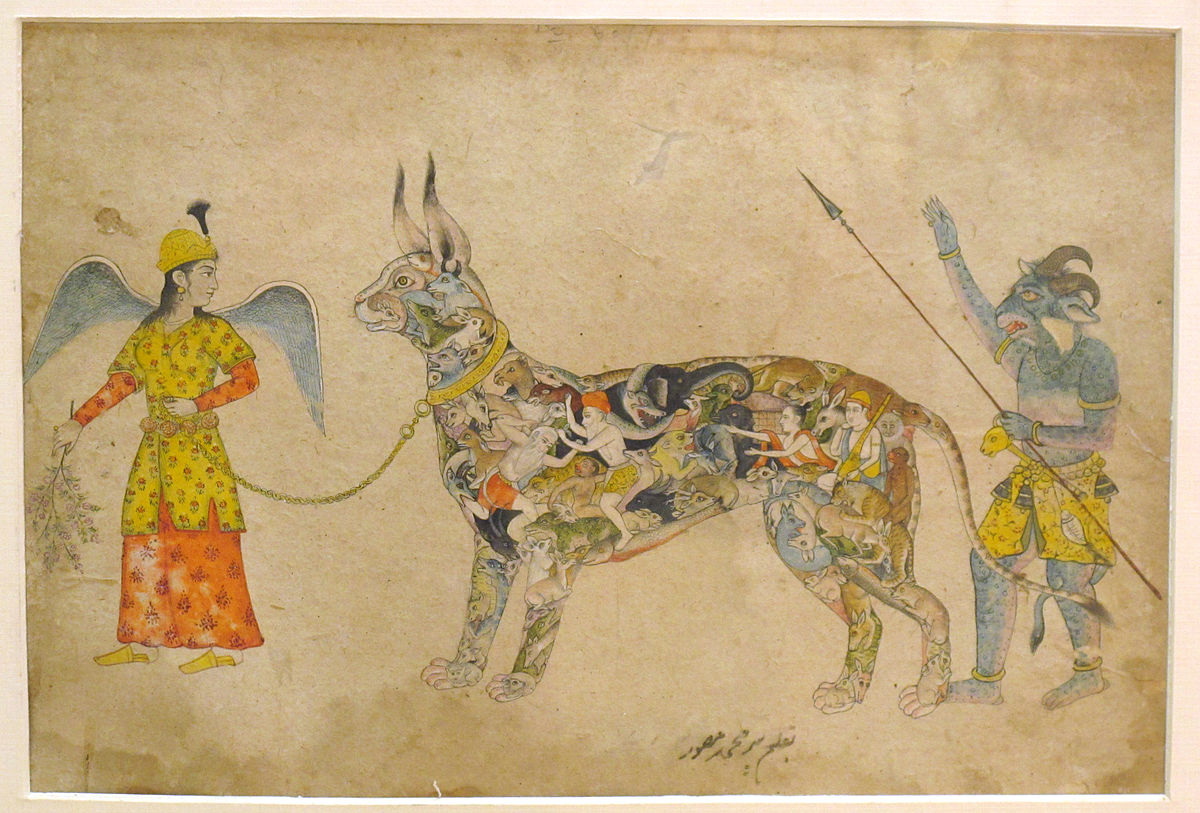 "Within minutes he was asleep, his rhythmic, adenoidal snores rising and falling in perfect counterpoint to the creaking of the fan. I smiled. The perfect gentleman, as promised.

"When I was quite sure that he was dead to the world, I stripped off and rinsed all my clothes in the basin, hanging them over the towel rail to dry overnight. After that, I hosed myself down with the hand-held shower, before crawling into the other bed dripping wet, and pulling the sheet up over my head to protect myself from the mozzies. I lay there, wondering for a while what Phuket would have in store for me, before I eventually drifted into a restless sleep."

I interrupted Kayla at this point. "What a trip you endured. I'd love to know how it ends, but it's getting late."

I glanced at my watch. "I, for one, need to turn in. We've an early start in the morning, if we're to pick Jeanne up from the hospital before she discharges herself. Maybe you could finish telling us about it on the way to England?"

"I don't think so, Charles. I can't possibly travel to England with you. I'm under contract at the Moulin Rouge for another two weeks," then she added vaguely, "and I've other commitments in Paris after that. I feel sure that Helen will be safe in your hands for the time being."

Helen's face fell. It was evident that, having found her sister, she was in no mood to be parted from her again. "If Kayla can't come with us, I'm staying here, too."

"Don't be ridiculous. You know you can't do that. What about Jeanne? What about the Mafia?"

Helen exploded. "Don't you dare call me ridiculous, you pompous ass. Kayla's the only family I've got left. I'm not going to desert her."

"Calm down, the both of you. Charles is right, sweetie. You can't really stay here. I'll be working my butt off at the Moulin Rouge, and besides, I'm living with André at present. I don't think he'd like it."

"That fancy boy, Scaramouche? You must be joking. What on earth do you see in him?" Helen was clearly stunned by her sister's revelation. "He's a complete idiot."

Kayla took a deep breath. "You should be careful what you say, little sister - especially when you don't know what you're talking about. Without André's help, I'd never have survived here in Paris. If you knew him better, you'd soon change your opinion." Then she turned to me. "What's all this about Jeanne and the Mafia anyway?"

Before I could answer, Helen chipped in with an apology. "I'm sorry. I didn't really mean it. I guess I was just sore at the suggestion that you'd rather be with him than with me. He seemed like such a silly man."

"Appearances can be deceptive, darling. Underneath all that flamboyance and makeup, he's sharp as a pencil."

Kayla laughed. "You're right, he's not exactly a looker, but looks aren't everything."

Peace having now been restored, I briefly filled Kayla in on the events of the past few days. When I mentioned Monsieur Bellini and his two apes, she stopped me.

"Bellini, did you say? Are you sure?"

"Yes, that's what Jeanne called him."

"Monsieur Bellini's nothing to do with the Mafia. He's just a small-time hoodlum. A drug peddler. I know all about him." She paused, then mused, "So Madame Durand has double-crossed him, has she? Well I never! He's a mean sonofabitch. No wonder she's running scared."

"Not Mafia?" Helen was dumbfounded. "But why would Jeanne have said he was?"

"Just trying to frighten you, I expect. She's an evil woman. Maybe she thought that if she upped the ante, she could get you to do what she wanted." She looked Helen squarely in the eye. "I found out a great deal about your Jeanne while I was in Phuket, and none of it was good. That's why I came to Paris - to save you from her clutches."

"Now you really are being melodramatic. Jeanne's always been good to me. I won't have you speak about her like that."

"Don't be so naïve, Helen. You need to wake up to yourself before it's too late. I may have killed Bukhari, but when you lop off one head of the Hydra, two grow in its place. Jeanne is inextricably linked with the drug cartels. She's using you as a pawn."

"That doesn't make sense. If she's a drug lord," (or should that be 'drug lady', she added sarcastically), "why would she be afraid of small fry like Bellini?"

"I don't know, but whatever she did to double-cross him, it seems that she underestimated his response. Personally, if I were you, I'd leave the rats to fight it out amongst themselves and carry on with your original plan. Go to England with Charles. That way, you'll have half a chance of getting out of her clutches. With luck, Bellini and his henchmen might even kill her."

"That's a horrible thing to say. I can't just leave her to take her chances with Bellini's men. Not after all she's done for me. We'll have to take her with us."

"You'll regret it if you do. You're just being pig-headed now." Kayla turned to me and pleaded, "Can't you make her see sense, Charles?"

"I'm not sure that I can. Helen already knows that I wouldn't trust Jeanne as far as I could throw her. What a silly expression that is - it always makes me think of Scotsmen tossing the caber." Kayla smiled at my weak joke. "She's not going to listen to me. I think you'll need to carry on and tell her what happened in Phuket that makes you so sure of what you are saying. But - as for me - I'm going to bed. It's two o'clock in the morning. You and Helen can use my bedroom. I'll sleep in the office."

I got up, stretched, and stifled a yawn. I leaned down to give Helen a goodnight kiss, murmuring, "You two probably need some time together on your own, especially if Kayla's not coming with us in the morning."

"Thanks, darling. I don't suppose we'll be far behind you."

As I entered the junk room that I euphemistically called my workspace, I overheard Kayla saying, "He's a nice man, Helen, considerate, too. You're a lucky girl."

Her opinion of me was more important to me than I expected, and it crossed my mind that it might be a good thing she was staying in Paris. I could do without further complications in my life at present.

I was in two minds. As much as I would have liked to hear what happened in Phuket to turn Kayla against Jeanne, I also wanted time to myself to skim through Helen's journal before she asked for it back. There had to be something else there, apart from Jeanne's association with Bukhara. What made her so anxious to get her hands on it again? I needed to know what was so incriminating.

I moved a pile of papers, the research for my latest article that lay scattered across the spare bed, and stripped down to my underwear before climbing in. Ablutions would have to wait until the morning. What was I thinking? It was already morning, and far too late to start dipping into the journal again.

My mind was spinning as I stretched over to switch off the light, and it wasn't long before I was tossing and turning in a dream-filled sleep. The images were vivid and bizarre. Characters from Carnivale wailed in woebegone tones as Helen and I fled from a wicked witch. Suddenly, a satyr with a white streak in his hair bore down on us, wielding garden shears and whooping, with a wild look in his eye. For a time, he was held at bay by fairies riding on the backs of mountain goats, who formed a protective circle around us as we clutched each other, shaking with fear.

Then, out of nowhere, just as all seemed lost, a bare-breasted Amazon galloped through the ranks on a white stallion. Helen was cast to one side as she swept me up into the saddle. Saved by the conquering heroine! We careered off together, charging towards a windmill filled with dancing girls quaffing absinthe with lewd laughter. Then, as she skidded to a halt, I was thrown unceremoniously from her fiery steed and flung into a picture suspended in the shadows, a picture of a washerwoman waving a wooden spoon. I landed with a thump, fending off her bitter blows.

At that point I awoke to find myself on the floor, drenched with sweat and tangled in my sheets. Helen stood over me, prodding me repeatedly in the small of my back with her toe. "Wake up, sleepyhead. It looks as though you've been having quite some nightmare in here, all on your lonesome. You must tell me about it sometime."

I got up to find Kayla already gone and the mess from the night before cleared away. It was already ten o'clock. As I staggered into the bathroom, I could smell coffee simmering on the stove. Sun streamed through the window onto a neatly laid breakfast table, and a tempting aroma of fresh croissants lingered in the air.

Book of the Month contest entry

Charles Brandon: The narrator, a well-known travel writer.
Helen Culverson: A woman of some mystery, also a travel writer, who seems to have become Charles's girlfriend.
Kayla Culverson: Her older sister, who disappeared somewhere in Bangkok.
Dave: An Australian on holiday in Thailand with some friends.
Madame Jeanne Durand: A French magazine editor, who was involved in a serious accident, and seems also to be involved with the Mafia in some way.
Mr Bukhari - a Pakistani businessman
Madame Madeleine Bisset - Helen's landlady in Paris
Henri Carron - a rag-and-bone man, owner of an heroic dog called Bonaparte.
Monsieur Bellini - a denizen of the French Underworld.
Dr. Laurent: A veterinary surgeon in Versailles.
Father Pierre Lacroix, vicar of the Versailles Notre Dame church.
Madame Lefauvre: An old woman living in Versailles - the town gossip.
Francoise Gaudin: An intellectually disabled woman living in Versailles.
Alain Gaudin: brother of Francoise, a gardener at Monet's house in Giverney
Estelle Gaudin [deceased]: mother of Francoise and Alain, a prostitute
Mademoiselle Suzanne Gaudin [deceased]: Alain's grandmother, to whom the mysterious letter of 1903
Pays one point and 2 member cents.

tfawcus has granted FanStory.com, its affiliates and its syndicates non-exclusive rights to display this work.
Advertise With Us
Stars
Oh Starry night