She is an accomplished poet and is currently at the #36 spot on the rankings.

The first date that really mattered.

The One Who Holds My Heart 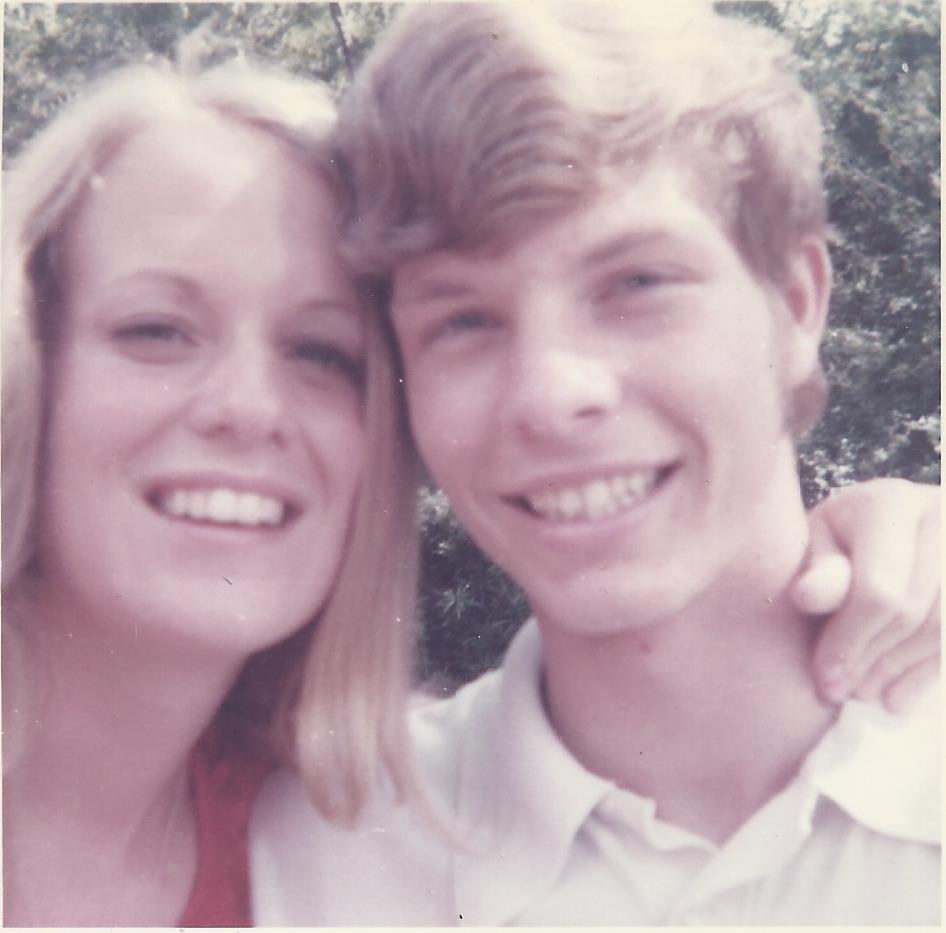 I had a lot of first dates, more than was normal in my opinion. I asked my two best girlfriends, Ginny and Helen, if they knew the answer to this question that nagged me continuously. "Why do I go on a first date and then the guy never asks me out again?"

They were no help. They reassured me I was pretty and kind, and Mr. Deserving would be along at any moment.

For whatever reason, I continued on in this mystery, unable to decipher why. A friend that I dated casually, finally told me what I had needed to hear. I knew as soon as I heard it, that he had spoken the truth; a quality of a true friend. He said, "It's your Stepfather, Sal, he scares the hell out of everybody--even your friends." I nodded in agreement, lowered my eyes and looked at my feet. I had received this truth and it was revelatory for me.

In the weeks ahead, I started dating a college guy; a friend in my high school club had set me up with her older brother. He was, however, Mr. Wrong. Neither of my parents cared for him. My Mother was my only real parent throughout my life, and I did care what she thought. I wasn't sure this dating arrangement was going to last long.

I had just become a Christian a few months prior and had begun to pray for someone not only to date, but to love and marry--building a lifetime with him. I also wanted children very much.

True love comes and shows itself at the most unexpected times and sometimes--unrecognizable in the beginning. It is kinda like looking for something you can't seem to find, and suddenly--there it is, right in front of you, sitting where it has been all along. It was just like that--revealing itself on a rainy day. Actually, it was a downpour.

I was waiting for this mega storm to blow past so I could walk home from school. Ginny and Helen had after school meetings, so I had to go it alone on this day. Along with my two closest friends, none of us owned a car. Walking everywhere was a way of life for us. As I was contemplating this deluge, a familiar voice and silhouette ran past me. It was a young man who lived one street over from me who occasionally offered a ride on rainy days, usually when I was with Ginny and Helen. He hollered, "Hey Sally, do you need a ride home?" I replied, "Yes...please!"

He kept running, but waved to me--as if to say he heard me. I continued to,wait. It was coming down hard, a classic, mid-afternoon Florida thunderstorm.

He pulled up as far as he could to where I was waiting in his green Mustang. I took off running with my purse on top of my head. I could hear my sandals sloshing through the pools of water. I was drenched before I even reached his car. He, however, ran around to the passenger side and opened the door for me just as I was approaching. It all happened so fast. I remember thinking as he drove me home, no one I know would ever be so courteous, opening the door for me like that.

A few days later, my phone rang. The voice on the other end began talking, but I did not recognize who it was. I asked a perfectly natural question, "Who is this?" The voice sounded a bit amused. "Guess."

I went down a very long list of names, as I had a lot of first dates to my credit. At this point, I am not sure if this is a practical joke or someone who is just messing with me a bit. My memory blurs a bit here; possibly ten to twenty names were recited showcasing my list of date disappointments. I had finally reached the end of this exhausting guessing game.

"Okay, pal, you need to tell me who who you are right now, or I am hanging up."
"This is Jack."
"Jack who?"
"You know...Jack...the guy who has known you since Junior High School and I take you home sometimes on rainy days...in my green Mustang."
"Oh...Jack, yes, I know who you are."

Jack had an encounter with one of my previous dates the evening before this phone call. He spoke very highly of me and Jack was impressed by this, and it instilled hope in him--hope--that I would say yes if he were to ask me out. He continued on in his reason for this unexpected call.

"I was wondering, Sally, if I could take you out on a date this Friday night?"
"I can't this Friday, I have a club event."
"How about Saturday?"
"I already have plans, sorry."
"How about the following Friday?"
"Friday won't work again, but the following Saturday will."
"Sounds like a plan" he said, sounding incredibly relieved and hopeful.

The first Saturday rolled around and I had a date already planned with Mr. Wrong. The time for the date came and went. No call--no show. I called his sister, my club friend who had originally set us up. She gave me bad news and after I hung up the phone, I realized that this was God speaking to me; helping me with a decision I could not make on my own. I never heard from Mr. Wrong again.

I promptly picked up the phonebook and went through the white pages searching for Jack's home phone number. I didn't normally call boys at home or anywhere for that matter, but it seemed necessary at the time. I invited him over for a pre-date so we could talk and get to know each other a little better before our official date the following Saturday. I thought it was a great idea, hoping to make our first date more at ease. My living room had the longest couch you ever saw; seven adults could sit comfortably on this 747--it stretched from one end of our formal living room to the other. Jack sat on one end, and I sat as far away as I possibly could; but facing towards him. We talked for hours.

He picked me up the following Saturday afternoon for our official date in the familiar green Mustang. One of his many brothers was to meet us at the lake with his girlfriend. Jack's parents were to be there, as well, attending his Dad's company picnic. Absolutely, no pressure on me!

After the picnic, I was to be hosting part two of the date--bowling at the Navy base. It was hinted that water skiing was available and to bring my swimsuit. I also had a small bag with me containing a change of clothes I could bowl in. I had zero interest in getting into lake water on my first date with anyone. Besides, I did not want to bowl with wet hair and being without my 'Great Lash Mascara' and my 'Pot O' Gloss' lipgloss. Unthinkable--for a teenage girl.

The date was fun and sweet. Someone forgot the plasticware for eating the barbecue pork that was served. Jack and I were eating in his car to have a moment alone. I couldn't cut the pork and felt funny picking it up with my hands. He went to his trunk and retrieved a razor; the one he used as a stock boy at a local grocery store where he worked part time. He cut up my pork as we sat there listening to the Moody Blues on his 8-Track tape player.

After lunch, we went out on his family's boat. He offered to let me ski first. I politely declined. He and his brother both skied and I remember even now, how blown away I was at how good they both were. Jack threatened to throw me in--dragging me to the edge of the boat. He didn't, and neither of us can figure out to this day exactly why.

Bowling at the Navy base was loads of fun, and a low budget wonder. I offered to pay for the ten cent shoe rentals. That was real generous of me, don't you think? I bowled the best game of my life. Jack hugged me every time I made a strike or spare.

My prayer was answered, as Jack and I are still the happiest when we are in each other's company. We have been married almost 43 years-- a lifetime of real love. We have children and grandchildren and a deep abiding faith in God and each other. I am so blessed to be married to my best friend, traveling through life with him at my side. He has held my heart for a very long time--and always will.


Photo my own. Jack and I took,this selfie on our second date to a botanical garden. We stopped in the shade and snapped this picture. May, 1972.
Pays one point and 2 member cents.


© Copyright 2020. Sally Law All rights reserved.
Sally Law has granted FanStory.com, its affiliates and its syndicates non-exclusive rights to display this work.
Advertise With Us
The Gap
Free verse, introspection of intent