The Far Aways by DonandVicki 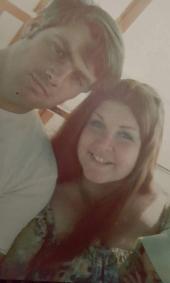 Anne Davis wanted a baby of her own and was prepared to do whatever it took to get pregnant, even if it meant sleeping with Mr. Wrong, which she did without too much trouble.
Several prenatal checkups passed and she was settling into the uneasy routine of pregnancy.

After three agonizing months, she was waiting for the results of her ultrasound at her twelfth week checkup.

"I have some good news for you Anne, the fetus looks healthy and there is a possibility that you may be having twins," the tech said, "I will have a better idea when you come in for your sixteen week checkup."

Anne couldn't speak, she was so filled with joy.

The sixteenth week couldn't come fast enough for Anne. She arrived a half hour early for her appointment.

The tech moved the ultrasound wand back and forth, up and down over her k-y jelly slathered tummy.

"Well, it looks like I was wrong, there is only one baby in there."

Anne's heart sank a bit, she had already picked out two names, "Can you tell if it's a boy or a girl?"

"I'm pretty sure it's a girl but I have been known to be wrong."

Elizabeth was born on a cool October morning. Anne had suffered her pregnancy during the hottest, muggiest months of the year. Elizabeth or 'Lizzy' was an 11 pound bundle of joy.

"I thought for sure that I had twins in there," Anne said to the delivery nurse.

"Nope, she was the only one," the nurse joked as she lifted up the privacy sheet to look under.

Elizabeth had a full head of light blonde hair and bright blue eyes. Over the next year she became increasingly more precocious, active and seemed to meet or exceed all of her baby milestones.

She did have one small quirky habit and that was she would stop and stare into the distance, almost as if she was looking at something far off.
Anne called these episodes ' the far aways '. During her regular checkups, the doctor told her that this was probably just a phase and that she would grow out of it.

The far aways did not pass, the empty stares continued and at four years old Anne asked Lizzy, "What do you see when you have the far aways?"

As time passed the voice became louder and more distinct.

"Elizabeth, Elizabeth, do you remember me? I'm Abigail."

This was loud enough to wake Elizabeth up, she ran into her mother's bedroom crying, "Mommy, mommy, the voice scared me awake."

"She told me her name, she said Elizabeth, this is Abigail."

Anne's eyes opened wide as she sat bolt upright in bed, "what did you say?"

"She called my name and said this is Abigail."

Anne covered her mouth in disbelief, Abigal was the name she had picked out for the other twin girl that she thought she was going to have.

To calm Elizabeth down, Anne told Lizzy, "I'll bet it is your guardian angel sweetie, now crawl up here in bed with me and go to sleep."

As soon as Elizabeth snuggled with her mom the voice went away and she fell sound asleep.

As Elizabeth started school, it was difficult for her to make friends with the other children. She would get the far aways and start talking to herself. This would frighten the other playmates and they would walk away. Elizabeth would sit down on the ground and cry.
Anne was continually called by the school nurse to take her home. That's the last straw, Anne thought. She called a local psychiatrist for an appointment.

"It appears that your daughter is experiencing delusional voices, this could be psychological or a physical problem. I recommend that you get a referral from your family doctor for a CAT scan. We want to rule out the possibility of a brain tumor before we explore the psychological side."

Anne's heart sank and her knees were weak. Neither option seemed like a good outcome.

Several weeks later, Elizabeth was inside a large white tube and was told to remain still. As the cat scan started to knock, buzz and whir, Elizabeth closed her eyes as she got this horrible pain on the right side of her head. It was every thing she could do to not scream.

Anne would not go home to wait for the results of the CAT scan, she and Lizzy sat in the waiting room for several hours and insisted on having the results as soon as possible.

"Would you please come into my office, there are some toys in there for your daughter to play with."

After getting her daughter interested with the toys, Anne sat on the edge of the chair.

"Miss Davis, your daughter has a brain tumor." The doctor pointed to a mass on the computer screen, "the good news is that it is benign, I had the lab double check the results. This mass can be removed with surgery."

"We checked with your insurance company and it will cover most of the cost. The rest you can make reasonable payments, if you need to."

"I'm more concerned about Elizabeth, will this surgery correct her problem?"

"The mass is pressing against her hippocampus causing her to hear voices, there is a very good chance that surgery can correct this."

On the day of the surgery, Anne sat uneasily in the waiting room. Six agonizing hours went by as Anne tried to calm herself, it was like she was in an altered state.

Finally the doctor came out and sat down with her.

"Miss Davis, the surgery took a little longer than I anticipated, but all went well considering. The mass is what we call in the medical field as a Teratoma. It is not cancerous, it is an encapsulated mass that can contain hair or teeth. It appears that during the early stages of your pregnancy you had the possibility of having twins, Elizabeth's fetus absorbed most of her twin."

Anne shuddered putting her head in her hands, then slowly asked the doctor, "Did you get all of the tumor?"

"That's the reason the surgery took as long as it did, apparently the Teratoma had a developing brain that did not get absorbed and attached to your daughter's brain. I left the Teratoma brain intact, removing it could have adversely affected Elizabeth's motor functions."

"She is in ICU now and you can go in and sit with her, she should be comming out of anesthesia soon."

Anne walked into the ICU and was shocked to see her daughter hooked up to monitors and tubes. She wanted to cry, tears ran down her cheeks. "Oh baby please be better."

After a few moments, Anne couldn't hold back the tears and pain any longer and started to sob.