The classes offered by FanStory have been a great help to me in developing as a writer and learning about the nuances of good writing. Stacia Levy, Adewpearl (Brooke), and the late AlvinT, have all played a big part in getting me to widen my perspect - more... 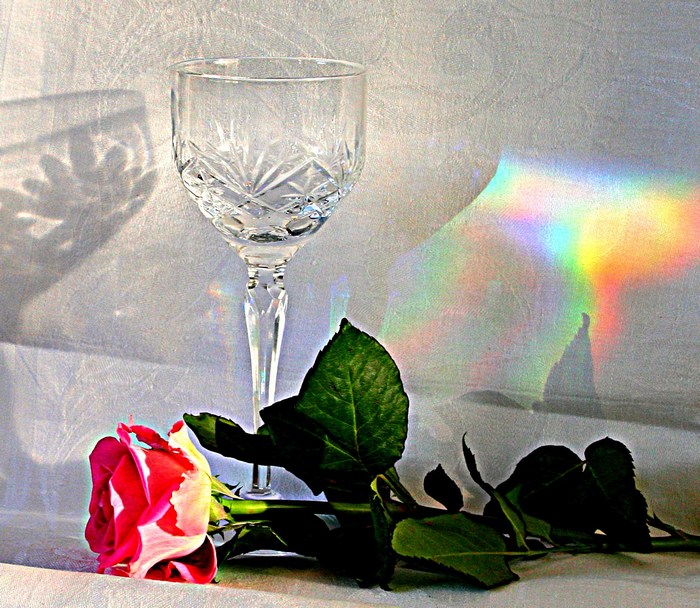 Doctor Stefano Morales has come to Saltillo, Mexico in search of an elusive shaman in order to gather information for a book he is writing on advanced states of psychosis. After a very brief interaction, the shaman issues an invitation for the neuropsychologist to come to his home in the desert. Doctor Morales is spooked by the weird behavior of the old man and his cohorts, but is determined to see his mission through. He spends the night at an upscale hotel in the town where he proceeds to get drunk. A surprise call from the concierge in the morning indicates that a car is waiting for him, and that a man is on his way to Doctor Morales' room.

The gulf between weird and straight-up crazy widened further with Jorge’s call. Informing me of the arrival of Senor Pasquale’s bodyguard, he pressed the point that I’d specifically made arrangements for the courtesy call when I first arrived at the hotel. Though I remembered checking in (with the assistance of a beautiful young woman who spoke English remarkably well) having dinner and retiring to my room, I did not recall speaking with Jorge.

I ran my hands over the stubble on my chin, up my cheeks and across the top of my head as if to scrub away the cobwebs. My thoughts circled like flies around a picnic lunch, and I felt myself begin to detach from my body—similar to what I experienced on Xanax. Only I had not taken Xanax since starting out on this trip, and this was not a good time to zone out.

As I pushed off from the bed and moved in the direction of the closet, a thought cut through the haze: Jorge had claimed the man on his way to my room was Puente. It was a small thing, maybe, but would I have had the need to mention the driver’s name, given my general state of paranoia? If I had not, Jorge’s familiarity could indicate he was in league with the shaman. I dearly wished to discover the level of his involvement, but had no time to interrogate the hotel staff.

I was anxious to get on the road and that much closer to my goal of meeting with Senor Pasquale. My sense was that this might be my only opportunity to do so. I plucked a denim shirt off a metal hanger and was tucking it into my pants when a loud boom startled me.

Jesus, was this guy for real? He couldn’t knock on my door like an average person.

Opening the door prepared to give Puente hell, I was met by a strange kid with a lazy eye and skin appearing inadequate to the task of covering his facial bones. He leaned against the door frame with his hands jammed into his pockets. On his head was a ball cap with the logo of the San Diego Padres.

“Who the hell are you?” I realized my voice was loud when a man passing by gave me a stern look.

“Puente’s cousin, Carlos,” he replied, and expanded his elbows outward. “He said you were expecting me, but you appear confused on this matter.”

“I was told that Puente was on his way up here.” Stepping out into the hallway, I looked up and down and saw no sign of the man. I forced eye contact with the youth who’d not moved from his spot.  “The confusion, as you call it, comes from being told one thing when something entirely different takes place. Furthermore, you look like you should be attending classes at the local high school, and I’m wondering why I should go with you anywhere."

His eyebrows rose a centimeter, and he shrugged a shoulder. In perfect English, he responded, “Suit yourself, Senor. I only know that I was told to collect an American staying in room 322.”

Ordering him to stay where he was, I closed the door and leaned back against it, working to even out my breathing. After gathering keys, wallet and phone, I shut down the laptop and closed the lid. Stepping back into the hallway, I headed for the elevator without addressing Carlos. It’s time to exude confidence and control, and to hell with what Pasquale’s lackeys think.

I found Puente waiting behind the wheel of the Cadillac. His wrap-around sunglasses reflected my approach and the stern set of my features. Carlos stepped to my right and bent his wrist in the direction of the back seat of the car. He held the door open for me-- the first sign of any deference--and I slid onto the leather seat, finding it deep and comfortable. Carlos took up his position as front seat passenger, and they communicated in rapid-fire Spanish. I couldn’t make out any of the conversation. Carlos laughed, probably at my expense, punched a button on the radio and Mexican rap music filled the car.

The headache I’d forgotten in the rush to leave the hotel returned with a vengeance.

Puente executed a series of turns, and within twenty minutes we were outside the city limits. We passed a golf course striving for an emerald green in the midst of the desert. Two men waited for a third to tee off. I struggled to reconcile the mundane image with the likelihood that I was meeting with a man whose Aztec ancestors, by their accounts, executed eighty thousand prisoners in one four-day period.

I slid my palm across the seat as much to ground myself as to enjoy the feel of the soft leather.  I was in a perfect position to appreciate that the car’s sound system was first rate, and I thanked whatever benevolent spirits might be nearby that the car’s modifications included air conditioning.

Leaning forward, I asked Carlos to turn down the radio. He turned hard eyes in my direction, and I thought he might not have heard me. I pointed at the radio and put my hands over my ears. Still, I got no reaction. He returned to staring at the road ahead. Shit heel, I thought. I’d dealt with his type many times in my classes at the University—passive-aggressive personalities with zero respect for anyone in charge.

Following his line of sight, I noted a pickup truck covered in dust so thick I had no clue to what color was underneath. The two-lane road was empty giving Puente plenty of opportunities to pass. Instead, he fell back and followed the pickup at a safe distance.

The minutes piled up, and it felt like we were crawling along at ten miles per hour.  A volatile mix of anger and frustration built inside me and threatened to spill over just as the pickup jerked back and forth between lanes while black smoke poured from the engine.

Puente barked a command and Carlos silenced the music. He continued to follow the vehicle until it pulled off to the side of the road. He passed just in front of it and came to a stop. I looked back at the truck, but thanks to curtains painted on the inside of the windshield, all I could make out was a small figure hunched over the steering wheel.

My curiosity was fully engaged, and I hoped Puente was in the mood to explain. He removed his sunglasses and turned around to where I hovered less than a foot away from his face. “Doctor Morales, I regret that we must delay your meeting with Senor Pasquale long enough to assist our fellow traveler. Once we have been able to ascertain the driver is okay and arrange for roadside assistance, we will continue on our way. Senor Pasquale’s home is not ten minutes from here.”

“For your safety, wait here while Carlos and I assess the situation. I’m sure it is exactly what it appears to be, but one never knows out here in the badlands.”

For my safety--what's that supposed to mean?

The two of them exited the car. I watched them approach the window of the front cab and speak to the driver. A small-boned hand—feminine in appearance—came into view. It fluttered in the air like a wind-blown wing and came to rest on Puente’s forearm.

I fought the urge to disobey orders and see for myself who was driving that vehicle. Something in the way her fingers grasped onto Puente made me think of the woman who’d been with Senor Pasquale in the square. But she never showed her face. After a brief cellphone conversation, the two men returned to the Cadillac. We were back on the road.

Feeling like a classical musician struggling with the improvisational nuances of jazz, I burned to fit all the pieces together, but would have to settle for going with the flow. Puente’s sunglasses were back in place, and the way he lengthened his neck and held his head steady told me to back off for now.

Laying my head back against the seat, I closed my eyes and replayed the scene.  A detail begged for my attention. So, I went through the steps again, and there it was! When we’d first gotten close to the truck, nothing seemed amiss. It was only after following it for some distance that the engine had blown. Puente had known something was going to happen to the truck; I was sure of it. But how was that possible?

Thanks to avmurray for the use of her splendid artwork.
Pays one point and 2 member cents.

Writingfundimension has granted FanStory.com, its affiliates and its syndicates non-exclusive rights to display this work.
Advertise With Us
Manatees and Dolphins
thoughts