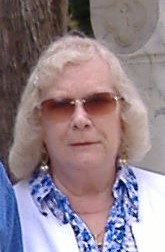 The hard life of the Garrets

THE SLOW AWAKENING
PART ONE
CHAPTER ONE

Bernard Garret swung round to his son who stood by the cart ready to lift down the crate of young chickens and a the roll of plain, grey cloth purchased in the market, from which his mother was expected to fashion their outfits.  Jimmy had unhitched the horse and put him in the stable, but his father’s unexpected arrival had caught them unawares. They were not to know that, after insulting several of his customers and threatening to knock Willie Fenton’s bloody head off, the landlord of the Black Horse, with some help from Willie and the insulted customers, had thrown him out and barred him from returning. His mood could not have been more vicious.

‘What the bleedin’ ‘ell yer doin’ ‘angin’ about like a ‘alf-wit waitin’ ter be told what ter do?’ he snarled at his son. ‘Get that cart unloaded, yer idle gob-shite. An’ look sharp about it, or yer’ll get me boot up yer arse.’

Hannah crept through the gateway, doing her best to escape her father’s notice, the dog slinking at her heels. She peeped from beneath the tangle of her hair, which was tied back with a piece of twine, falling in a thick cascade of dark brown curls to her buttocks. She was dressed in what could only be called rags—a short skirt, neatly mended in a dozen places and a bodice to match; poor things the colour of earth but clean, as she was, for the most part.  She wore no shoes and her feet were coated with the muck of the yard.

Elsie Garrett moaned deep in her throat and Jimmy’s mouth, set in a grimace of anxiety, tightened into a white line.

Elsie made some small movement, though what she meant to do could only be guessed at. Jimmy felt something tear inside him, as he knew his sister was in for some terrible punishment and, though he didn’t want her to suffer it, he hoped it was only a beating. He had seen the way his father had begun to look at his sister and, as young as he was, he knew what that look meant.  At sixteen, he was tall but lean, strong enough to lift the sacks of grain and manhandle tools of their trade, but lacked the strength to stand up to his bully of a father. Farmers for miles, and villagers locally brought their wheat, their oats and grain to be ground at Bernard Garrett’s corn mill and the concern, though small, was thriving, for, say what you liked about his father, he worked hard, and so did they all.

‘Right, miss, what yer been doin’ an’ who wi'?’ Bernard knew there was not a man in the district who would dare even to speak to his lass, but Hannah’s dough-like paleness of her terror turned a rosy pink. All at once Bernard sprang forward and grasped Hannah by her forearms, shaking her like a stuffed doll so that her head flopped on her slender white neck and her tangled hair fell about her like a curtain.

‘Yer bloody dirty bitch, yer’ve been messin' about in them woods wi’ some man, an’ by God, I’ll find out who it is if I ‘ave ter take the skin from yer back. Get inside. No, not you,’ he snarled when his wife made a move to go with him as he dragged at the almost senseless figure of his daughter. ‘You two get on wi’ yer work while I see ter this idle bitch.’ From the expression on his face, they were both made aware that he was going to enjoy it. ‘I’ll teach yer ter—’

For a moment it seemed the very birds had stopped their chattering. The chickens that pecked and strutted about the cobbled yard came to a standstill, or so it appeared, the dog cowering down on her belly. Elsie Garrett turned her face to the wall in despair, for what she had feared for a long time was about to happen and surely murder would be done.

Bernard turned slowly, still holding Hannah in a strong grip by the arm. Her feet barely touched the ground and she seemed to hang awkwardly in mid-air, her eyes glazed with terror and fastened on her brother.

Jimmy had a pitchfork in his hands and, though his face was as grey as ash, his eyes were alight with something she had never seen before. ‘Let go of ‘er, yer brute, or I swear I’ll kill yer. I’m warnin’ yer that if yer don’t let her go, yer’ll never ‘ave another night’s sleep. I’ll stick this in yer chest when yer’re in bed’ – brandishing the pitchfork – ‘an’ gladly swing for it.’

Bernard was so amazed he actually let go of Hannah’s arm where five bruises from his thick fingers were already showing. She fell to her knees, then scurried to her mother, who helped her up and held her close.

‘Well, bugger me if the lad’s not got balls after all, but yer know what? Yer goin’ ter pay fer this, my son. Oh, ‘ow yer goin’ ter pay fer it.  A bit of correction’s needed, I can see, so put the bloody pitchfork down an’ come over ‘ere.’ He laughed with pleasure, distracted from his “punishment” of his daughter by the thought of the hiding he would give his son and then he would attend to her.

Jimmy made a tentative threatening movement with the pitchfork, but it was plain to see that the fire had gone out of him and he was terrified of the enormous brute who was advancing on him.

Bernard laughed more loudly and the birds and small animals that lived in the trees and undergrowth about the mill cowered back and were totally still and silent. The dog whimpered in the back of her throat and so did Hannah, but something teased her memory, and it came from the half hour she had spent with Mr Patterson. Mr Patterson was an important man in these parts. He had said she was pretty and, though she didn’t know why he should think so, or even say so, she felt he was a man who could be trusted. He had come to their rescue once before and even her father had been wary of him.

Hannah stared at her father with loathing. ‘If you touch our Jimmy, I’ll run for Mr Patterson.  I was only speakin’ ter him this afternoon. He asked me about you,’ she lied desperately, ‘an’ … well, he said if ever you beat me or Jimmy again, I was ter run for him. He told me Doctor Bramwell’s a magistrate an’ a friend of his an’ … well, you’d better let Jimmy go.’

Father and son stood with their mouths open, their eyes wide and, for once, Bernard Garrett was stunned to silence.  He swayed slightly, turning his head from his daughter to his son, ignoring his wife, who was ready to faint in terror. In a maddened sort of way he was secretly proud of his children who had, for the first time, dared to stand up to him. Naturally, there was something of him in them, which explained it, but until this afternoon they had never displayed it and he was nearly ready to praise them. Of course, he wouldn’t, for it didn’t do to let them get the upper hand, which is what they would think they had achieved if he allowed it. But just the same, it had taken the edge off his rage and there was always another day. He thought he might just get out that bottle of brandy he had in the cupboard and have a little drink, and then, when all this was put to one side and the three of them thought it was over, he would take the lad, strip him and leather him with the belt until his back bled. Then he would get the lass and … yes … something pleasurable stirred in his crotch and he began to smile. Yes, he might just strip her and … what?  He didn’t know yet, but he was looking forward to finding out.

‘Bloody ‘ell,’ he exclaimed mildly, ‘as I live an’ breathe, two little doves turned ‘awks. Who would’ve believed it? We’ll ‘ave that soft dog o’ yers snarlin’ an’ turnin’ wild next. An’ ‘appen yer spineless mother standin’ up fer ‘erself. Wouldn’t that be summat ter see, eh?’ He smacked his thigh in what seemed to be high glee but his eyes were as cold and grey as the lake in winter, with not a prick or a gleam of light; just flat and blank and what his children knew was a terrible menace.

They were well aware, as was his wife, that they would not be let off; this wouldn’t be forgotten. He would get drunk, blind and senselessly drunk, fall into his bed and sleep all night, but come tomorrow, he would wake and remember.


© Copyright 2020. Margaret Snowdon All rights reserved.
Margaret Snowdon has granted FanStory.com, its affiliates and its syndicates non-exclusive rights to display this work.
Don't miss this both by two of our own! A book by Tootie and Commando