The classes offered by FanStory have been a great help to me in developing as a writer and learning about the nuances of good writing. Stacia Levy, Adewpearl (Brooke), and the late AlvinT, have all played a big part in getting me to widen my perspect - more...

Be careful what you ask for.


Classroom assignment Writing 1 in the class Writing Backstory The author has placed a warning on this post for language. 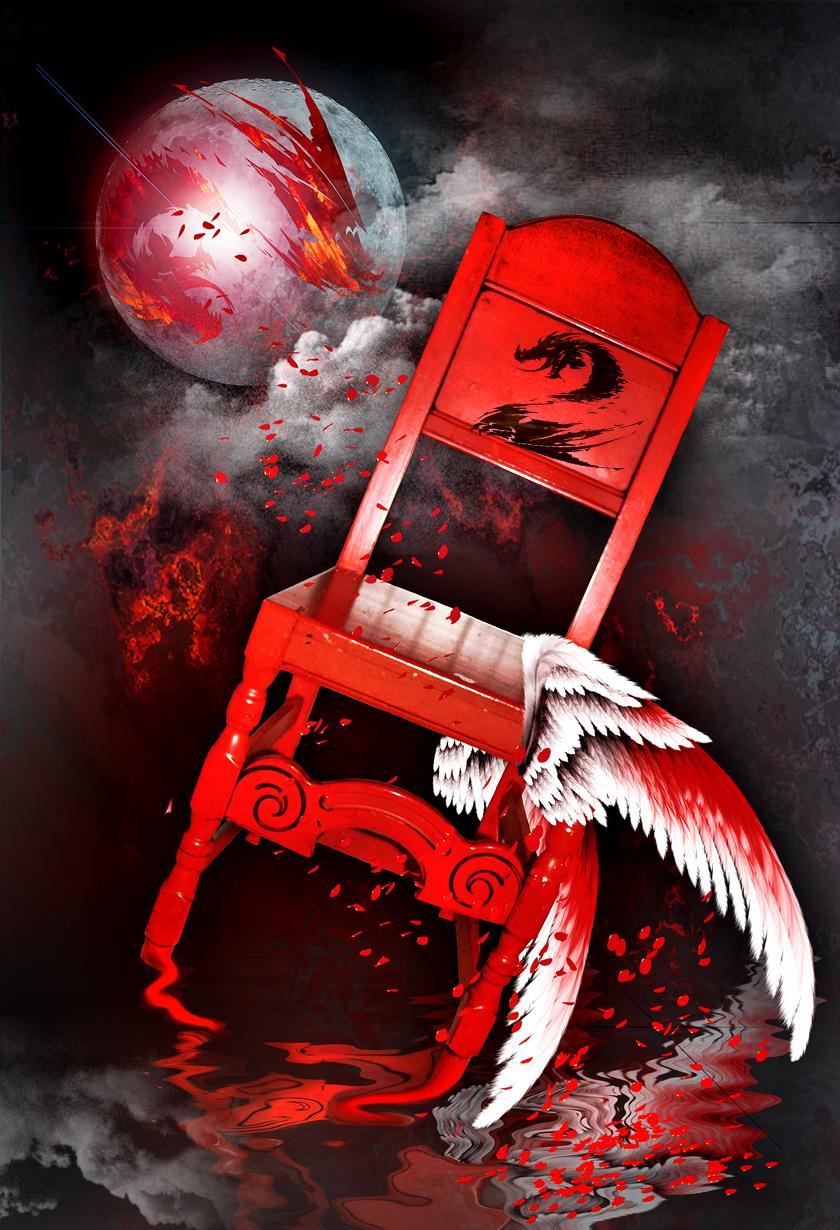 The sun's heat toasted the skin of my arms a deeper shade of brown. Back home in Texas, it was the time of day when creatures of any intelligence sought shade.

Being stuck on a two-lane highway cutting through the Mexican desert, it wasn't an option for me. The rental car's jacked-up air-conditioning chilled my legs while my head and arms baked in the heat. I shoved the expensive pair of sunglasses my girlfriend bought me onto the bridge of my nose and cursed their inadequacy against the sun's brilliance.

I needed to piss and looked for a place to pull over onto the edge of the chapparal. The prospect unsettled me due to my permeating fear of snakes. It's the reason I gave up my habit of an evening run, realizing that would be the time of day when all the things that give me nightmares would be on the hunt for food.

Two cars were all I'd seen in the last half hour, both headed in the opposite direction. Was it a sign? Shit, I'm letting Elise and her crazy visions mess with my head.

I drained the last of my water bottle and added it to the pile on the opposite seat. I located a good place to pull off, and noticed barbed wire. Who owns property way out here?  When I cut the engine and opened the car door to relieve myself, a crazy notion popped into my head and took hold.

Hopping across the ditch and unzipping my pants, I started to aim the stream atop the barbed-wire in a fuck-you gesture toward someone arrogant enough to fence in nature's purest palate. Then I realized if it was electrified such an act could cause me serious pain. I settled for pissing against the nearest fence post.

After re-arranging myself, I stood awhile marvelling at how far I could see. In the distance were hills, at least twenty miles away by my estimate. Two other things occurred to me in that moment: a couple of hours in that heat and I'd be ready to declare Jesus Christ my Lord and Savior. The second thing gave me a bad moment of doubt: this would be the perfect place to get rid of a body.

Enough of this. I haven't come all the way to Coahuila, Mexico to let a case of nerves send me running back home. This is my chance to test the theories banging around in my head for the last decade.

Back behind the wheel, I checked the time and realized I'd wasted too much of it dueling with my doubts. Setting the cruise control to 80 mph, I settled into my seat for the duration. Feeling my way through the empty water bottles, I found the other half of my turkey sandwich, glad I'd had the foresight to bring it along.

My thoughts returned to Elise, the long-limbed beauty who'd been my colleague at Texas A&M for the last five years. We shared a passion for physics, secret government cover-ups and sex--anywhere, anytime. She'd pressured me to allow her to come along on this trip, but the need to hoard my meticulously planned experience turned me deaf to her pleas.

Nearing my destination, the crazy rumors I'd heard of Americans being kidnapped and forced to transport drugs across the border plagued the edges of my thoughts, and I began to see the sense of having someone along as back-up. Elise knew the desert, having been raised in New Mexico, whereas I knew the ocean, which offered me jack-shit in the credibility department out here.

I'd often been accused of being spectacularly naive, despite holding advanced degrees in neuropsychology. Though the source I'd used to solidify my meeting with the reclusive shaman was a journalist of some repute, we'd never met in person. The risk that the man he'd arranged for me to meet could be the leader of a drug cartel was, therefore, real.

Parking my rental car on one of the side streets of Saltillo, I made my way to the designated meeting spot--a small square across from a bus station. Surrounded by Spanish architecture often copied, but never to be replaced, I waited for the reclusive shaman, Senor Pasquale.

The man was said to be near ninety yet capable of feats of unbelievable prowess. I could chalk that off as rumors designed to intimidate or impress, depending on the listener. What did worry me, though, was that he was also considered an adept trickster. Despite conscientious planning, there was no guarantee he'd show.

"I want my money up front," my phone contact insisted. "I can only tell you where he makes his rare appearances. The rest is up to you. And, there's a good chance you'll never see a trace of him."

"Your money will be wired today," I replied. I could not afford to alienate this guy. It had taken a year for me to track down someone who didn't hang up on me as soon as I mentioned the shaman's name.

"Just answer a question for me, will you?" I plied. "Why do you sound like you're afraid every time you speak of him? I'm not asking to meet Fidel Castro, for God's sake."

I heard him inhale cigarette smoke as he took his time answering. "Believe me, Castro is a cakewalk compared to Senor Pasquale. You arrogant Americans all think you can come down here to Mexico and throw your money around, getting whatever you want--no questions asked."

"Si, I know," he snapped into the phone. "You're a scientist, Dr. Morales, and that makes you special. In the name of science, you'll bribe the brujo with money or, better yet, the pretense of admiration. After he hands you all he knows on a silver platter, you'll go back to your university and convince yourself that this knowledge now belongs to you."

I was stunned at the accuracy of the assessment of both my methods and secret plans. When I said nothing, he continued his rant.

"A man of power, real power, will peg you for the narcissistic toady that you are. Don't come to me later complaining about how he took advantage of you." I heard wheezing from smoke-abused lungs. "Membros y miembas," he finished. With my limited knowledge of Spanish, I ascertained I'd been told to watch my step.

That conversation had taken place a few months earlier. Twice, I'd loaded my car for the trip to Mexico only to be told the shaman had changed his plans. Finally, three days prior, I received a message telling me the time was ripe for a meeting and to plan to spend several days in Saltillo.

During my short walk to the square, I rehearsed the speech I planned to use in order to enlist Senor Pasquale's help. I hoped to convince him that whatever information he was willing to share with me about altered states would be used to develop new research protocols for sufferers of advanced psychosis. If that didn't work, I was not above bribing and begging.

Despite the heat of well over a hundred degrees, I remained in the open, leaning against a band shell decorated with streamers left from a recent wedding celebration. Curiosity lurked in the shadows behind tipped hat brims and scarves protecting faces from the sun's brutality.

I felt as conspicuous as a penguin lying on a Florida beach, and smelled the musky odor of my own sweat. I glanced about, looking for anyone matching the description of Senor Pasquale: a diminutive old Indian accompanied by a beautiful mixed breed woman and a giant pock-marked Mexican male. Though they claimed to be relatives, my informant scoffed at the idea.

Should be easy enough to spot such a mismatched trio.

With a jolt, I realized that all the people and animals milling about the square had disappeared while I was tangled up in my own thoughts. Birds I'd heard twittering among the branches of a tree nearby had gone silent. A shiver of foreboding worked its way up and down my spine.

What the hell had I gotten myself into?

End of Part One

Due to inexplicable editing issues, I'm posting this as a short story, though it was originally chapter one of a novel I posted in 2011. Also, it was recently used in a writing class on this site, hence the blurb at the top. Sorry for the confusion, and thanks for reading.

Brujo: Witch.
Chimera: An illusion or fabrication of the mind.
Conjurer: One who practices sleight of hand.
Shaman: A practitioner of healing arts.

Thanks so much to AvMurray for the awesome artwork.

Writingfundimension has granted FanStory.com, its affiliates and its syndicates non-exclusive rights to display this work.

Pays: 8 points. and 86 member cents
Copyright © 2000 - 2022 FanStory.com. All rights reserved. Terms under which this service is provided to you. Our privacy statement.
top
You Have No Rank
Share 4 posts to be ranked.