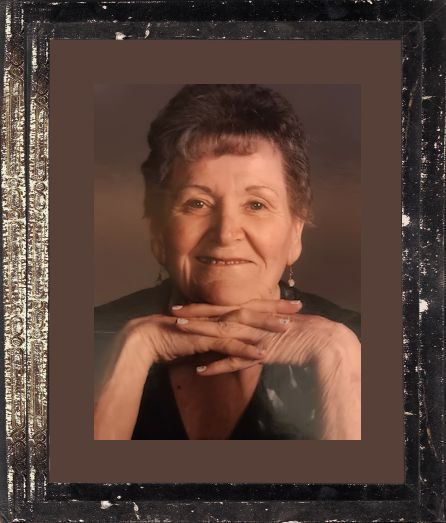 A life of struggles and trials, changed by God

Preface To The Story

She was married to a man who was in her mind the wind under her severely broken wings. Living with her husband thirty- seven years, before he passed away in 1995. Since, she has been a widow. In the years that passed she began to do some of the things she always wanted to do and learned new skills.

Her life has been spared at least eight times when it could have ended, but for some reason it seemed God had other plans.

She has been a public speaker for Christian Women’s Clubs, where she spoke forty-two times seeing over fifty women making professions of faith after hearing her story. After nine years of speaking she became very ill with pancreatitis and could hardly walk for eight months so had to move on in life. She now walks over one hundred miles a month.

In the year 2000 she began to learn to use a computer and began doing computer art work.  She made many webpages of poetry she had written and a number of short stories.

Now losing her vision, she is not willing to give up. She has had two heart attacks which required three stents to be placed in her heart.

She says, “life is precious,” and she relies on her faith in the Lord. She was  born again more than 60 years ago.

Her life story was made into a radio drama for Unshackled.  The program of her life is still available for those who want to hear it.

Early in life ‘She did right and now she does write’ giving her the title for this book. This story beautiful shows God’s plan for her life. God has been Good to her!


God gave me a gift the day I was born in 1938. The gift was one that only God Himself could open. This gift was a beautifully wrapped box, which was to be my life. Over the years I have been puzzled by the events that were happening in my life. Puzzled by the times of deep pain and frustration.

Puzzled by my seeming lack, in the eyes of some, to do what was right. I knew I was a bright person and learned quickly,  yet so many times I have felt like a miserable failure. Now God is giving me insight into the meaning of my life. He has helped me to know that He has a wonderful plan for my life. Jeremiah 29:11

He knows when I will be able to stand and when I will fall flat on my face. He knows the trials I can endure and the ones where I will struggle. Yet,all the time He is with me, directing my paths and showing me the way. There have been times when I would so woefully stray and He had to gently bring me back to His side, so He could once again be my guide.

Along the way He gave me thorns that were painful. Even though, they were what I needed to help me grow into the person He saw me to be, a person He could use to express His glory to others. Along with the thorns though He had in my box a garden of roses so sweet, to help me in the times I needed to smell His fragrance all around me.
He is promising me that when He has tried me I shall come forth as GOLD! Job 23:10

After many trials and failures He began to give me poetry as a way to come to grips with things that were troubling me. The following poem is just an example.

He Stood Beside Me

Life seemed a puzzle that did not fit
And I couldn't make much sense of it,
That's when I told Jesus I'd made a mess
And asked if He would come and bless.

As I looked into His kind face,
He put all the pieces in their place.
He stood beside me and dropped them in
Where shortly before, there had only been sin.

Now I can rest in His love and grace,
And look up so I'll see his kind face.
-Patricia Lawrence

To appreciate
the roses in life,
You first
must know the thorns
that caused
you so much pain.

To enjoy the fragrance
of roses
as you hold them
close to your nose,
first you must
deal with some rain.

For it is the rain
that allowed
those roses
to bloom.
-Patricia Lawrence

In the years that I have been privileged to be Pat's pastor, I have seen blessings, as well as adversities come her way.

It has been a strength and a blessing to me to see her fight her way through problems with the strength of the Lord, and not give in to discouragement.  Pat has shown great faith in times of trial and has given God the glory for everything he has done for her and through her.

Her many talents have been a real blessing and encouragement to others.  The old saying: If you want a job done, ask a busy person applies to Pat Lawrence

Always with a willing spirit to help and a driving desire to be a blessing to others has motivated Pat to write this book.  May it be  a blessing and strength to others as that is what Pat's life is all about.


I have wanted for over 20 years to attempt to write my story of God's goodness to me. This will probably be an adventure that may take some time to achieve,.
Pays one point and 2 member cents.


© Copyright 2022. patcelaw All rights reserved.
patcelaw has granted FanStory.com, its affiliates and its syndicates non-exclusive rights to display this work.


Dinnertime
Eagles are birds of prey

Pays: 8 points. and 1.03 member dollars
Copyright © 2000 - 2022 FanStory.com. All rights reserved. Terms under which this service is provided to you. Our privacy statement.
top
You Have No Rank
Share 4 posts to be ranked.