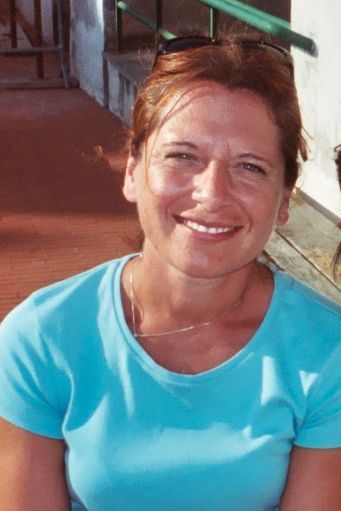 First night of the house party.

Previous chapters: Wallflower Anna and her popular sister, Leigh, are invited to the Earl of Leeds' house party. A house party the Earl's mother is throwing in order to get him married off. Anna and Leigh's mother's plan to arrive early in order to have the Earl to themselves (and have him spend time with Leigh) works, and they have tea with him. Much to Anna's delight and her mother's horror, they talk of the theater. Finally, they are shown to their rooms, and Anna commits a most grievous sin of trying to check out the library. It's hard to be a bluestocking of marriageable age in Regency England!


Anna glanced over. Leigh's head peeked out from under the covers, her long eyelashes resting against her cheeks. Ever since Leigh was a baby, she'd fallen asleep within minutes of climbing into bed. Not for the first time, Anna wished she'd been blessed with that gift.

The lone lit candle left most of the room in shadow. Anna sighed, shifting to her left side. After the long carriage ride, the primping, dinner, the conversation and card-playing afterwards - she should've been exhausted. For the better part of two hours, she'd tried all methods to will herself to sleep. Nothing worked. She counted sheep; she counted cows; she even conjugated verbs in French and Italian. Nothing.

Her mind kept rolling back to earlier in the evening.


She'd gone downstairs, back to the Green Salon, and walked in to find nearly thirty people in attendance. She pretended not to notice the Viscountess's disapproving look as she searched the room for someone - anyone - she could talk with to avoid having to stand with her mother. Her heart sank as she found Leigh in the far corner, surrounded by a group of girls her own age.

"Anna!" A petite blond whirlwind descended, giving her a big hug. "It is so good to see you! Your dress is lovely." She pulled back and smiled.

"I am glad you made it. When Aunt Maria handed me the guest list, I was so pleased to see your name on there. I've seen nothing of you this winter."

Anna had first met Lucy Wells at boarding school during her final year. She had befriended the new student after finding her shedding homesick tears in her room. The five years' difference in their ages hadn't kept them from becoming fast friends. Lucy went with Anna everywhere, yet Anna never minded. They kept in touch by letters after Anna left, and visited each other when in town. Lucy had her coming-out ball two years ago. With her fashion, good humor and fortune, she grew very popular, and with more invitations to parties than her older friend, they'd seen less of each other. Last season, they had separated even further.

"I have been stuck in Bath." Lucy sighed. "Father has gout, and the medicinal waters there are supposed to be the thing to cure it." She leaned closer. "I'm not too sure about that one, Anna. He doesn't seem any better to me. But look at you! Mama told me that Mary had taken the position of lady's maid to replace your old one. She always had an eye for fashion, and when my sister married and moved to Italy, she had nothing to do at home."

"Thank you for sending her over. She is lovely. And my mother does not know what to make of her." Anna smiled again. "Since she comes from your household with your mother's recommendation, Mother is too afraid to oppose her."

"Mary knows what she's about. Mama was even a little afraid of her." She grinned. "So, have you met my cousin yet? The illustrious Earl?"

"I did. We arrived very early this afternoon, and he was here to greet us."

"Poor Chris. Aunt Maria is determined to get him married by the end of this Season. She's worried the family line will die out if Chris perishes during one of his travels. He has been making plans to travel to the Colonies again soon."

"I have no idea." She laughed. "You will have to ask him yourself, Anna. At least you will be one of the few females interested in his answer, or who even knows where he's talking about. Your hair looks beautiful done like that. I have always envied your hair. Mine is so thin and -- Aunt Maria, there you are!" Lucy stopped in front of one of the couches. "Do you remember Anna Sevarin?"

"Hello, Miss Sevarin. I am so glad you could make it. Lucy was very excited when she'd heard you'd accepted the invitation. I had no idea you two had met at Thornwell. She told me you'd befriended her when she first arrived and was still quite miserable."

"Yes, milady." Anna nodded, wishing she didn't feel so shy. Lady Stratton wore a warm smile and seemed interested in talking with her. Not wanting to leave an awkward silence, she said the first thing that came to mind: "Yes, Lucy was very homesick and I happened upon her at a bad moment."

"Then I stuck to her like glue. I still can't believe she was nice enough to let me tag along. She became my surrogate sister." Lucy squeezed Anna's arm. "Did you know, Aunt, that Anna is a huge fan of the theater?"

"I believe we did speak of the theater once." Maria smiled. "Do you attend regularly?"

"I try. No one in my family holds much interest, so I go when I can."

"Do sit down." Maria patted the cushion next to her. " We can talk about possibly attending together. Unless Chris is available, I am always having to seek out someone else to go with me. Would your mother mind? Lucy, do not look like you are back at school doing sums. Off with you." Maria waved her hand in a shooing motion.

Anna hesitated, then sat as Lucy grinned, made an about-face, and strode away. "Lady Stratton, I am sure you have other guests..."

"Rubbish." She turned to her. "I've done all the formalities and greeted everyone. It is up to Chris to entertain. This is his house, after all." She smiled. "So, I assume you saw last week's performance at the Globe?"


Anna got out of bed and went to the windows. The moon, half hidden by clouds, cast a weak light on the lake and lawns below. She'd enjoyed the evening. The Earl had come over and greeted them at one point, sitting on the other side of his mother for a few moments. Looking at them side by side, the resemblance was obvious. The Earl had inherited his eye color from his mother, and their smiles matched. After a few pleasantries, he'd asked what they discussed. When Maria said Shakespeare, he'd grinned.

"I see you've found a kindred spirit, Mother." He kissed her cheek. "I only wish I could stay and join in, but apparently I am hosting a party here." He'd winked at Anna, then rose. "If you will excuse me."

The rest of the evening sped by. Lucy sat next to her at dinner, then convinced her to play cards. Anna, a terrible card-player, tried to apply herself to the task. Their opponents spent more time chatting about the Earl's fine qualities and elegant dress than paying attention to their cards, so she and Lucy won hand after hand.

A nice night. Lucy seemed determined to renew their friendship. Anna knew it was her own fault they'd grown apart. Lucy had tried to include her in conversations at parties, but Anna, older and less gay, had felt out of place, and often returned to her mother's side.

She'd been too embarrassed to stand with Lucy and her equally fashionable friends.

Anna reached up and tucked a lock of hair behind her ear. As usual, most of it had come loose from its heavy braid. She took a deep breath, let it out slowly, then turned to go back to bed. Oh, why can't I be tired? Why couldn't I've brought a book to read to help me fall asleep? She stopped at the edge of the bed and looked at the door. The library. Perhaps...

Don't do it, Anna! What if someone catches you in the hall? It would get back to Mother...wait - I could say I was going to Mother's room. She picked up her robe from the dressing table chair. She tied it around her then grabbed the candle by its holder. It's not likely anyone will be awake at this hour. And the housekeeper did say the library was open to guests.

She opened the door and peered out. The dark hall loomed. She listened. Silence. Anna stepped out of the room, eased the door closed and made her way down the hall. When she reached the doorway of the library, she hesitated a long moment before going in. She advanced to the closest shelf and raised the candle. After reading a few titles, she realized it seemed to be a military history section. She stepped to the next bookcase. 'Greece and Cyprus' jumped out at her, and Anna took the small volume off the shelf. She'd always wanted to learn more about Greece. She tucked the book inside her wrapper and left.

Anna made it back into the bedroom without coming across a soul. She closed the door as quietly as possible, then replaced the candle on the nightstand. Glancing at her sister before climbing back into bed, she smiled. Still asleep. Not only did Leigh fall asleep right away, nothing woke her. Anna moved the candle as close to the bed as she dared, then picked up the book. Just one chapter, and then I'll go to sleep.

How does Anna come across to you? Is she believable?
Pays one point and 2 member cents.