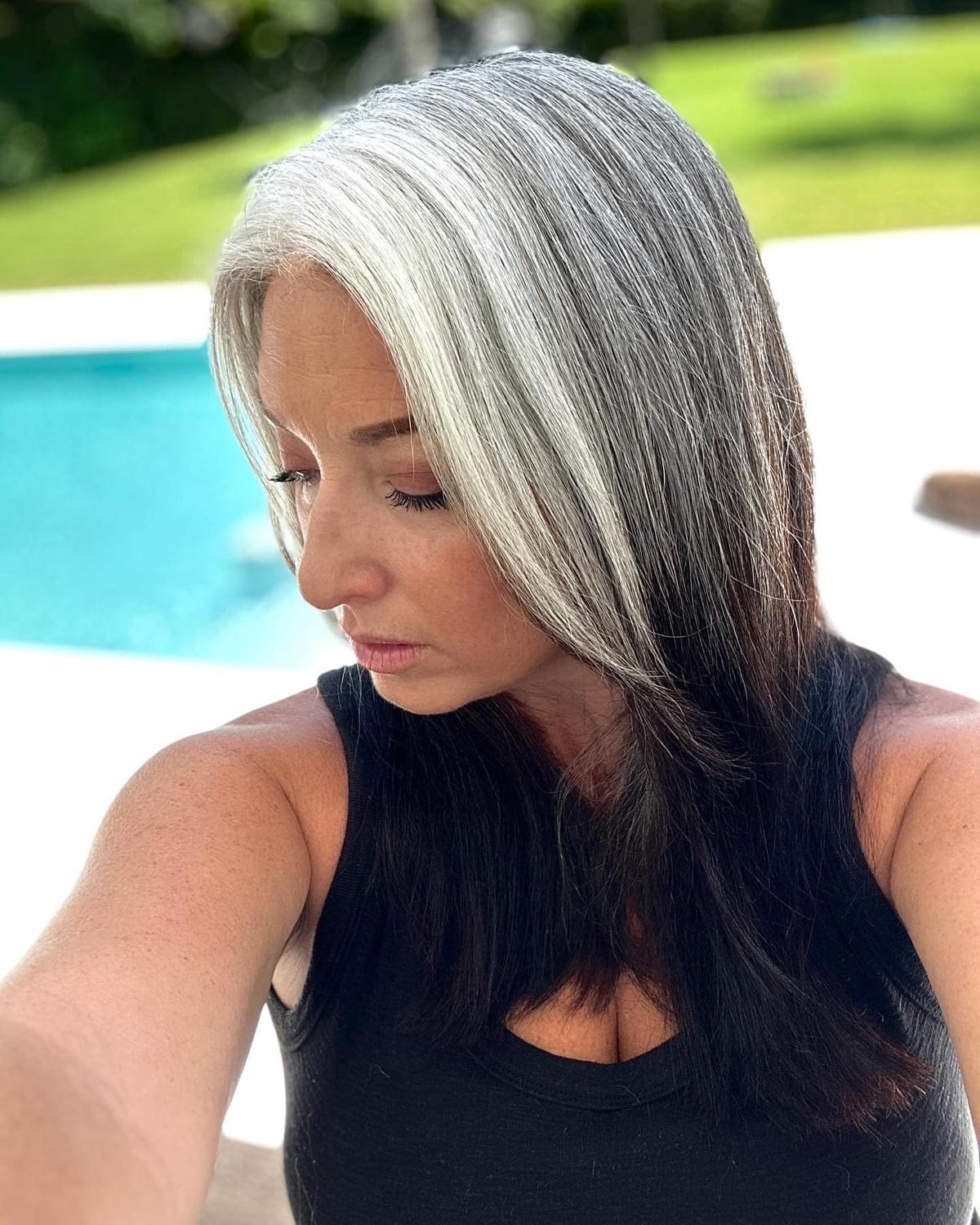 The epitome of love

Have you heard this hymn before?

Rock of Ages, cleft for me,
Let me hide myself in Thee!
Let the Water and the Blood,
From thy riven Side which flow'd,
Be of Sin the double Cure,
Cleanse me from its Guilt and Pow'r.

2. Not the labors of my hands
Can fulfill thy Law's demands:
Could my zeal no respite know,
Could my tears forever flow,
All for Sin could not atone:
Thou must save, and Thou alone!

3. Nothing in my hand I bring;
Simply to thy Cross I cling;
Naked, come to Thee for Dress;
Helpless, look to Thee for grace;
Foul, I to the fountain fly :
Wash me, Saviour, or I die!

4. Whilst I draw this fleeting breath—
When my eye-strings break in death—
When I soar through tracts unknown—
See Thee on thy Judgment-Throne—
Rock of ages, cleft for me,
Let me hide myself in Thee !

I have, many times over in my young life. Though I am not particularly fond of most spiritual hymns, please forgive me, this one hymn plays incessantly through my heart and mind, the remnant of memories crisp recalled of my dear, sweet, grandmother Emma.

Emma sang this song every day, perhaps without a conscious thought that she was singing it at all. It is likened to talking to oneself in a matter of fact tone. We all do it, unaware. It didn't matter what she was doing; cooking, cleaning, sewing, gardening, or rocking me gently to calm my hurt or fears, it was her song of choice. I once asked her why she sang this song all the time. In her gentle manner she replied, “When you have such incredible joy and love in your heart, singing to the good Lord shows gratitude and grace.”

When Emma focused on singing this hymn completely in full heartened, controlled melody, it was moving and potent. Her voice was breathtaking, strong yet soft, fluid and captivating, and the timbre of its words penetrated all emotions of those within the perimeters of her dulcet aria.

I had the honor of observing the effect she had on many. Although I was but six years old, I remember distinctly standing beside her on a cold, blustery, October morning, a grey offering, where the sun had left its post to weep behind the clouds and the dry vapid leaves of monarch Oaks tumbled through the wind, giving a disjunct motion to her voice which charged through air. Most of the day, and the people surrounding this event are but a blur to me, but I knew it was a funeral, although I had not fully grasped the finality of death, or the significance of this gesture in a growing era of social unrest. The funeral was for Cletus Brown, my grandmother’s best friend’s twenty five year old son. He had perished in a tragic car accident. My grandmother held Ettie May close, and with each woeful wail of grief, Emma raised her head to the cold aloof clouds and sang louder, as if she was demanding the good Lord to hear her friend’s grief and send comfort.

Ettie May, sweet Ettie May, after Cletus’s death she became despondent. Emma would arise every morning, traipse through the back yard and through their common gate to bring Ettie hot coffee and demand that she come to sit with Emma, help her with her sewing, and watch the soap operas. This gesture was not anything out of the ordinary, for Ettie May spent a great deal of time at Emma’s house and Emma spent a great deal of time at Ettie Mays. However, it was this year that was of special concern, for Ettie May’s house was drafty and bitterly cold. An old clapboard house that had grayed and weathered beyond repair, the screened- in porch frayed, and the boards splintered and unsteady. The aged flowered wallpaper had peeled from its backing, exposing black tar and moldy wood. You could hear the wind howl, rising through the inner nakedness of Ettie’s home, imposing its cold frigidity on Ettie’s frail body. Her only source of heat was an old cast iron potbellied stove, surrounded by hammered tin, that jutted out from the corner of a small, dimly lit living room. Cletus always made sure the stove was burning brightly, fetching firewood wherever he could, but not this year, nor ever again. Ettie May could not manage the strength to feed the stove, much less find and retrieve the wood. Emma, though a very strong woman in her own right, could not manage it either. There was, simply, not one virile able bodied man in the neighborhood to ask or even employ.

Emma’s house was small, but warm. The gas space heaters were installed nine years before I was born, and Emma called them God’s gracious hands. Yes, she would insure that everyone she loved would benefit from what God’s hands had given her, and she loved Ettie May, as she would say, more than her own sisters, and she loved them dearly.

Years passed and Ettie's grief softened, but never abated. Ettie May now joined Emma, continually singing that most beloved hymn in harmonious joy. After school, I would walk into Emma’s home and you could hear the two rehearsing 'Rock of Ages' to sing in their worship services, which happened to be two worlds apart, and it never occurred to me to question why.

It was the parched summer of 1964, Ettie May had suddenly passed away. I was eleven years old, and it was at this time I became more aware of my surroundings, the unstable era of war, of racism, social unrest, and the equal rights movements. Ettie May and Emma had answered all my questions; and both had instilled in me that God was not partial, that He had made man out of every tribe, nation, and tongue. To dishonor His creation was nothing short of blasphemy, and to declare you were better than anyone was to arrogantly declare that God was flawed.

The morning of her graveside funeral was hot and humid. Emma made sure my dress was pristine, and she had bought me gloves and a hat. She wanted me to honor Ettie by wearing a hat, for Ettie loved hats, and Emma always made sure Ettie had one.

We drove for what seemed to be eternity. From the main highway that ran through Wichita Falls, we turned down a long, rutted dirt road. We finally arrived at the small oak fenced cemetery, so obscured from civilization, one would never have stumbled upon it, had it not been a destination, a destination known only to Ettie May’s fellow brethren of God; except Emma and me. We knew. From the view of our car I could see the congregation of grief stricken friends huddled close together in a circle, surrounding Ettie May’s casket. As I exited the car, I heard the hymns indicative of our country’s slave era. Piercing scales of harmony, alternating with plainchant, the texture of rich voices that portrayed the wilt of sorrow, electrified the hot stifling air. As Emma and I approached the weathered gate, the cantata abruptly stopped. A tall handsome man with grey peppered curly hair walked toward Emma and me, and as he was doing so, the gathering mourners parted quietly, creating a walkway for the new arrivals, and consequently, framed the small pine coffin that held sweet Ettie May. It was then I realized that every one gathered at her memorial were all of African American heritage; and Emma and I were the only white people to be seen. This is what I had not assimilated at the age of six, when we attended Cletus’s funeral. With each step, Emma reached out to Ettie’s dear friends; and they in turn reached out to her. In Emma’s hands was a bouquet of lavender and lilacs, which she and Ettie May had lovingly nurtured and grown. Emma's eyes filled with tears as she bent to kiss her faithful friend. She then placed the bouquet on a beautiful hat that rested in Ettie May’s small delicate hands. She gathered her pose, stepped to the side and began singing 'Rock Of Ages' with such incredible beauty, the birds gathered and quieted in the giant shady oaks. Men pulled out their already soaked handkerchiefs and the women could be heard muffling their grief behind salutations of ‘amen’.  Emma’s voice began to waver and quiver, her grief so overwhelming, she could not go on. The gentleman who greeted and escorted us upon arrival drew by her side, put his arms around her, and in his deep alto voice interceded. He held his head toward the brilliance of the summer sun, as if to implore the good Lord to hear their grief and summon comfort to calm each heart.


The years passed; and it was in the 26thyear of my graced life, the early summer, when my sweet Emma passed. The day of her funeral, I gathered lilacs and lavender from her fragrant prolific garden, donned a beautiful hat and white gloves. The church was filled with so many people, there was standing room only; a sure testament to a beautiful life.


The funeral procession to the cemetery was long and it afforded me the chance to practice her song. I had no voice, but I was determined to sing' Rock of Ages' in her honor. Hopefully, Emma would close her ears to my off tonal pitch, the way she closed her ears to the vile tongues of racism, and opened her heart to truth, justice, unconditional love, and compassion. I bent to kiss her beautiful face, placed the lavender on her hat resting in her broad gentle hands, and began to sing. My voice began to crack and waver. I feared I would not make it through the second strophe, when a gentle firm hand rested upon my shoulders, and a voice so deep, so resonant, so familiar, began to pick up the harmony. I turned to look, and there he stood, though aged and drawn, with hair silver white as snow, the man who held my grandmother in her grief at Ettie May’s funeral, and behind him, the congregation who was touched by my grandmother’s grace, and her life enriched by their unconditional love.

Rest in eternal peace my sweet Emma and Ettie May Brown; you are the epitome of love and ‘My Rock of Ages.'

thank you Glass i for Purple Patio Pleasures
thank you for reading and reviewing...
Pays one point and 2 member cents.


© Copyright 2022. jlsavell All rights reserved.
jlsavell has granted FanStory.com, its affiliates and its syndicates non-exclusive rights to display this work.
Don't miss one of our own....
Read Patricia Dillon