Some insight into Chochee's way of thinking

To live is to sleep 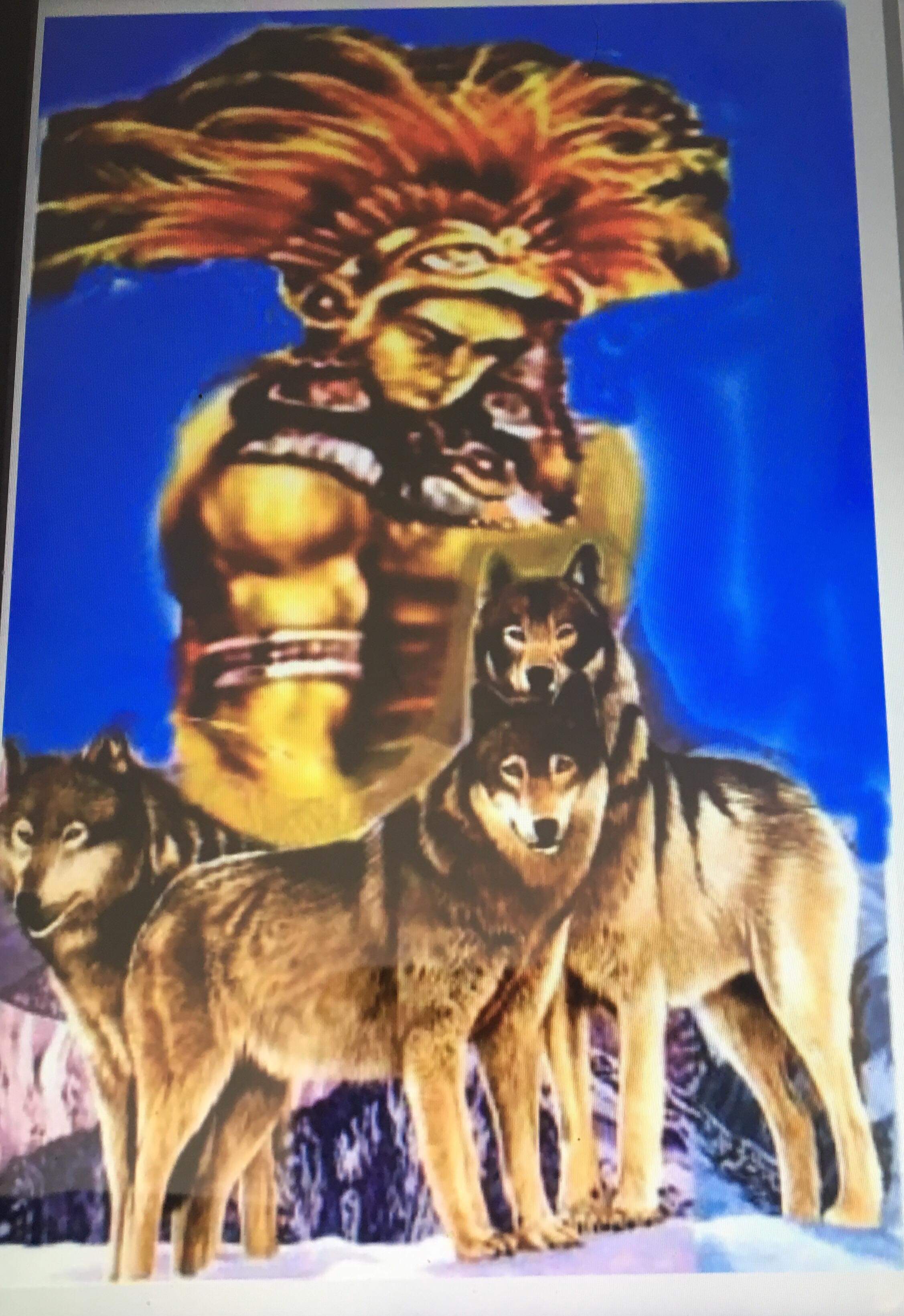 In Aztec culture, the worship of death involved the worship of life. Even while the skull was a symbol of death - it also is a promise of resurrection. Before the Aztecs, the indigenous Chichimecan Indians fought to protect their homes and surrounding land from the Spaniards looking to exploit the mineral rich area of Guanajuato, Mexico. Unable to defeat the Chichimecas militarily from 1550 to 1590 the Spaniards finally resorted to offering goods and opportunities to bribe the Chichimecans into making peace.

Similarly, the Native American peoples of North America were demonized for living a way of life that was not understood according to European belief systems. In fact one symbolic portrayal of the Manifest Destiny of the 1840's, featured "Columbia" the great American woman angel floating over the Western Plains, ahead of her is a great darkness with bears, wolves and Indians fleeing her light and in her wake were farms, villages, cities and railroads. The idea was to invoke a mental picture that the Native American culture was animalistic, ignorant and barbaric lacking in spirituality and morality therefore the Indians had to be removed in order to bring prosperity and technological progress to the United States.

The U.S.-Mexican War fought during 1846 and 1848 which resulted in the capture of lands in the Southwest also must have been very difficult for the United States to justify during that period. The rational was that it would bring Anglo-Saxon institutions into an area that was devoid of such enlightenment.
Expansion and Indian removal during this period should have created some problems for the new American nation in terms of its moral character. How could a nation that prided itself upon its democratic institutions, force the Native American people living in these areas westward? How could you rationalize the taking of one's land and the usurpation of others property?

In the end the argument that was used was, "It had to be done to save these Native Indian people. They didn't fit in the East, so they had to move out beyond the frontier where they could do their Indian thing unmolested. This was the best and only possible way to save these poor Native Indians.
The hypocrisy of this must have been pretty obvious because many of the people who were removed were sophisticated and "civilized". The literacy rate of the Cherokee nation back then was higher than that of the white South up through the Civil War, yet the tribe was still moved westward as an uncivilized people, so that their land could be open for the expansion of the United States.
Many of the tribes living in the Southeast already were settled successful farmers or "civilized," yet they were still moved to Oklahoma. In Illinois, Michigan, and Indiana, the Native American people there were already active in trade, were trilingual and entrepreneurs, still they were forced to move into the plains of Kansas and would become Native American pioneers there. They transformed the West because their cultures had already been transformed in the East therefore; they brought many tenants of American "civilization" to the West with them. Many of the tribes indigenous to the region were also forced to move yet further West and South against the Mexican frontier. The U.S.-Mexican War was only one of a series of American expansions that took place. The legacy of this war was the continued expansion during the latter part of the 19th century. By the end of the century, the U.S. had expanded from coast to coast and also expanded into Asia, where the U.S.also took the Philippines in the Spanish-American War.

Not many Americans knew or cared back then about the war between the United States and Mexico, yet it made a profound difference to the shape and future of the United State. Especially in its wealth, with the discovery of gold in California. It also increased the image of the U.S. as an expansionist, transcontinental empire. The war would reshape the area in which many of us live today, from Texas all the way to California. We would likely all be tourists to these regions today were it not for this war.
By the time the war ended there were close to 75,000 Mexicans living in these conquered territories, from California to Texas. Some were given a choice of either going back to Mexico or staying in the United States. For some that stayed, they could choose between a Mexican or U.S. citizenship. If they didn't declare a choice, after a year, they were told they would automatically become citizens of the United States. Many of them soon discovered that they had become second-class citizens in their home land. American laws were not extended equally to them. Justice was delayed and/or denied to them. Many of them lost their rights to their land for reasons that were not that complicated. Mexicans from California to New Mexico lost their properties and began to feel that they had become foreigners in their native land.

Mexican brujos soon developed a saying "to live is to sleep and to die is to awaken."

Perhaps this saying came out of the sense that all of the injustice and suffrage during this life time would be rewarded in the next life to come.

I contend that there still may be something inherited in the DNA of today's Hispanic culture that continues to contribute to the "fight or flight" mentality that is amplified when one is placed in a group setting of like-minded individuals - such as that exhibited by many of the Hispanic gangs of today.
This is not to suggest that other cultures are exempt from similarly inherited DNA traits and defects.

The realization that we are all placed on this world for only a short while should be enough to keep us from craving that which did not belong to us throughout the ages but alas, we are humans and filled with human defects and desires, such as that urge to want to rule and control all that surrounds us.


All characters appearing in this work are fictitious. Any resemblance to real persons, living or dead is purely coincidental.

QC Poet has granted FanStory.com, its affiliates and its syndicates non-exclusive rights to display this work.
Advertise With Us
Parting the Red Sea
5-7-5 Senryu