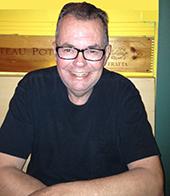 
see author's comments for explanations
Many of us first attempt to write a haiku having a vague memory of a junior high school English teacher telling us to write about nature and count syllables. Doesn't sound very fun, does it? We need to learn to enjoy haiku before we can write them. (Yes, the plural of haiku is haiku.) We learn to enjoy them by learning to read them.

Haiku started in an oral culture. They're meant to be read aloud. When I read before a Japanese audience, the custom is to read them twice. So before you can even understand a haiku, you need to read it aloud. Yes, twice.

on a bare branch
a crow lands
autumn dusk


Read it aloud. Twice. Remember your seventh grade English teacher? She (or he) said haiku should be about nature. This is. So far, so good. That same teacher said it should have a 5/7/5 syllabic count.

Oh, boy. We're in trouble. What was Reichhold thinking when she translated this? It has a 4/3/3 syllable count! We're seven syllables short. Does this make it an evil haiku?

Enter our Japanese guide (I like to think of her as an anime character with long hair and a pixie face.) She tells us that Japanese has sound units called on. Japanese sound units are about a third shorter than English syllables. So a 5/7/5 on haiku would translate to about ten to twelve syllables.

Great! We don't speak Japanese. (Well, I do, but only enough so that I won't starve in a sushi bar.) So Hiromi (like that Japanese name for a girl?) tells us haiku are about breathing.

"Yes," she says. "Breathing. Haiku should be short/long/short in terms of our breathing."

"What? How can I breath while speaking words?"

"It's easy," she says. "Breathe in when you voice on a bare branch, out when you voice a crow lands and in on autumn dusk. But don't forget finally to breathe out," she laughs.

My red-haired friend (red hair is very popular in Japan) says," Oh, I get it! Its like a-ha-aha."

Hiromi smiles broadly at the bodacious brat. I want to smack him.

"Yes, Bruce-san, you get it," says Hiromi. "Haiku should be short/long/short when read aloud. Don't worry about your syllables; breathe. Here, let's do some breathing exercises. In/out/in/out."

So Hiromi and Bruce are breathing together in unison.

"Yeah, I have one

"Oh, that is so good, Alvin-san. You breathe in on bodacious brat, out on steals girl and in on empty room. By the way, what does bodacious mean and how can someone steal a human being?" Hiromi asks naively.

"Back to the crow haiku," Hiromi says. Yeah, if I had told her, I would be eating crow.

"Do you see how the crow haiku is about observing nature?"

"On second thought, your haiku wasn't very good, Alvin-san. It wasn't about observation, but I think it reflected your feelings."

OK, maybe I don't hate Brucey-boy so much.

"You see," Hiromi says, "You didn't personify nature, but you observed it. Your first haiku was all about your feelings, Alvin-san. You are so Western. You must be calm."

"Note the season," Hiromi says. "Let's go back to the crow haiku."

on a bare branch
a crow lands
autumn dusk

"What season is it, Alvin-san?"

Heck, even old Brucey-boy could get this one.

"Do haiku always have to have a seasonal word?" I ask.

"What season do you associate with roses, Bruce-san?"

If he says love, I'll slap him into next week.

rain cleared--
for a while the wild rose's
fragrance"

Hiromi knows a heck of a lot for an anime character.

"The breathing is short, long, short; it has seventeen on in Japanese and eleven syllables in English (which is OK); it observes nature; it doesn't use personification; it captures a moment in time (the phrase for a while); it has a line of insight in the first line, though it's usually in the third; there's a break between the first and second line; the second and third line are grammatically connected; and rose is the seasonal word for summer," Hiromi teaches.

"Wait a minute!" I say. "Isn't this in the past tense? Shouldn't haiku be in the present?" I smile smugly.

"Cleared is an adjective, not a verb, here, Alvin-san."

Oh, right! I feel stupid. "But what's the intention of the haiku?" There, maybe I am smarter than Bruce.

"Bruce-san, what do you think?"

"It's to show the ephemeral quality of life--very Buddhist."

I hope he's reincarnated as a cockroach.

"Yes, that is so wise, Bruce. Haiku often observe nature but also reflect on life."

If I murder him, do I come back as a cockroach? I wonder...

"Come with me, Bruce, and we shall write wonderful haiku."

Bruce disappears with the anime character into the cartoon.

Hey, he's stuck! I don't think he's coming back. I think I'll concentrate on my breathing and write some haiku...

cockroach boyfriend
runs off with anime character
stuck in cartoon

Oops! That's not very good; it uses personification. Thinking of Bruce as a cockroach is insulting to the cockroach...


My word! There's another girl coming down the street. This time it's in real life.

I think of Jane Reichhold's haiku

strawberry
another red tongue
on mine

"O-hi-o (That's Good Morning in Japanese). Would you like to go catch an anime flick? A friend of mine is starring in it."

The Japanese girl looks at me like I'm insane. Heck, I don't even have red hair!


In Japanese, adding -san at the end of a person's first name is a sign of respect. Not to do so would be rude.

In Japanese culture, divine beings are often portrayed as sitting on lotus flowers.

If you would like more information on haiku, I am offering the Shorter Poetic Forms course again next month. Go to Classes on the above tool bar and choose Shorter Poetic Forms (starting in June) from the drop down menu. We spend a week on haiku in that course. Please let me know if you would like further information.
Pays one point and 2 member cents.


© Copyright 2022. AlvinTEthington All rights reserved.
AlvinTEthington has granted FanStory.com, its affiliates and its syndicates non-exclusive rights to display this work.

Pays: 8 points. and 86 member cents
Copyright © 2000 - 2022 FanStory.com. All rights reserved. Terms under which this service is provided to you. Our privacy statement.
top
You Have No Rank
Share 4 posts to be ranked.