The Outing by Mastery

Keep reading and writing every day if you really want to succeed and get published.


Bob's fourth novel, "Shadows of Sin" was released in January of 2020. It is the third in his Cleve Hawkins detective series. 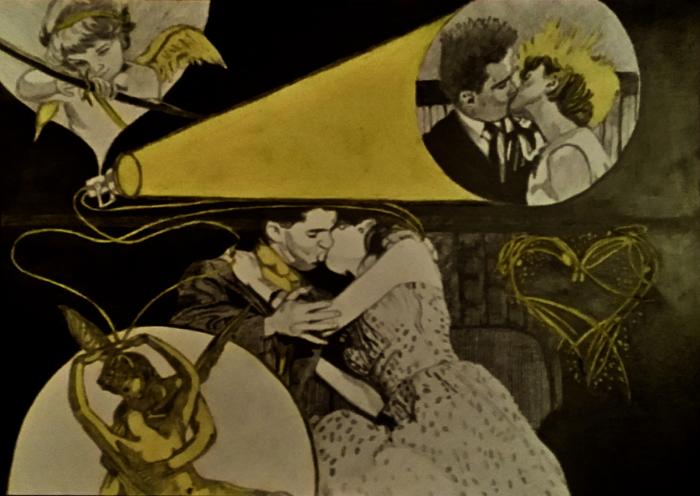 She always loved to dance. And even when she wasn't dancing, she was a man's living wet dream. A tall blonde with a "I-don't-give-a-shit" hairdo, ruffled and sexy. In the dim lights, she appeared to have a doll-like face that was painted with far too much makeup. Her purse looped over her shoulder and looked big enough to hold a pack of cigarettes but not the matches. She was definitely built for speed and looked as though it was way too early for her. Her eyes were dark -- real close to black. They were huge, and resembled wistful windows that begged to be closed by unexpected orgasms.

Her breasts screamed to spring free of the low-cut, red sweater that was tucked into tight jeans. A useless black belt circled her waist, the tip dangled at the hip like a thirsty dog's tongue in August.

The Blue Moon was a king-sized bar that was like a lot of big city watering holes---favored in the daylight hours by hardcore drunks, during early evening hours by casual hookers and their johns, and late at night by the black leather and tattoo crowd. A guy would stand out as a target if he tried to buy drinks with an American Express card.

Bob Seger's "Night Moves," was blaring from a jukebox on the back wall. Two green-topped pool tables took a lot of space near the center of the room. Wandering cigarette smoke concentrated under the lights dangling over the center of each of the tables. Two longhaired men were shooting pool.

"Hey, Barb! Give us another coupla' Millers when you have time, will ya?" shouted one of the men.

Chuck stepped up to the bar, stood between two stools, and lit a cigarette. He pulled an ashtray over in front of him as one of the two female bartenders sauntered over and flipped a napkin in front of him. She was definitely dressed for the kill.

"What can I get for you?" She smiled.

"Absolut and tonic," said Chuck. His thoughts wandered to other places as he watched Barb, dipping and twisting in front of him. She went about her job in sort of an original, barsweeping ballet. Chuck envisioned her naked on the beach, her blonde hair fluttering in the breeze, her breasts so proud and firm, barely bouncing as she strolled the sandy shore. He felt a heaviness at his center, the growing hunger of lust.

He needed sex all right, but quickly surmised that barmaid Barb might be a bad choice for a casual encounter. Working at The Moon, and with a body like that,she probably has been punched more times than a porcupine has quills.

But that blonde down at the other end.

Chuck grabbed his drink, sauntered down to the other end of the bar and squeezed in next to the her. She said her name was Joan. "Everybody calls me Joanie."

They danced three times, and an hour and four drinks later things were heating up very nicely between them. Chuck pictured Joanie naked. Yes, I'll get laid tonight for sure.

He snuggled in closer to her. "Maybe you should lay off a bit," he whispered. "Wouldn't want you to fall asleep on me."

She caressed his hand with her fingertips and looked in his eyes. Her lipstick was too red. "I'll be okay. What did you say your name was?"

Chuck was feeling a slight buzz, but he could still tell that Joanie's beer was really catching up to her. She smiled in a fractured sort of way that told Chuck she was getting drunk. That was the last thing he needed tonight, a hot woman who fell asleep during sex.

She kissed him on the cheek, then took a bar napkin and scribbled something on it. Damn! She smells good. She said something and bent over closer to Chuck. He got a good look at her cleavage while she wrote. She looked up into his eyes and pressed the napkin into his hand.

"Let's get out of here," she whispered.

"Let me go to the little girl's room first." She smiled and ran her finger back and forth under his chin.

"I'll be right here," said Chuck. He peeked at the note that said: "I want to fuck you so bad."

They were both eager and tore each other's clothes off as soon as they got to her apartment.

"Oh, you can't even imagine how bad I want you, baby," Chuck groaned.

Much later as she lay cuddled in his arms she said, "That's all right, handsome; stuff happens. Let's get some sleep. Maybe you'll be ready later."


It could happen.
Pays one point and 2 member cents.


© Copyright 2020. Mastery All rights reserved.
Mastery has granted FanStory.com, its affiliates and its syndicates non-exclusive rights to display this work.
Advertise With Us
Let's Move To There
Read Author Notes First: A silly poem in my art & style