He is a top ranked author and is currently holding the #46 position.

He is also an active reviewer and is holding the #91 spot on the top ranked reviewer list.

A chapter in the book Novella - Unwanted Dog 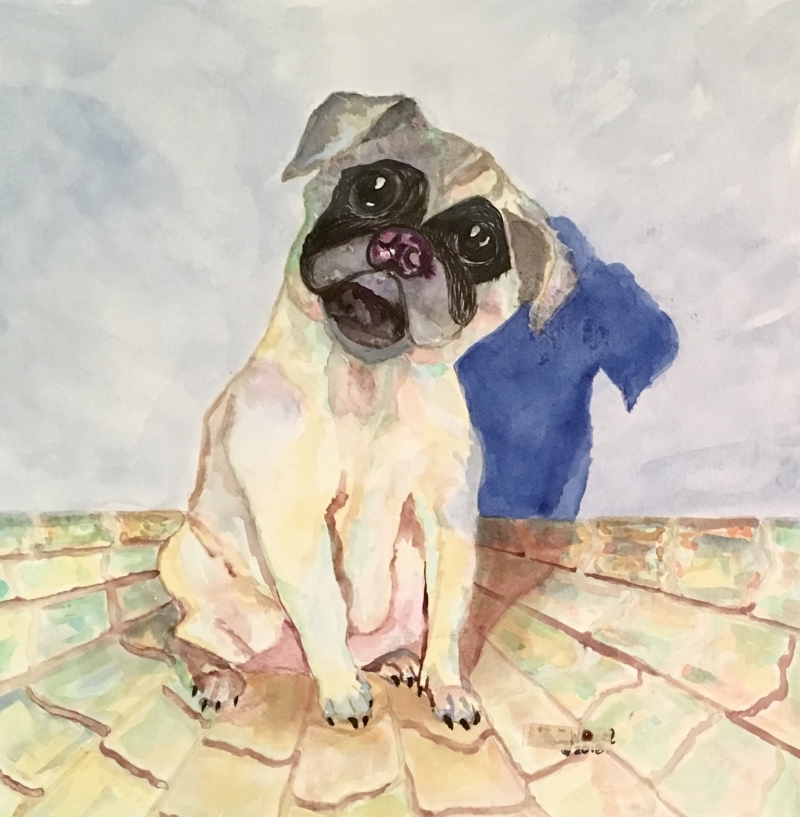 Co-written by Don Wayne and Walter Haynes, "It's Time To Pay The Fiddler" was recorded on the MCA records label on June 6, 1974 at the world famous Bradley Barn in Nashville, Tennessee.

Released in November of 1974, "It's Time To Pay The Fiddler" was the first Single from Cal Smith's album of the same name, as well as his third Number One recording on the Billboard Hot Country Songs chart.

Other popular Performers who have recorded versions of "It's Time To Pay The Fiddler" include Johnny Cash and Loretta Lynn.

A couple pertinent lyrics from "It's Time To Pay The Fiddler" include:

"Well, it's time to pay the fiddler
and, today's the day the first installment's due"

WHETHER THE PUNGENT AROMA EMITTED FROM HIS PROBLEM FOOT ODOR, OR HIS VOLCANIC-BREATH MOUTH THAT ANTISEPTIC MOUTHWASH NEVER TOUCHED, I WISHED KING TUBBO WOULD HAVE BACKED AWAY A GRAND TEN MILES. The strong and sharp stench clogged my sinuses. I wondered when the last time was he washed the bacteria off his pedal extremities and the fungus from between his fat toes? Bromodosis did him no favors, neither did halitosis. The sulfuric transmission reminded me of the rotten eggs Hermitage Hall was famous for. Sour onions immediately came to my mind's eye. Somebody needed to introduce him to anti-fungal soap, and H-2-O, in a desperate manner.

His ill-tempered, acidic disposition flooded the room. Unpleasant, his agitated demeanor highlighted King Tubbo's puckered mouth and crumpled out of shape nose. Squashed together, his nostrils produced unsightly creases that did not resemble bunny lines. I noticed no vinegar on his desk, so I knew the grotesque expression of disgust did not emanate from something he'd swallowed. Tightened small folds of wrinkled skin appeared on his lips. I waited for the mallet to drop square on the nail's head. Better there than on mine. I realized his goal to attempt to intimidate me.

Wrathful to the point his body trembled, King Tubbo barraged quick and heavy, "You chose to embarass me in front of my distinguished and honored guests! Did you really think your running away from Hermitage Hall, especially on such an auspicious occasion as the day of my Summer Solstice Ball, would go unnoticed you pissant?"

I recalled the word "pissant" meant a person of no significance, and an annoyance I morphed into. My focus did not fall on trivial matters but shot straight to showdown mode. This battle royal between King Tubbo and myself required resolution. The challenge commenced.

"All they wanted to do was stare through hidden peepholes at half-dressed boys. They're perverts. Like you!"

King Tubbo inhaled a deep breath. I watched him contemplate what he intended to express before he thundered, "You bastard! It is time you learned a hard lesson there are consequences for breaking the rules here at this fine institution. All you do is whatever suits your own desires. That is going to change!"

I stared back at King Tubbo. He foamed at the mouth. As I listened to his rant, I wondered if he was rabid.

King Tubbo's obnoxious vocalization squealed a long, high-pitched squawk, "From now on you will not be able to drop your pants to take a crap without someone standing over you and monitoring your every movement. Do you understand me, pygmy?"

I'd heard enough. In total incredulity of King Tubbo's harangue, I leaped out of my chair and turned my body counterclockwise so my posterior aimed at his face. I pointed to the appropriate body part, and brazenly exclaimed, "Bite me, Tubbo. Right in the middle of my hunky-dory butt!"

The vulgarity ignited his vengeful fire more, but I did not care. This was the first time I'd called McClellan "Tubbo" to his repulsive mug.

He jerked Big Bertha off the wall and tested me to see if I would quake in my mukluk slippers. He enjoyed terrorizing boys, and derived self-importance, as well as a sense of power, from these episodes. "You ever call me that again not only will I slap your teeth out of your belligerent mouth, I will yank your tongue out and slice it off with a box cutter you pathetic piece of filth!"

I was not afraid of him.

"Stand up and remove your shirt!"

I observed the strop in King Tubbo's hand and knew he intended to chastise me into submission. He regularly perpetrated his handiwork on selected victims. No way did I want to feel the biting sting of Big Bertha, though I had before. I saw no available exits. I was in this quandary, all the way up to my ears. There was no reason to hold back and I did not.

Summoning the strength of a majestic oak tree, I stalwartly replied, "Not a snowball's chance in hell!"

When word of my keelhauling spread around Hermitage Hall, as these flayings always did, other boys would whisper and secretly talk about the incident. Some openly dished the dirt about them. Each wondered when their turn would arrive. While the ignominious debacle settled over my universe, I thought to myself, 'I may lose this battle'. However, I vowed, 'I will win this war.'

I could either cower in the corner from the menace or fight back. I knew courage did not always shout in a deep loud roar. Sometimes, it can best be expressed in how a message is stated. Unyielding in attitude, I adamantly challenged him to combat. "Make me!"

King Tubbo scowled daggers. He said, "Most boys in your position are trembling by now. And, yet you, you continue to be defiant." He expressed the whites of his wide opened eyes, furrowed his brow, and tightened the muscles of his neck and face. Authoritative, he enjoined his accomplices, "Brett wants to do things the hard way? Pick him up out of his chair and strip his shirt off him! It's time Big Bertha teaches this wayward dullard some proper manners!"

"You can't touch me!" I recoiled at the prospect as the henchmen pounced on me. I felt my tee shirt yanked over my head and my back bared. I struggled furiously to escape their taut grip. I could not.

"Au contraire, you spineless wonder!" King Tubbo apprised me. "Chapter 12, Appendix C, Subparagraph 8, of the Rules and Regulations Handbook each one of you boys are so graciously afforded upon your admittance to Hermitage Hall, specifically states that I am delegated to enforce whatever standards are required to maintain order here. That includes the imposition of institutional corporal correction when warranted. Perhaps, in all the years you have been confined in this establishment you should have read this manual a long time ago. Provided you have the ability to read." He smiled. "I should know. I wrote the book."

King Tubbo continued his justification for the impending circumstance by saying, "Your repeated inappropriate behaviors, coupled with your continual rule breaking, now culminated by your unauthorized departure from Hermitage Hall, more than qualifies you for the infliction of said castigation," For good measure he gleefully threw in, "And, by the way, just for your own information Mister Know-It-All, nobody is going to say anything about what I do to any of you swinish multitude of boys. EVER! Simply stated, no one, not one single, solitary, person in this whole wide world, especially me, gives a rat's shit about any of you at all! Do you hear me? No one!"

King Tubbo charged his compadres, "Unlike this inconsiderate guttersnipe, I am going to enjoy every delightful moment of this." He pirouetted to me and vowed, "You are going to cry. Not only that, but you will howl like a rhesus monkey long and loud enough for everyone on this campus to distinctly hear every sound you utter! Your actions are going to change. Mr. Tobias, lower his pants!"

In Chapter Twenty, I pay the fiddler for running away from Hermitage Hall.

Chapter Twenty contains graphic physical violence. If this bothers you suggest you skip reading the next chapter. It is not a pretty picture!

Bosco, by Linda Wetzel, selected to complement my autobiography.
Pays one point and 2 member cents.


© Copyright 2022. Brett Matthew West All rights reserved.
Brett Matthew West has granted FanStory.com, its affiliates and its syndicates non-exclusive rights to display this work.
Don't miss one of our own....
Read Kaiku