She is a top ranked author and is currently holding the #17 position.

A chapter in the book The Aspen Grove Murders 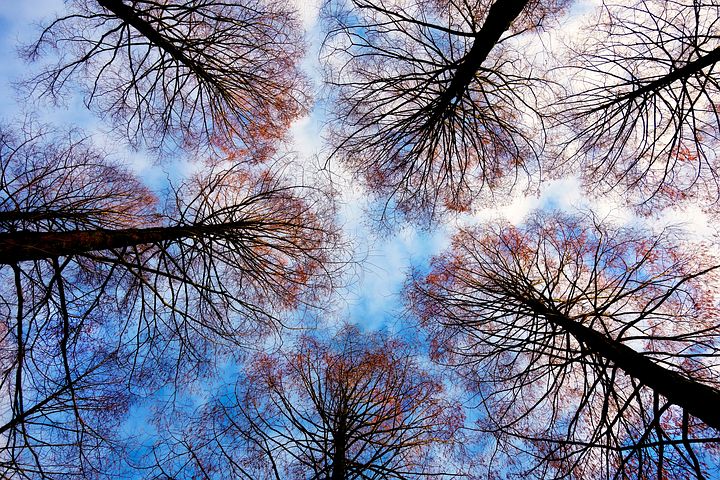 Previously, in Chapter Two —
After my encounter with Patience, I felt  different because I was different; so changed I was ready for whatever was required of me.
Fear had left me too, and in its place was courage and fresh faith. If my red-headed girl could look evil in the eye and defy it, so could I.
I slipped her cross around my neck and vowed not to take it off until I had found her killer and closed all the cold cases, every last one of them.
{Chapter Three}
Although I couldn't see Patience with my physical eyes, I sensed she was near, and I remembered her words to the demon, "This is my turf now!" There was obviously a battle for the area between the forces of good and evil, and I was now a key player.
Touching my hand to Phoebe's cross, I realized the next step: it was time to return home, the place I'd dreaded until now. Setting my face north, I picked up the pace and hiked the well-worn path to my cedar-hewn structure.

Cardinals were visiting the low-lying feeders, and, apparently, the squirrels had taken their fair share of the birdseed. Other than that, not much had changed since yesterday, except the red-haired girl I would have swept into my arms in greeting if given one more day.
The aroma of my famous apple cider still clung to the entryway;  and the stray cat Phoebe had named returned once again, curling his striped tail around my ankles.
I stooped and greeted the orange Tabby, stroking it's luxe coat. "Well, it's just you and me, Sebastian. Pheb's is gone . . . ."
The door creaked, reminding me to oil it; and two days of junk mail tumbled to the floor.
Rummaging through the pantry, I found the gourmet cat food my kind-hearted daughter had insisted on buying, and tore open the easy-open pouch on the third try. A clean banana split bowl offered itself for the presentation, then I filled the largest container I could find with tap water for my languishing visitor.
I propped open the porch door and issued a directive to the full-grown Tabby. "Do your business outside, and we will discuss a more permanent arrangement. Comprender?"
Amazingly, the cat seemed to understand. Grabbing my car keys, I exited through the garage, promising my tentative roommate I'd return by sundown.
>>>>>
I slid into the last parking space, thinking I had minutes to spare. Only then did I realize the time I spent in the forest with Patience was in the spiritual realm and not of this earth.
Captain Riley's eyes met mine in examination. "Tommy... you look different!"
"I do? Huh. Must've been the walk in the forest."
"Not buying it, Detective, and as Willa would say——spill!"
Before I could respond, Willa entered and gasped, "What in the world?  Have you looked at yourself in the mirror, Tommy?"
"I'm a guy. One glance in the morning does it."
Willa dragged me to the tiny bathroom and Riley followed, not that there was any room in there for three adults.
Looking in the mirror, I saw someone else. I ran my hands over my face, and turned my head side to side in astonishment.
Willa couldn't contain herself another second, and spoke, "Okay, this falls in the category of the unexplained. Are you the same man with the creased forehead and sunken eyes from this morning? You remember... the one forbidden to drive?"
"If I told you I had an encounter with an angel, and saw her decimate a demon in my presence, would you believe me?"
>>>>>
Our conversation in the loo was cut short by the arrival of the two eyewitnesses: a married couple that willingly offered themselves, Dan and Maggie Van Velzen.
Willa greeted them both and escorted them to the conference room, then politely excused herself to prepare a fresh pot of coffee.
I grabbed a pad and pen, and pulled up a chair and sat. Both Dan and Maggie looked at me with blank expressions; so I reintroduced myself, "I'm Phoebe's dad, Tommy Thompson. I've come out of retirement to help solve my daughter's case."
My new "look" continued to mystify everyone in my orbit.
The tender Missus was the first to snap out of it. "Oh——yes! I'm sorry. I hardly recognized you, Detective Thompson.  Dan and I are so sorry about Phoebe! She was such a lovely girl!"
"Thank you," I said, still producing more tears than I thought possible.
Reaching for a tissue, I continued, "Your unique last name sounds familiar. Detective Sams and I spent time with Doctor Stuart this morning. He showed us a map of Aspen Grove, and the record he has kept of children that have gone missing from our municipality since 1980. Did I see one with the name Van Velzen?"
The father erupted, "Yes, you did!" he sobbed. "Our daughter, Candace.  She... she's...."
Willa returned with the coffee to find the room in a puddle. Thankfully, I was able to offer comfort and hope to the couple, the same thing given to me by the angel, Patience.
And so it began, as the Van Velzens recalled what they'd seen at the fall festival; and the strange visitor they noticed that had taken Phoebe by the arm in a way that suggested familiarity. This was hard for me to hear. But I know my daughter; and as a seasoned detective, I also know things can appear to be one way, when in reality, they're just the opposite.
>>>>>
I met with the sketch artist and gave him the description of the suspicious time-traveling young man with the Rolex watch  I'd seen hanging around the festival. When finished, the artist showed me the drawing,  then asked, "Is this close?"
I studied the image and made a comment, "The hair needs to be darker, but yes, you have him on paper."
>>>>>
That night, Detective Willa Sams called me at home to tell me of the news.
"Tommy, the Van Velzens described the guy to a T, and the sketch was identical to yours. Not only that, they remembered him from 2009; the year of Candace's disappearance. Strange thing is, he's not aged a bit."
"Have you submitted the sketch to the National Criminal Database?" I asked.
"Just now," she said, unable to hide her fatigue. "Hank and I are still here, playing the waiting game."
I gave the pot a final stir and licked the spoon. "How about a working dinner? I have 4-alarm chili, cornbread, and apple cider."
"Say no more!" she said, coming alive. "We're locking up now!"
I looked at my newly acquired cat, and said,  "Company's coming in ten!"
>>>>>

White Falls, New York. Present Day——
A film of gray mist hung over the town of White Falls, casting a ghostly aura. The only lights burning at the late hour came from the RaceTrac Gas Station and the neighboring Crouching Lion Pub, whose Christmas lights flickered year-round.
Joe Santucci stopped for double scotch at the pub, then wheeled his luxury sedan around to the brightly lit pumps for the premium extra.  A call came in as he was waiting for the credit card receipt to print, and it upset him. Really upset him.
He hung up the call prematurely and dropped his cell phone on the pavement; smashing  it with his heel until it was unrecognizable. "Nobody treats me like that," he screamed.  "Nobody!  Do you hear me?"

The station's attendant heard him loud and clear and issued a warning, "Mr. Santucci, get a hold of yourself!"

Wiping the perspiration from his brow, he nodded, then slapped a thousand dollar bill in the man's hand. "What did you overhear?" he asked, his voice altered by the possession of another.
"Absolutely nothing, Sir. Don't forget your receipt, Mr. Santucci." He turned and left, tucking the bill in his coat pocket.

A vintage Harley pulled in, straddled by an older man. He revved the engine as if he were trying to annoy the unstable Santucci. The rider was dressed in all black, wore spiked metal gloves, and a helmet emblazoned with a skull and crossbones. The man's soulless eyes burned into Santucci like a blow torch.
The wretched man stumbled to his Mercedes, unable to look at the mysterious rider anymore. As he peeled out, the bad dream finally disappeared into the night.

Two hours later, he'd forgotten about the threatening phone call and the not-so-easy-rider he'd encountered at the gas station. Smirking, he praised his actions, and how he stood up to cult's pressure and their unreasonable demands. I'm in control, he thought, not the other way around. Time is on my side. They need me, and when they realize it—they'll be back.
A single headlight came up from behind him on a two-lane highway, and as Santucci reasoned, had to be traveling at an unbelievably fast speed.

"Are you crazy?" he said aloud, then slowed. Finally he rolled down his window and signaled for the motorcyclist to pass.
Nothing doing.

They continued on for a mile or two, and the crazed cyclist became more aggressive, ramming the Mercedes repeatedly in torment.
The human trafficker and exploiter of children begged for his life as his sins came calling. "No!  Wait! All I need is a little more time!"
The demonic spirit leapt from the Harley and onto the speeding Benz, driving it over the cliff. Joe Santucci died on impact.
To be continued . . . .
{Main Characters}

Detective Tommy Thompson, Aspen Grove PD: Seeking to find his daughter's killer and find justice for all those like her. The story is told in his voice.

Phoebe Mae Thompson: The coroner has determined the thirteen-year-old's death to be a Homicide.

Betty Jo Jenkins: Owner of Jo's Diner. Eyewitness and survivor of the Satanic Cult's attempt to serve her up as a human sacrifice on All Hallows Eve. Jo has agreed to give up her spatula and join the police force.


Book of the Month contest entry
Pays one point and 2 member cents.


© Copyright 2022. Sally Law All rights reserved.
Sally Law has granted FanStory.com, its affiliates and its syndicates non-exclusive rights to display this work.
Don't miss one of our own....
Read Kaiku