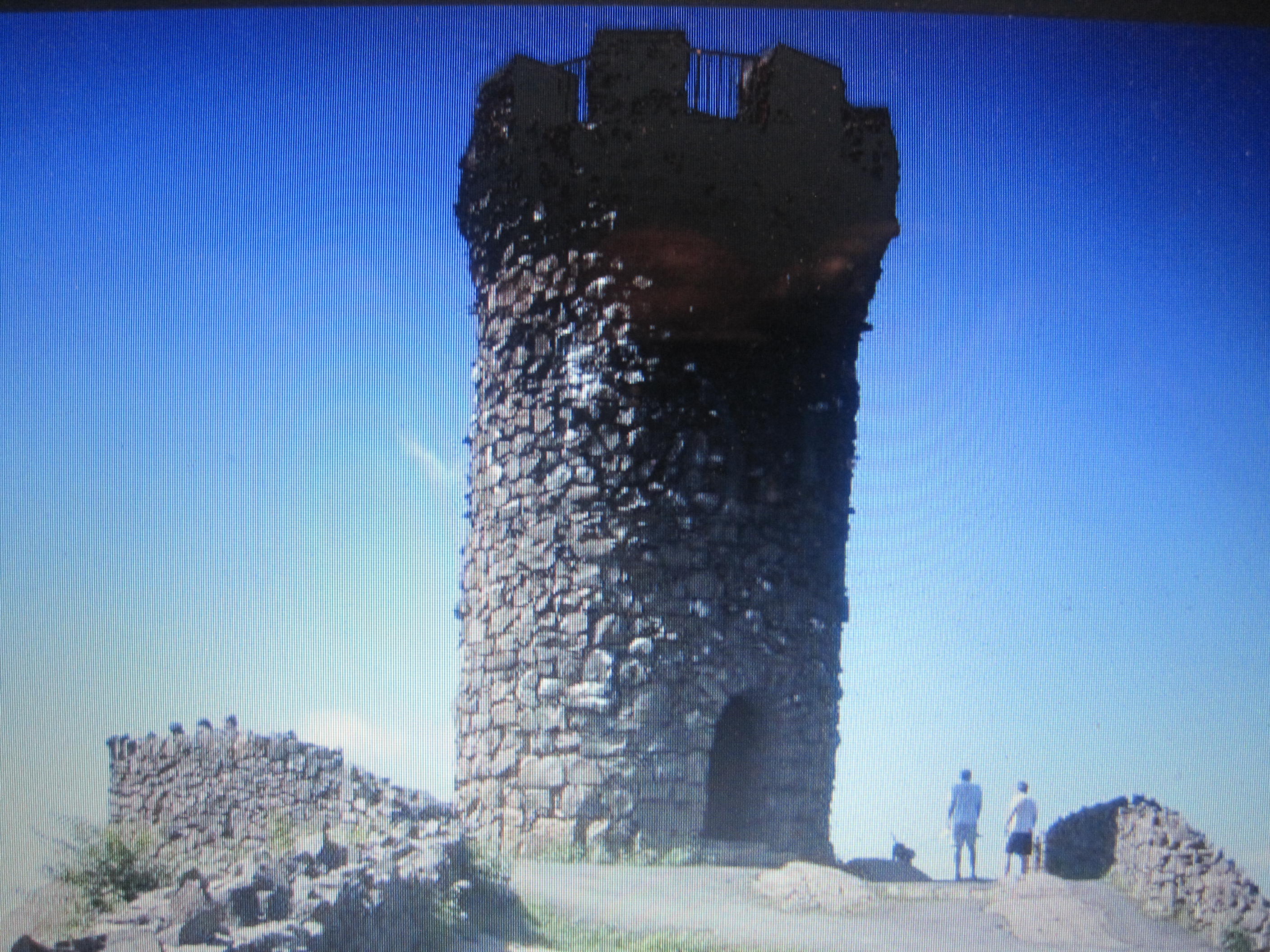 Castle Craig (we natives called it Craig Castle) is constructed of trap rock and is thirty-two feet high and has a fifty-eight feet circumference. To get to the look-out tower you climb a circular metal interior stairway. Built on the East Peak in the Hanging Hills it stands nine hundred and seventy-six feet above sea level and provides an expansive view of Meriden, Connecticut, my hometown. There are some different opinions of the design origins. Some claim the native trap rock construction resembles Norman watchtowers on the Rhine River while others claim it was modeled and named after an ancient castle in Scotland.

It was dedicated October 29,1900. Meriden industrialist Walter Hubbard donated the tower and surrounding park, of 1,800-acres, which Meriden named after him. Looking south from its observation deck you can see Long Island Sound and on a clear day, the outline of Long Island itself. To the west, Southern Massachusetts Berkshire Hills, and to the north the Hartford skyline and the summit of Mount Tom.

There is a two- lane paved road that leads up to the peak and Castle Craig. It is well maintained by the Hubbard Park staff. There are also many walking trails that start at the park and continues to a halfway house and on up to the castle.
The woods surrounding the parking area is a great place for picking mushrooms. People from the nearby communities come to pick them along with dandelions. It is also a fine place to bird watch.

During my high school days, the black top road going to the tower was used to see how powerful your car was. The road went straight up to the tower and only leveled out at five hundred yards from the parking lot. You would get bragging rights if your hotrod could make it to the top parking lot without shifting into second gear from third. The parking lot can accommodate up to about thirty-five cars. On Friday nights, it was the place to go for an improvised dance party with car radios tuned to the "WDRC" Hartford rock and roll station after a high school football game. It was agreed that Saturday night was reserved for young lovers.

Many of those Saturday night couples used the back- drop of Castle Craig for their wedding picture portfolios.

Today the road leading to Castle Craig is closed during the winter months to save money in case of winter snow but the walking trails remain open. I can't remember if anyone got lost or injured while hiking the trails.

Growing up there was a pleasure and loads of fun.


© Copyright 2022. Gunner Lil All rights reserved.
Gunner Lil has granted FanStory.com, its affiliates and its syndicates non-exclusive rights to display this work.
Don't miss one of our own....
Read Patricia Dillon