He is also an active reviewer and is holding the #77 spot on the top ranked reviewer list.

A story of family.

The Son No One Wanted 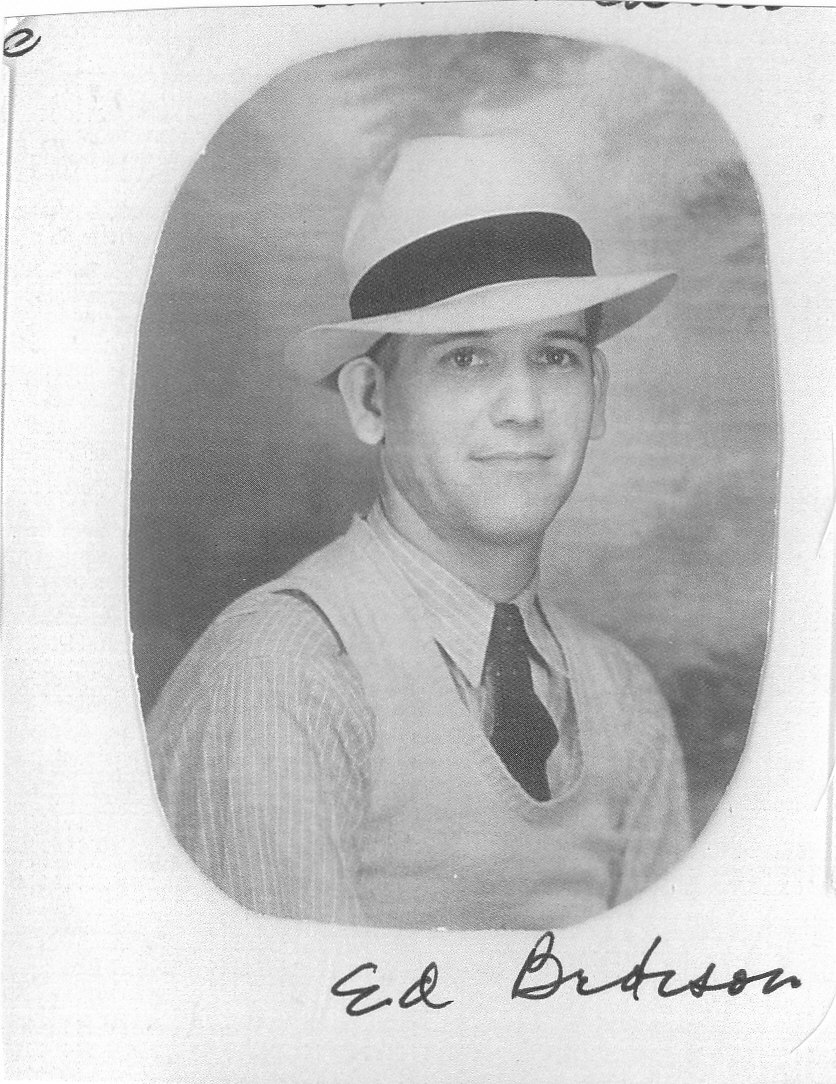 Saturday, March 3, 1911, Ed Broxson was born, and his mother, Callie, died. Two weeks after his birth, Ed's father Willie would place him in the Masonic Orphans Home in Ft. Worth, Texas. Willie did not have the wherewithal to care for his son.

Willie Broxson was the oldest of seven children that survived the plains of Texas in the 1870s. Willie's father, Thomas, created a successful ranch just south of Dallas. Thomas did not raise a successful son. Willie attended college, but he also went astray.

Willie married and divorced by the time he turned twenty-five. He liked booze, women, and thieving. The last straw was a drunken manslaughter charge. Willie served two terms in Huntsville State Prison. Thomas disowned his son.

Callie's family had no one to take care of Ed.

Thomas, sounding like a patriarchal dictator, told his family they would have nothing to do with Willie or Ed. Thomas's opinion was that to be involved with Ed meant being involved with Willie. Family members thought this sounded like his version of tough love or no love.

Lee McEachern was Ed's aunt. She had watched with dismay at the crumbling life of her brother Willie. Lee was married and had two daughters, eight and ten years old. Lee did not agree with her father's edict.

A few days after Ed was placed in the orphanage, Lee told her husband, "That is enough. I am bringing him home. My father can be damned!"

In some ways, Lee's father was damned. Her father sold his ranch and moved to Snyder, Texas, a couple of hundred miles away. He would not see his children again.

In 2007, I met ninety-two-year-old Arlene Barnhill.  She was Ed's first cousin. Arlene's grandfather was my great-grandfather. Arlene lived in an independent living apartment in Ft. Worth, Texas.

When I walked into her apartment, Arlene didn't say a word; she just looked me over, up and down. I am 6' 2''. Laughing, she announced, "Well, I can tell you are a Broxson!"

I replied, "Someone suggested I bring you a bottle of Mogen David Wine."

"Why would they do that?"

"Well, now it was a good idea; put it in the refrigerator."

"Arlene, as I told you on the phone, I am doing some research on Ed Broxson. He was my uncle. My father's half-brother. Do you remember Ed?"

"Yes, we grew up together. I think I was three years younger than him."

"I know his mother died when Ed was born and grew up with his Aunt Lee."

"That is mostly right. He also lived with us in Turkey."

"Yes, a very small place west of Ft. Worth. My family lived on a cotton farm. Lee was my aunt too. When Ed was about ten or so, he came to live with us. Daddy gave him some chores, and he went to school with my brothers and two sisters."

"Did you know about your grandfather not wanting anything to do with Ed?"

"I think we kids knew something wasn't right, but not any details. We did know his father, Willie, was a bad man. But we liked Ed. The girls loved Ed; he was helpful with how we should dress, told us what boys liked about girls, and he was very cute!"

"So Ed grew up on the farm with your family?"

"I think when he was fifteen, he left the farm in the middle of the night and went back to Ft. Worth to Aunt Lee's home. He told me later that he had enough farming."

"Ed was a lost child in many ways. He was part of a bigger family, but he may never have felt like he belonged. He died many years ago. I remember my cousins said he lived alone in Seattle, and we needed to bring him back to Texas for burial. We took up a collection."

"Where was he buried?"

"Aunt Lee's family had a large plot in the Greenwood Cemetery. He was buried with them."

During the Great Depression of the 1930s, Ed went to college, working odd jobs to support himself. He held a permanent position as the projectionist for a movie theater.  Ed joined the Army in 1939. In World War II, his responsibility was running projector equipment for army operations.

After the war, Ed settled in Seattle, Washington. He became an accomplished oil painter and interior designer. Ed never married. It was speculated that because of his artistic talent and his business, he may have been gay.

Ed discovered his father had another son. This man's name was Gil Broxson; he lived in Midland, Texas. Gil never knew his father. Gil was an only child. He knew nothing of Ed.

When Gil answered Ed's phone call, he did not know what to say or do, but he smiled. My mother asked him, "Who called?"

Ed drove to Midland to meet his brother. He brought Gil's son Michael a plastic car that Michael could drive. Ed knew how to impress a nine-year-old. Gil's oldest son, Terry, was too old for toys, so he just shook Ed's hand.

When Ed was a young boy, he did see his father Willie from time to time as Willie would pass through town chasing some scam. He never saw or heard from him after Ed joined the Army.

My research discovered that Willie died in Houston, Texas, in January 1950. He had been living in a home for the indigent. He was buried in a pauper's unmarked grave in a county-owned cemetery.

After meeting and talking to Arlene Barnhill, I visited my Uncle Ed's gravesite. I found a beautiful family plot surrounded by large trees. What was missing was a marker for Ed.

I thought the government provided markers for veterans. They do. There is no cost. The cemetery does charge a fee to place the marker.

Turns out Ed was wanted and remembered.


© Copyright 2022. Terry Broxson All rights reserved.
Terry Broxson has granted FanStory.com, its affiliates and its syndicates non-exclusive rights to display this work.
Don't miss one of our own....
Read Patricia Dillon