He is a top ranked author and is currently holding the #34 position.

He is an accomplished novelist and is currently at the #21 spot on the rankings. 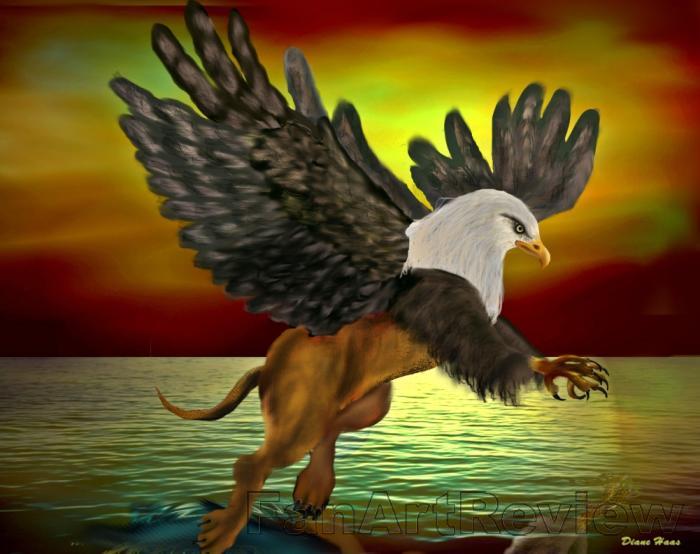 Built along both banks of the Euphrates River, and its steep embankments, Babylon was the capital city of the Ancient Babylonian Empire of Central-Southern Mesopotamia (Present Day Iraq and portions of Syria).

The earliest known mention of Babylon as a small town appeared on a clay tablet from Sargon of Akkad's reign (about 2334BC to about 2279BC). He ruled the Akkadian Empire, Mesopotamia's first Ancient empire after the long-lived civilization of Sumer.

Arising during the Chalcolithic (Copper Age and Early Bronze Age of about the sixth and fifth centuries BC), Sumer was the earliest known civilization in the South-Central Iraq portion of Mesopotamia. Sumer is also one of the world's first civilizations. The others are:

-Ancient Egypt, about 3400BC to about 332BC. On the lower reaches of the Nile River of the African continent. Some of the things Ancient Egypt was known for include:

-Elam (in the far west and southwest of Modern Day Iran). About 3200BC to about 540BC. Elam stretched from the Khuzestan Lowlands to Ilam Province (in Iran), as well as a small portion of Southern Iraq. A leading political force of the Ancient Near East.

-Indus Valley civilization of the northwestern region of South Asia. About 3300BC to about 1300BC. Ranged from the Indus River in Pakistan, Northwestern India, and Eastern Pakistan. Developed the first accurate system of weights and measures.

-Minoan civilization of Crete and the Aegean Sea. About 3500BC to about 1100BC. First advanced civilization in Europe. Created massive buildings, sophisticated artworks, and writing systems.

-Caral-Supe civilization of the north and central coast of Peru along the Fortaleza, Pativilea, and Supe Rivers. About 3200BC to about 1800BC.

***The oldest known civilization in the Americas
***Completely lacked ceramics and possessed very little artworks
***Known for monumental agriculture, platform mounds, and sunken circular plazas
***Had a sophisticated government of its more than 30 major population centers
***Possible human settlement as early as 9210BC (established by radiocarbon dating)
***Had immense architecture
***During 3rd Millenia BC, possibly the second densest population in the world behind Northern China (where Peking Man was discovered)

-Ancient China civilization that developed in the Yellow River region about 2070BC to about 220BC.

***Xia Dynasty (China's first)
***millet (cereal grain) was major crop
***Known as the "Cradle of Chinese Civilization"
***Rice first grown in Yangtze Valley
***Mostly warriors and nomads
***Hallmarks include literacy and cities
***Walled and moated towns possibly began as early as 4000BC
***Known for potter's wheels, jade ornaments, luxury grave goods, and large complex buildings
***Shang Dynasty of about 1766BC first historic Chinese dynasty
***Because of the Han Dynasty (that fell about 220BC), and its emperors, the Chinese became used to being ruled as a single country. To this day still call themselves the Han people.
***Confucianism arose during Han Dynasty
***The Great Wall of China built
***much more

Ancient Babylon laid south of Modern Day Baghdad, Iraq. The city's last known occupation dates from the 10th Century AD. At that time the city was known as Babil. With the rise of the First Babylonian Dynasty of the 19th Century BC, Babylon became part of a small, independent, city-state (about 1894BC to about 1595BC). This was at the end of the demise of the Third Dynasty of Ur (where Abraham was from) and the Isin-Larsa Period.

Ur (as in Ur of the Chaldees) is most often considered to be Ur Kasdim in the Present Day Dhi Qar Province of Iraq. This was the heartland of the ancient civilization of Sumer.

Other possible locations frequently suggested to be Abraham's birthplace include:

-Urkesh in the foothills of the Taurus Mountains of Northwestern Syria

-Ururtu in the Armenian Highlands

-Urfa that lays east of the Euphrates River in Southeastern Turkey

-Kutha in the Babil Governate of Iraq on the eastern branch of the Upper Euphrates River (northeast of Babylon). This was one of the five cities from which King Sargon II of Assyria brought settlers to take the places of exiled Israelites (2 Kings 17:24-30). These settlers became known as Samaritans. Shiah Muslims consider Kutha to be the original home of their believed Abrahamic roots of Islam.

Ur contains the ziggurat built by King Ur-Nammu in about the 21st Century BC. This massive step pyramid measured 210 feet long, 148 feet wide, and 98 feet high. Only the foundation has survived. The ziggurat was part of a temple and was used as the administrative center of Ur. King Shulgi (Ur-Nammu's son) finished the construction of the ziggurat. He reigned about 2094BC to about 2046BC. Ur grew into the capital of a state that controlled most of Mesopotamia (Iraq, Kuwait, Syria, Turkey, and parts of Iran).

The Isin-Larsa Period lasted about 2025BC to about 1763BC. This was between the end of the Third Dynasty of Ur and the conquest of Mesopotamia by King Hammurabi of Babylon (the first part of the Old Babylonian Period). This was before Babylon was sacked by the Kassites of the Ancient Near East (about 1595BC). The Kassites were the first to bring chariots to Babylon.

The Third Dynasty of Ur fell because of attacks by the Amorites on the west, and the Elamites on the East. This resulted in the Kingdom of Isin (the last ruling dynasty on the Sumerian Kings List) and the Kingdom of Larsa (whose fall ended the Isin-Larsa Period). Neither of these kingdoms was influential.


The Griffin, by lynnkah, complements this posting.
Pays one point and 2 member cents.


The Storyteller
A Cascade for Potlatch

Pays: 8 points. and 42 member cents
Copyright © 2000 - 2022 FanStory.com. All rights reserved. Terms under which this service is provided to you. Our privacy statement.
top
You Have No Rank
Share 4 posts to be ranked.