I love reading and writing. Even though English is not my mother tongue, I am here to learn. It is by learning that we grow. So, I want to grow mentally and spiritually. Therefore, please inform me about my shortcomings and I will be grateful to you. - more...

He is a top ranked author and is currently holding the #79 position.

The Faith of two youths changed the village 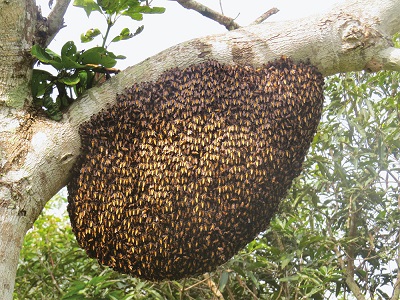 Mildew (name changed) was one of the remotest villages. It is about seventy miles from the nearest small town having a school. The village followed the belief of an animistic traditional belief system. They make animal sacrifices and many other things.

The areas surrounding this village were backward, with no one able to write or read. There were many problems in the village, but the people were fiercely proud of their traditional beliefs. Despite their ignorance of the outside world, they would accept nothing new to change their ways of life.

So, when young Synniew and his friend accepted Jesus as their Savior, it was an enormous scandal. There was no record of how they became Christians. It was believed that they saw some children reading a book in the nearest small town that made them want to read and write.

It was in that small town that they met the mission school teacher and through him; they became Christians. And once they accepted Jesus, they told their relatives and there was an uproar in the entire village.

When these two youths refused to renounce their faith in Christ, the village had no option but to convene a traditional durbar or community meeting. Let the durbar decide what to do with these two errant youths.

The durbar was called. All the men attended the durbar. These two youths were also there. The older people requested, cajoled, and tried all that they can to convince them to return to the old traditional belief. However, these two youths refused to recant their faith.

When all efforts failed, the durbar excommunicated these two youths and ordered them to be banished from the village. During all these trials and arguments, the chief was observing the behavior of these two youths. He was wondering about their calmness and firm decision.

The durbar was held in an open ground. The big village ground was surrounded by trees, small and big. In one giant tree, a stone's throw from the ground, there was a gigantic wild bee honeycomb clearly visible from the ground. The chief looked at this gigantic honeycomb and thought that this might be the best way to decide.

Inside his heart, the chief was debating about the faith of these two youths. What if what they professed was true? What if this Jesus they believed was really a Savior? How could he ensure they got a fair trial? As a chief, he had to make sure that they made the right decision.

Therefore, he stood up and spoke. He said, "This is the matter of faith. The entire village has to be careful in deciding to excommunicate and banish these two youths. The gods may be with them, and that would be bad for the entire village. I think we can test their faith."

The chief looked toward the gigantic tree and to these two youths, he said, "There, on the branch of that giant tree, the wild bees had made the gigantic honeycomb. Therefore, if your God is really a true God, you can pray to make that honeycomb cut off with half. The other half will remain in the tree while the other half will fall to the ground."

The durbar agreed that this was the best way to settle the faith and fate of these two youths. They believed it would be impossible for that gigantic honeycomb to cut itself into two halves, and therefore, these two youths would either abandon their faith or be banished from the village.

Synniew and his friend asked the durbar to give them one day's time. The durbar agreed to their request. They put men to guard the giant tree and the honeycomb that day and the entire night, taking no chances.

Synniew and his friend went home. They did nothing except pray. Both of them fasted and prayed. They knew their fate and faith hung in balance but believed in Jesus, their Savior.

The next morning, the durbar reconvened. All the men came to the ground while the women and children watched from outside the village ground. The wild bees' honeycomb was still full and hanging there from the giant tree.

The chief looked at the youths and pointed to the honeycomb said, "Are you recanting your faith?"

Both of them bowed down, their knees to the ground, and started praying. While they were praying in faith, there was a miracle. The wind blew towards the giant tree. It was not a storm but a wind, a gentle breeze for that. While the wind blew, the wild bees moved so quickly, as if confusion reigned and as if attacking each other.

The entire village saw the honeycomb cut itself into two halves, and the other half fell to the ground. What was unimaginable had happened.

The entire village converted to Christianity. In the church's history in this part of the world, this was the second biggest church. And the chief became one of the best-known pastors in those days. All this happened because two youths believed and prayed with faith.


This is a true story. The name of the village has been changed to protect their privacy.
Pays one point and 2 member cents.


© Copyright 2022. Kit Nongkhlaw All rights reserved.
Kit Nongkhlaw has granted FanStory.com, its affiliates and its syndicates non-exclusive rights to display this work.
Don't miss one of our own....
Read Patricia Dillon

Pays: 8 points. and 42 member cents
Copyright © 2000 - 2022 FanStory.com. All rights reserved. Terms under which this service is provided to you. Our privacy statement.
top
You Have No Rank
Share 4 posts to be ranked.