A ghost story of grandma and treasure

A Ghost in the Plumbing 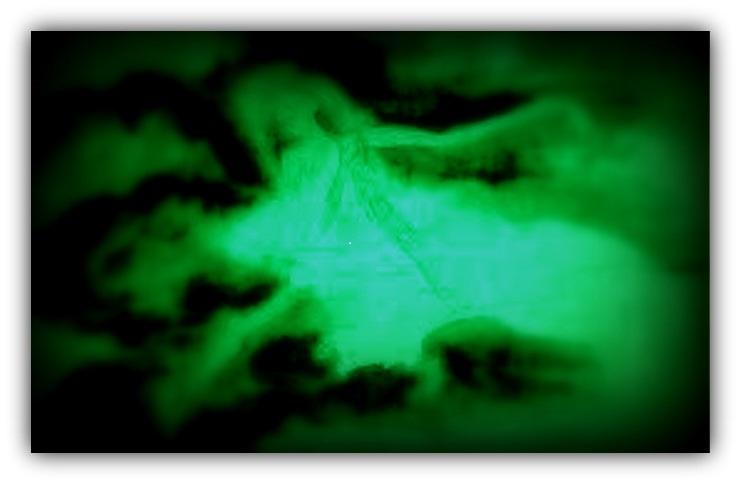 I've always had this ability to see ghosts, even as an infant. I think I got it from my paternal grandmother, a very interesting woman indeed. She was always talking to something or other in the house, someone or something no one else could see. But we could hear them alright. They were noisy and clumsy and only seemed to stay until they'd accomplished some task or another, never more than a few days, a week at most.

Grandma was never afraid in the least of these rambunctious intruders. When she tired of their shenanigans, she'd yell at them to shut up that racket or she'd say, "get out of here with that noise" in a not-so-ladylike manner and they would quiet down or leave. A different one would show up soon after and start all over again until she lost patience with that one. It got so that we were no longer afraid of the squeak of a floorboard or knocks on the walls as long as grandma was there. She was fearless.

One of my favorite stories is the one where the ghost of a man visited for a couple of weeks or so annoying grandma and scaring the beejezus out of me. He'd show up late at night after bedtime and pace from her room to the bathroom where he would stand by the toilet, an old-fashioned type with a pull-chain to make the toilet flush. He'd raise one arm toward the box pumping slowly up and down. He never pulled the chain. He'd just stand there and point - up. There was a clear path from her bed to the bathroom so we could see him from her bed. Grandma would ignore him, turn over and go back to sleep.

After a few nights, he began gesturing for her to follow him from the bedroom to the bathroom silently sweeping his arm toward his ghostly chest, but she didn't feel like getting up. He wasn't threatening, just creepy, but he frightened me. I was just a little kid. I wouldn't use the bathroom when he was roaming about unless grandma got up and escorted me. She would say, "Don't worry, he won't hurt you," walk me to the bathroom, and then pull the covers up so I couldn't see him from where I slept in her big feather bed. It only helped a little because even with the covers pulled up, I knew he was still out there.

His visits went on for a week or two with him gesturing and grandma not following until grandma finally got tired of him. He had a heavy tread so though he never spoke, he was a noisy walker. She had to get up in the morning. She finally confronted him with, "Either handle your business or get out!" He gestured for her to follow as usual. He pointed up at the pull string box above the toilet in the bathroom. Grandma followed him this time. She walked into the bathroom and looked at the box. He continued to point, this time looking up, with an expression as blank as a clean dinner plate.

"Stay there," she said to me. She didn't have to. I wouldn't have left the safety of her bed for all the tea in China. She went into the kitchen while I cowered in fear under the covers. She returned with a hammer and swung at the box over the toilet smashing it open. Out poured water, plastic, and armfuls of paper money of all denominations. Some stray bills, soggy and grungy, spilled onto the tile floor at her feet. I sat straight up and crawled over to the edge of the bed, mouth open, eyes wide.

"Well!" was all grandma said.

Our visitor had left.

"Whatcha gonna do with the money grandma?" I asked.

"I'm gonna spend it," she said. "He obviously meant for me to have it!"

And he must have because the man disappeared and never came back. Grandma had enough to fix the box and plenty left over for a spree.


No matter what house or apartment my grandmother resided in, ghosts and spirits seemed to haunt there. She didn't seem at all troubled by these visitors. It was almost as if something about her attracted them. They didn't follow her when she moved from place to place and they only stayed a little while when they came but they did come. I inherited her unique talent but not her nerve.
Pays one point and 2 member cents.