The Little Time They Had Left 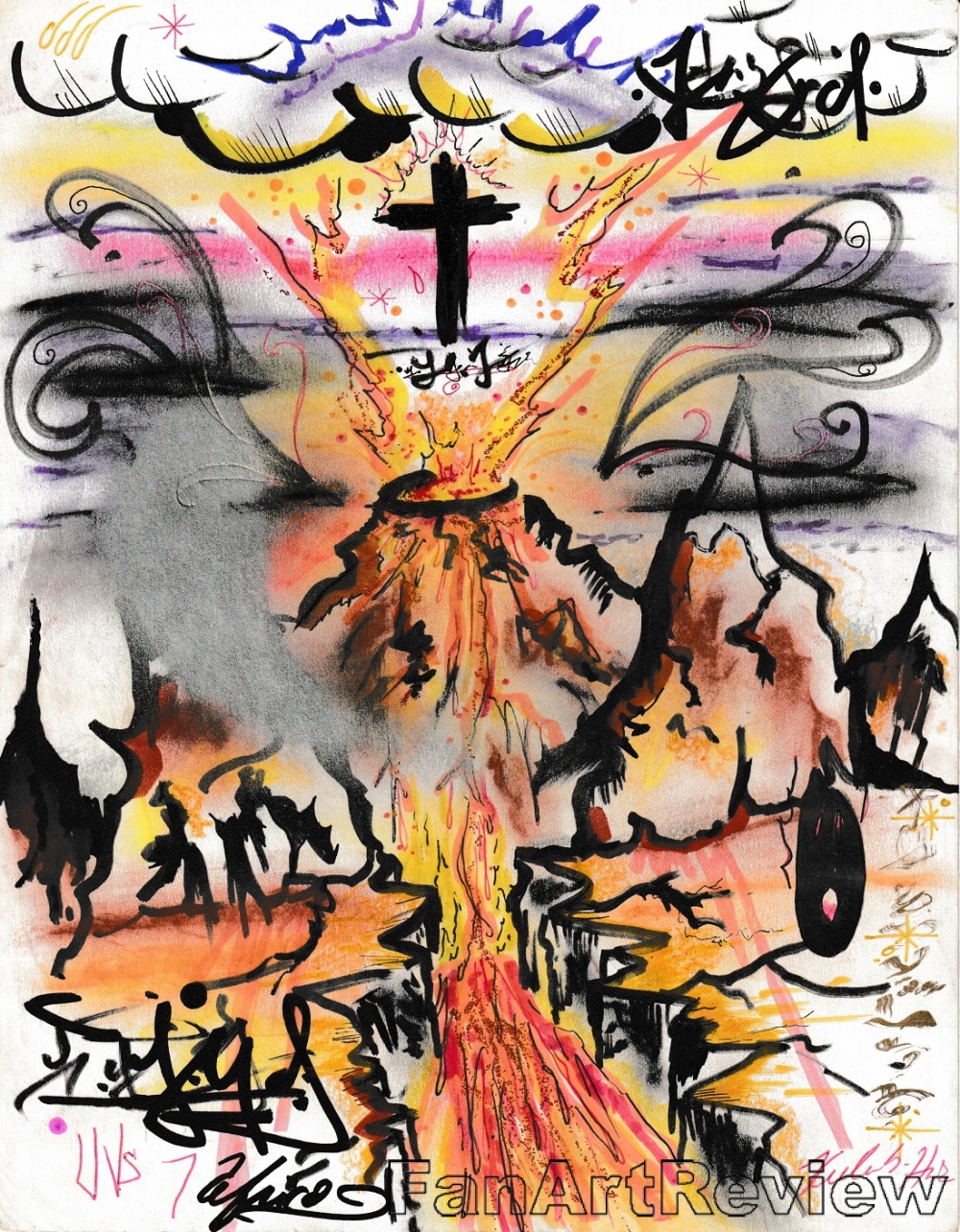 There was desperation in this trip. It might be his last.
Reports of quakes and tsunamis were coming in from all over the world. He knew about fault lines. Meteorologists had been squawking about them for years, warning everyone about the big one, the really big one, but before today, there hadn't been a tremble. The ground shifted a little and then settled back into place beneath him.

He'd purposely left the televisions and radios set to different stations all over the house. The cacophony was deafening and sometimes confusing but they never deviated from the basic message. The world was in deep trouble. There wasn't much time left. No rating race now, he thought glumly. It doesn't really matter who reports it first, fellas. He cackled crazily to himself.

They should've told us sooner. The public had a right to know. The world was going to go Ka-boom and there wasn't a damned thing anyone could do to stop it. He sat heavily on an old overstuffed armchair he'd meant to put out for the trash. "What's the use?" he thought.

The politicians and people with money had been secretly moved to their illusions of safety weeks ago, alerted way ahead of the general public. He wondered if the people who'd helped get them to safety had done so knowing that their own preservation had not been guaranteed. Could they? Would they? be willing to save the lives of the wealthy, knowing that their own lives were in peril? They must have suspected something. When those big safety doors shut, did they ask to come in? Did they bang on those doors with their own families and beg to be included? Or did they choose to sacrifice themselves because, at that moment, they realized we're all part of the human race and someone had to survive? And it didn't have to be them.

A new wave of tremors brought his attention back to the TV. Some countries whose names he couldn't pronounce had already been obliterated. Natural disasters, as if anything about these disasters was natural, were claiming lives by the millions.

He thought it was the children, their lifeless bodies floating in pools of fetid water or burned in rapid-moving fires, that affected him the most. The prospect of no future generations or the weight of their innocence, he wasn't sure which, made his shoulders sag heavily. We should have protected them, he thought. While there was still time, we should have protected them.

Rioting and looting flashed before him. He wondered why anyone would steal a flat-screen TV, zig-zagging through the surrounding chaos when there wouldn't be anywhere to plug it in or anything to watch. People are crazy. Murders, suicides, and assaults were broadcast minute by minute in vivid color. Why is it that the worst behavior surfaces in some human beings during disasters?

His neighbor, a kindly old man, shot-gunned his family to death just a few hours ago. By the time he realized what was happening, the old man had stepped outside, turning the gun on himself. Did he think he was saving them from the pain? Or had this evil been simmering under his gentle exterior all the time, the result of a thousand silent, imagined hurts? He didn't know. He couldn't save them. He hadn't bothered to call 911. There was no 911.

One by one, broadcasters wished everyone good luck and Godspeed and winked into silence. Except for a few random breakthroughs, it was all static. He had never felt so alone in his entire life.

He considered seeking a house of worship where they might welcome him, offer him comfort. He chuckled at the thought. He hadn't been inside a church for worship since he was a boy. Weddings or funerals, that was it. He didn't want God to think he was a hypocrite.

He locked the door - silly, he knew - climbed into his car, and headed towards his parents' house. He hoped it was still standing - that they'd be alive. He knew they'd be in prayer. He wanted to be with them, share with them...a lifetime's worth of stories in the little time they had left

Have you ever wondered what your thoughts would be in the last few days, minutes, or hours of life? Where would you go? What would you do? This story seeks to explore the thoughts of a man who knows he doesn't have much time left.
Pays one point and 2 member cents.

Artwork by UVS7 prime at FanArtReview.com


A Valentine For Animals
This is a free verse poem.

Pays: 8 points. and 37 member cents
Copyright © 2000 - 2023 FanStory.com. All rights reserved. Terms under which this service is provided to you. Our privacy statement.
top
You Have No Rank
Share 4 posts to be ranked.