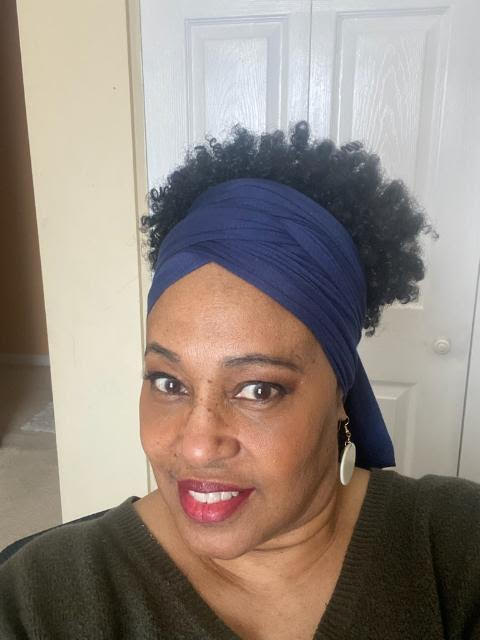 I am an educator, and have been for as long as I can remember. I enjoy working with youth. I especially enjoy teaching and assisting young people to launch into the big bad world, prepared. People often ask me what I do to de-stress. The answer i - more...

My youngest brother is a grown man now of 51 years old. I helped mama raise him. He was the cutest little boy I had ever seen. He was warm-hearted and caring. I was his best friend. But I made a mistake. One that I will never forgive myself for. I allowed him to come and live with me when he grew up to be a young man in his twenties. I had no idea that taking him in would change our relationship forever.


When I told my three daughters that he was coming to stay with us, they behaved as if PRINCE was coming. They jumped for joy. He was their favorite uncle. We had no idea what the next few months would bring.

The first oddity that I noticed was that he seemed isolated within the house. The girls were bunking together just so that he could have his own room. But something was weird. He was not speaking to us after a few weeks. I only noticed because I found my girls laying on their daybed piled up on each other crying.

"What's wrong with Uncle Anthony. Why isn't he speaking to us?"

"He's not speaking to you?"

"Nooooo! He acts as if we are not even here."

I approached him to find out if anything was wrong. He said that he was fine and that he just didn't want to be bothered with them because they were lazy.

"That's pretty judgmental don't you think? You are their favorite uncle. If you believe that about them what about being more helpful by speaking to them; encouraging them?"

Later I would find him whispering on my phone (land line) and whenever I would walk into the room, he would hang up.

One day, me and the girls were returning from grocery shopping and our hands were filled with bags. I knocked on the door as best I could and it suddenly only slightly opened. I got a glimpse of him walking away. It shocked me that he didn't attempt to reach for one of the bags that we carried. Nor did he open the door all the way. He simply went back to the living room and took his seat.

He did not pay rent until he was employed, but before he could begin to pay me rent money, he secretly found himself an apartment and moved out. Oh happy day!!!!

Before he left, however, I heard him ask to borrow $60 from our mother. She loaned it to him stating that she needed it back. Weeks later, when mom visited again, Anthony came around bragging about all the nice things that he had purchased for his new apartment. Mom had the audacity to say, "where is the money you owe me?"

His reply was shocking, rude, and insulting.

"You're being well-taken care of by my father." As if the money that he owed her was irrelavant because our father took good care of her and she wanted for nothing. So when he took a bedroom set that I was selling for $150 to his new place at my urging, the understanding and the agreement was that he would pay me as soon soon as he received his next paycheck. Instead, I heard about all the new items that he was purchasing for his apartment.

I dared to do it. Yes, I asked him about the money he owed me. His reply was just as rude and disgusting as it was before when Mom asked him.

"You're the one putting in new windows all throughout the house!"

Oh, let me tell you, "I'm not mama and you're gonna pay me." I was furious! But as the months passed and he did't pay up, I felt compelled to call him on it.

"You will pay me my money immediately or I will have my attorney reaching out to you.
As time passed, he paid me, but not before he verbally assaulted me with anything he could dig up. My parenting skills came into question, my job choice, my clothes, and oh yes, "your house is a dUMP!" His words hurt, but anyone will tell you that my house is always clean. He is referring to the fact that it literally is a 50 year old home, and it looks better than many older homes inside and out.

Today, he is an isolated, lonely, depressed man sitting around wondering why the good Lord hasn't brought him a mate. I suggested once that perhaps he should ask his God to show him his ways and help him to prepare for his mate. His response shocked me.

"I'm not doing that, cuz there's NOTHING at all wrong with me.


© Copyright 2022. vwilks All rights reserved.
vwilks has granted FanStory.com, its affiliates and its syndicates non-exclusive rights to display this work.