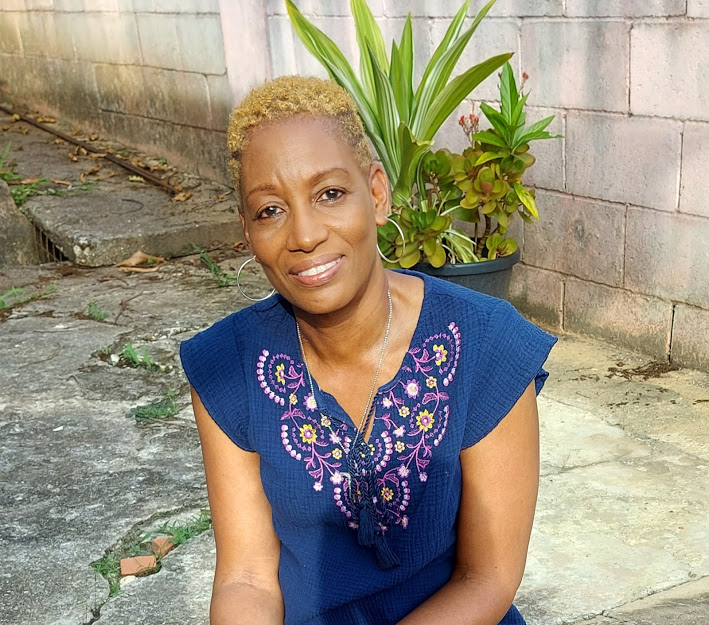 My name is Lisa Marcelina and I live in Trinidad and Tobago. I have a Bsc in Management Studies from the University of the West Indies (Open Campus). I am 52 years of age and began writing from an early age.

My genre is Christian non-fictio - more...

She is a top ranked author and is currently holding the #93 position.

My trip to a waterfall and bat cave

Adventures of An Intrepid Hiker 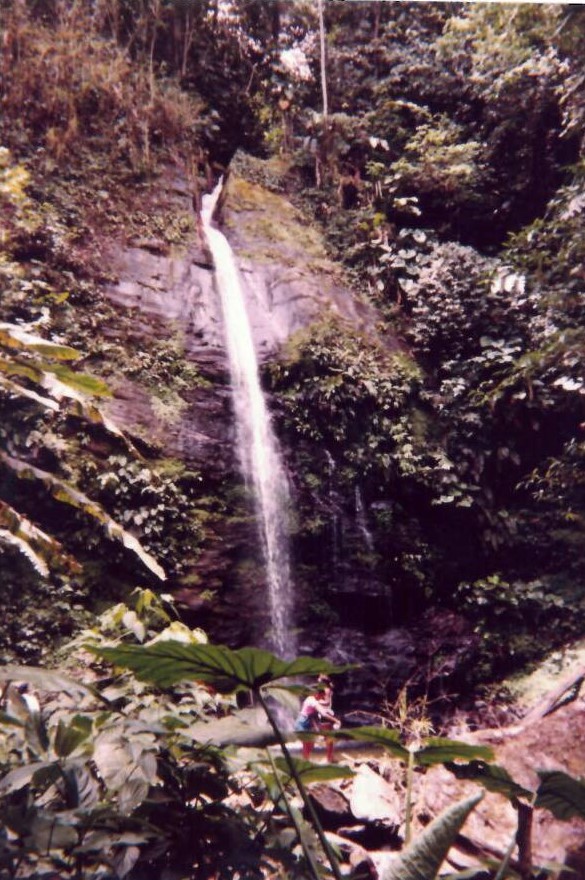 Hiking is one of my favourite hobbies. My first hike, in 1994, at the age of twenty-five, was to Rincon Waterfall. The youth arm of our church organized the trip and where my love affair with hiking began.

Rincon waterfall, at 76 meters (249 feet), is the second-highest waterfall in Trinidad and Tobago. The fall snakes down steep, jagged rocks into a clear pool beneath. The adventurous can climb the rocks and 'shower' under the fall. I remember being the only female brave enough to do so. After wading through the pool (thankfully shallow that time of year) to reach the fall, I clambered up the rocks, huddled inches from the cascading water, and beamed at the boys soaking under it. Later, I dove into the pool and joined a girlfriend for a leisurely dip.

The fall is in a valley forested with plants, trees, and rocks. Loads of rocks. Some were flat and smooth; others were log-shaped. A few were like guttering that drained water, and some even grew mini waterfalls. Hence, apart from the gushing of the main waterfall, sounds of burbling, shuing, and pattering water surrounded us. Trees and plants bearing various leaf shapes and shades of green completed the scenery. This trip, thoroughly enjoyed by everyone, led us to plan our next expedition.

Our next hike took us to the Mount Tamana Bat Caves. The drive to Tamana was long but scenic. We drove through rural communities, sighting cocoa and coffee plantations, forests, and farmlands. Upon arrival, the trek to the caves, though short, about half an hour, entailed a lot of uphill climbing.

Mount Tamana is the highest mount in the Central Range of Trinidad, reaching 308 metres (1009 feet). Once we reached the top, we came upon this breathtaking view. White sky kissed the faded blue-green horizon. The trees looked like clustered green and orange cotton candy in the distance, the colours growing progressively sharper as they neared the foreground. We spent some time admiring the landscape. After photographing we went ahead to the bat caves.

Trinidad boasts almost 70 species of bats. The caves, however, didn't house all seventy species, just a few, including fruit and vampire bats. As we entered the cave, the guide alerted us that the bats "were up there" and be aware of bat droppings. She also warned we'll be stepping on the droppings that carpeted the ground.

The guide told us if we wanted an unforgettable experience, we could go deeper into the cave by sliding through a small hole. Another warning; if we embarked on this venture, the only way out was to climb. Of course, intrepid Lisa was all for it. I remember the guide describing the access as a re-birth because you literally had to squeeze through this small hole and glide a few meters until you emerged on the other side. I honestly believe this is what a baby experiences coming out of its mother's womb.

The cave was dark and clammy. I didn't see bats, but I could smell them and hear their squeak, squeak, squeak. Mindful of the guide's warning of bat droppings, I was sure I felt them drizzling on my hair. I mentioned this to one of my companions, who replied, "Girl if you see your head!" Appalled, I vigorously dusted my hair, trying to remove bat poop. He laughed at my antics, saying, "I just joking, girl."

After exploring the cave, the time came to leave, or should I say, ascend. When we got to the exit point, I looked up, gawked at the craggy wall of rock, and thought, Oh God, how I climbing that? Recovering from my initial shock, I composed myself concluding, I can do this!

Roughly eight of us hikers braved the depth of the cave while the remainder waited above. To get out, we had two choices, a rope ladder or climb. Well, I don't need to tell you what I chose. For those who chose climbing (the majority), the guides above and below directed us where to place our footing for best traction. The climb was slow, arduous, and thrilling. Not for everyone though, as one young lady sat sobbing after being pulled up.

Due to the long drive back, we didn't stay until dusk to see the main attraction - bats flying out the cave. Nonetheless, this was an enchanting adventure, sadly, my last with the church. Nevertheless, I have been on many more hikes throughout our beautiful country.

Hiking has given me a better appreciation for my country. I mean, when I watch movies filmed in places like the U.K. and New Zealand (think Lord of the Rings), I dream to visit one day. However, there are lots of sites right here to explore and appreciate. For instance, did you know there are 350 species of trees, 482 species of birds, and 765 species of butterflies in Trinidad and Tobago? Me neither. This country is a haven for nature lovers and lots of tourists visit Trinidad specifically for its nature trails, while Tobago attracts the sand and sea lovers.

So while I await the day I can travel and explore the world, I will continue to be an intrepid hiker and exploit my own country.


© Copyright 2021. Lisa Marcelina All rights reserved.
Lisa Marcelina has granted FanStory.com, its affiliates and its syndicates non-exclusive rights to display this work.


The Warning Signs
The Eyes Tell All