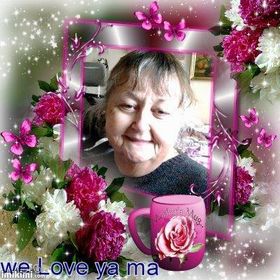 Christa Benning was eight years old and a whimsical child. Beautiful features made her face a pleasure to observe. She would play for hours, quietly and unnoticed.
The sweet smell of burning leaves filled the air as early September inched into October. Christa could be seen with her toy rake taking bundles of leaves to the neighbor's fire and piling them on. Mr. Claridge thought it was cute, and since the child made no mess, he just smiled and encouraged her. A larger rake appeared and Christa busily raked at the growing mounds of fallen leaves. Mrs. Claridge was a baker of many talents and would take cookies out to Christa to thank her for her hard work.

Diane, Christa's mother was pregnant and her baby was due at the end of October...a Halloween baby, everyone teased. The pregnancy and the new baby were getting much attention - which Christa watched with interest, no expression on her little face.

It was a Saturday when the Bennings heard Mrs. Claridge scream. The nearby neighbors ran to see what was wrong. A foul odor filled the surrounding air. Mrs. Claridge was sure there were evil people who wished her and her cat harm. "It must be Muffy!" Mrs. Claridge shrieked. Muffy was her old cat, whom she cherished. Everyone tried to calm her and Mr. Claridge finally gave her a pill he has secreted in its bottle on a high shelf. Finally, the distraught woman settled down, crying piteously.

A few hours passed and then Bosco Landry, a scrawny boy from across the street came to the Claridge's door. He was scratched and bleeding and tightly holding a very angry Muffy! Muffy was inclined to hide and stay there for days. She hissed and yowled at the boy, who gladly handed her off to Mr. Claridge - who was ecstatic to take the cat to his wife.

All the excitement had sent Diane into labor and an ambulance took her to the hospital,
where that very evening a little Boy Benning was welcomed into the world. There was much celebration and no one noticed that Christa was absent. No one ever noticed Christa doing anything.

Four days later Diane brought the baby home and told Christa to watch him while she took a nap. Christa didn't answer - just went on playing...

Again there was a foul odor in the neighborhood - it wafted up black and sour.

No one had seen Christa put the bundle of bloody leaves in then and no one saw now.

But one thing sure made her giggle happily

Christa got her rake and took more leaves to the burning barrel.

She would show them, she would.


I have chosen to enter this - it is rewritten and fits another contest perfectly according to several word counts.

Dean, my dear hero - my fingers are bloody and stiff, but I kept at it till it fit.


© Copyright 2022. Sherry Asbury All rights reserved.
Sherry Asbury has granted FanStory.com, its affiliates and its syndicates non-exclusive rights to display this work.

Pays: 10 points. and 1.15 member dollars
Copyright © 2000 - 2022 FanStory.com. All rights reserved. Terms under which this service is provided to you. Our privacy statement.
top
You Have No Rank
Share 4 posts to be ranked.