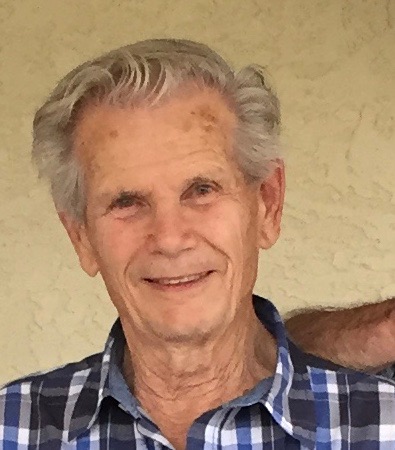 In later life, I have learned to enjoy reporting stories in written form.

A story of dangerous playthings.

In later years, the offense of being discovered within the bombing range's confines became more rigidly enforced. It did not cause us to stop going there, but we did it with more circumspection. Two of us used a Model A pickup to sneak into the bombing range at night. With my companion's ordinance training from a stint in the Air Force, we had a more or less specific mission in mind, to find a bomb dud and explode it for noisy entertainment.

We took along some rope, a stick of dynamite, a fuse cap, and a fuse with enough delay to start a car and drive away. Besides a rattlesnake, in the moonlight, we found the perfect candidate. This 250-pound bomb came to rest, amazingly, with no surface damage beyond some noticeable scratches. First, removing the apparently defective fuse mechanism in the bomb's nose, we used some rope to suspend the weapon under the rear bumper of the pickup. The weight and shape were too much for the two of us to muscle to the pickup bed. Even at the height of five inches from the ground, the bomb's weight, nearly equal to both of us fully clothed, was too much for us to lift or the pickup to assertively support, that far behind the rear wheels. We planned to transport the weapon to some formation of terrain to protect us from the blast but close enough for us to initiate the detonation, a delicate balance to be sure.

A sand-banked ravine twenty feet deep was the contender we found. It had sides as steep as desert sand would allow and be next to flat ground firm enough for the vehicle to manage the getaway. We parked the vehicle five feet from the ravine edge. Then lowered the bomb to the ground and struggled to roll it to the precipice and over the side. It went by the volition of gravity, coming to rest five feet below the flat ground, perhaps fifteen feet from the parked vehicle. Except that it was nearer the parked pickup than thoughtful arrangement would provide, it was an excellent location.

The bomb, now hard to move, was buried half its diameter in the soft sand. We ignored the location difficulty, intending to drive away before the detonation took place. We packed the bomb's nose, a cavity the size of a coffee cup where the bomb fuse had been, with dynamite taken out of the waxed-paper wrapping. The wrapping was provided to mold the mixture of sawdust and nitroglycerin into a long cylinder for inserting the explosive into a hole drilled deep into a large rock. We crimped a cap onto one end of the ten-inch fuse by biting gently at the copper edge. Inserting the cap deep into the wad of dynamite and lighting the fuse, we scrambled up the sandbank to complete our getaway, a departure differing dreadfully from the plan we mentally mapped.

We entered the getaway vehicle with me as a passenger. Now too late to choose to leave the engine running, it flooded and refused to start. We were vividly aware of the primed explosive's proximity and had only seconds to decide on what to do. Together, we scrambled from the vehicle, running directly away from the bomb we had every expectation would detonate shortly. Hoofing it for fifty feet, we hit the ground, flat on our bellies, with our fingers interlaced over our heads like war prisoners, and as much space as we could put between ourselves and the ordinance about to explode.

Explode it did! Blast vibrations in the ground quivered our bellies while piercing sound wrenched our eardrums, making it unquestionable that our intended mission was complete, even if it failed to follow our illusory blueprint. We experienced the ringing in our ears long enough for the rain of sand to refocus our attention. Returning to the pickup and finding it iced like a birthday cake in a new sand crust and the ravine's edge relocated only inches from the wheels, we tried again to start the engine. This time the engine started, running with a sound as though it had a voice. I thought I heard it say,

"The trick you boys cooked up would not be complete without a little scare."

Don't try this at home!
Pays one point and 2 member cents.


© Copyright 2021. Frank Ball All rights reserved.
Frank Ball has granted FanStory.com, its affiliates and its syndicates non-exclusive rights to display this work.