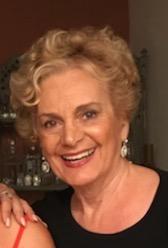 Every day of my life I have something I enjoy doing. If it were not for FS, I would be guilty of hogging the kitchen all day cooking and baking. have been putting all my grandchildren's lives together in scrapbooks and sneak in some of my poetr - more...

She is a top ranked author and is currently holding the #72 position.

She is an accomplished script writer and is currently at the #12 spot on the rankings.

She is also an active reviewer and is holding the #78 spot on the top ranked reviewer list.

Never, in my wildest dreams, had I expected this gift. 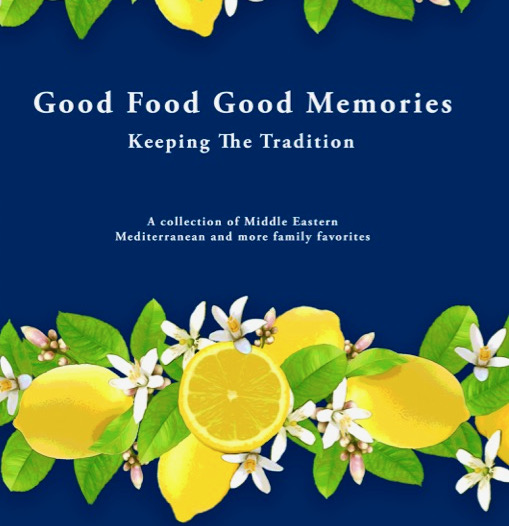 "There is no spectacle on earth more appealing than that of a beautiful woman in the act of cooking dinner for someone she loves."
- Thomas Wolfe

I never thought I would turn into my mother.


I can still picture mom with her apron neatly tied around her waist as she sifts flour and measures yeast in a bowl of water. How she enjoyed the excitement of seeing the dough rise and being able to turn the kitchen into perfumed heaven with the aroma of cinnamon bread filling the room.


As I was growing up, it never ceased to amaze me how completely fulfilled this woman was in her kitchen and her joy in feeding her family. It was not as if we had lots of money. Dad was a frugal shopper, bought her bushels of vegetables, and helped her wash and chop the red peppers and parsley to the exact size needed for her exquisite dishes.


Mom mostly cooked Mediterranean meals and was big on vegetables and fruits to satisfy any palate. Her Mezza dishes of hummus, olives, red roasted peppers, eggplant dip, cucumbers, and pita bread were always a feast to behold. She prided herself with lavish offerings she prepared for company too. She always sought out flea markets and Fortunoff's for bargains on platters and china dishes to enhance the beauty of her baked goods and always used doilies to make a pretty presentation. It was always a work of art. I guess I never appreciated it enough when I was young.


My friends appreciated her more. She would call them while playing outside for cookies and milk and her fabulous, fudgy brownies. Our home became the hit of the neighborhood because all the kids on the block were aware of my mom's talents.


If I went home for lunch, I had classmates follow me. They knew there was always something special waiting for me on the kitchen counter. Even after school, there was sometimes a procession of kids pleading with me to take them home with me. As an enticement, they would offer to help me with my homework.


I had a difficult time breaking off relationships with boyfriends because they were afraid they wouldn't visit my folks anymore. It was sometimes embarrassing. I never knew if they liked me for me or my mom's cooking.


We had holiday parties in our basement for our friends and would decorate for any and every occasion. Our birthdays were always the biggest bash of all. She would bake cupcakes, scoop off the tops, add ice cream, decorate it with gumdrops, M&Ms, and chocolate chips, and then plop the top of the cupcake back on top with frosting and colored sprinkles for the cap. It always made such a hit with the kids.


Christmas was always my favorite. That is when she prepared the cookies filled with pistachios and covered them with her homemade marshmallow. Then there was the Baklava, the delicate filo dough stuffed with walnuts and topped with her sugar syrup. It was no wonder she had to hide these delicacies before we ate them all and grew fat before tall.


One time, mom was preparing fried chicken and switched the oil bottle for the sugar syrup (she continuously poured them into fancy liquor decanters), so it was pretty easily mistaken. My uncle was captivated by the unique taste and complimented her profusely for the fabulous chicken. It wasn't until she tried it that she realized her mistake. But, wouldn't you know, years later, honey-coated chicken became famous.


After I was married and found myself in the kitchen preparing dinner, I realized how much I had picked up from my mother. All the years I watched her must have made an impression after all.
I started liking the fragrance of a big pot of meatballs and gravy cooking slowly on the stove and began enjoying seeing the fruits of my efforts. It gave me a distinct pleasure to know that I was doing something outstanding. Never did I think for a moment where this rapture would take me. However, the compliments filled my head and my heart with ecstasy.


When I indeed became my mother and stole her identity was when she died. Suddenly, my grief turned into something magical. I could not stop baking and crying at the same time as I tried duplicating her recipes. When people came to pay their respects, they exclaimed, "Your mother never died, she lives on in you."


How valid those words were, and I never truly realized until then. Day after day, I experimented with one of her other delightful dishes and, through trial and error, got a feel for how she molded her cooking into an artistic craft, one that would bring me to the pinnacle of my skills.


Of course, my family became my ardent and sometimes cruel critics and emphasized where and how something was missing in the familiar taste. It helped me more than they realized. I kept at it, one recipe at a time, until it was perfect, whether it was her meat pies, the stuffed kibbees, or one of her pastry treats; I was devoted to undertaking the task of creating her artistry. Although she was not there to guide me, somehow, I think she had a hand when I launched the promising job of making the beloved Baklava that everyone loved. No matter where my expertise came from, I felt it was a gift, more than anything else, from my loving mother.


As I later came to perfect her Cinnamon Raisin Bread, I began taking notes, hoping to pass these cherished accomplishments on to the younger family members one day. The task became arduous, but in the end, my reward for my efforts by completing my recipe book, Good Food Good Memories -Keeping the Tradition.

In it, I give tribute to the woman who raised me in an atmosphere of love through food and hoped that all who wished to travel the path to these prized recipes would find their fulfillment and satisfaction the way I had. Passing this gift on to the next generation is my way of saying "thank you" from the bottom of my heart.


Although I would never have expected it or ever thought I would be, I became the replica of my mother, following her example.

I also wrote a dessert book called Sweet Sensations. Both of my books are available on Amazon.com.
Pays one point and 2 member cents.