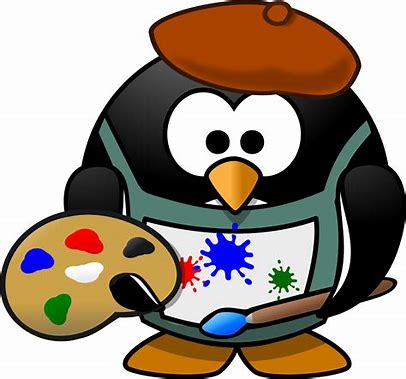 He is also an active reviewer and is holding the #97 spot on the top ranked reviewer list.

Crooked administration steals from both.

A chapter in the book Desert Flower

To the reader; My stories are built within the time frame of God's plans for mankind. Generation after generation passes but the earth abides forever.

Notice.
The Apache can endure fatigue and famine and can live without water for periods that would kill the hardiest mountaineer. In fighting them we must of necessity be the pursuers and unless we can surprise them by sudden and unexpected attack, the advantage is all in their favor ... You rarely see an Indian; you see the puff of smoke and hear the whiz of his bullets, but the Indian is thoroughly hidden in his rocks. General George Crook.


When I met up with Thad, he was complaining about being hungry. "I'm hungrier than a bitch wolf, do you suppose those Yankee cooks will feed us anytime soon?"

I ignored his question and as we rode onward, I could only think of nothing but what Sam said about Lozen, the Apache woman warrior.

I asked, "Thad, what would you do if you met up with that Apache female warrior? I bet she's one gal you couldn't sweet-talk into raising her skirt."

Thad was silent and then looked at me and grinned. He spoke, "She's a woman ain't she?"
I replied, "I don't know, and I hope I never find out."

The columns and we scout were diligent in our search for the Indians, but things looked grim as we combed about seventy miles of rugged terrain.

Sam was under the impression they had gone up into high country toward the Pecos and probably isolated somewhere in the Guadalupe mountains and if so, it would be like searching for a needle in a haystack.

Thad asked," Bud, do you think that their female Indian warrior is as bad as folks say?"

"How should I know, I ain't never seen her and don't care too. If she gets in my rifle sites, she is good as dead as any other enemy who wishes to do me harm."

Thad was quiet as we rode onward but later growled, "I bet Charlie Pearce would have her eating out of his hands."

I waited for a few minutes before responding, "Well, that lover-boy talk never got him anywhere but dead. That old man, Robert E Lee got him killed with the others at Gettysburg, so I suppose we'll never find out about that."

I could tell the idea of killing a female was troubling Thad. I knew he wished to discuss the issue more, but I felt to let it fade away however, as bad it would be, I had no doubt he would.

Sam rode alone ahead, and I had all of Thad's' philanderer thoughts I cared to hear.
I spurred my horse into a faster pace and caught up with Sam leaving Thad riding next to the others.

It was perfect, we were good company for each other, he never spoke much, and I never cared.

We entered the Guadalupe pass and found the wagons and the foot soldiers at Independence Springs. Sam and I tied our mounts to the same small shrub and watched as the others settled into their positions.

They were through serving the evening meal, but I could hear the mess sergeant scream to the cooks for them to get something ready.

It was not long before seeing who was first in line as I heard Thad complain to the cooks for more. I must admit, eating good hot food was most satisfying.

I listen carefully as the officer in charge of the foot-soldiers told Captain Carpenter about seeing five or six Indians after dividing the group and coming to Independent Spring.

His excuse for not pursuing the issue was the lack of men to get the job done however, the conversation cleared away questions I had in my mind about the cattle.

They were driving the animals toward the reservation at Fort Stanton and nowhere near our location.

The following morning, we were in the saddle heading to an area Thad and I had once visited when rounding up wild cattle.

Toya Creek, from there on to the El Paso road and then to Fort Davis. The Captain said that in his estimation we had ridden more than 365 miles and never knew anything more than what we did when we left.

I could recognize his disappointment, but we did know more. It was the Apache and Victorio who we would be dealing with and between the Mexicans and us, we were in for a long and vigorous fight.

On the morning of our third day of rest, I soon learned what was going on among the Washington bureaucrats. The government wanted all Apache tribes to be settled on a reservation in Arizona.

Victorio and the Warm Springs tribe opposed the idea. In their opinion, it would never work. Some of the Warm Springs tribal members were enemies to many who were already living at the reservation and besides, the place was overcrowded with little grass for livestock to graze.

I had to agree with not wanting all the tribes living in one place.
It'd be like a lot of us who fought in the Civil War. If a bullet missed, then sickness would most likely kill you.

I had been to Arizona once as a boy with my father. As I could remember the place was hot with desert temperatures fit for only snakes and scorpions.

I remember clearly of him telling my mother the Indian reservation was run by thieves who stole from both the government and the Indians.

Perhaps that was why Captain Carpenter seemed not disturbed about Victorio or any of the tribes who were darting in and out of Fort Stanton.

So as long as they kept their raids in Mexico, things could stay as they were, but the small, burned homestead, we had discovered was yet to be known who had done such a thing.

I was impressed with Chaplin Mullens and the way the colored troops trusted him. I never had much time for religion and neither did Thad, but I must say Mullins was an interesting person.

The colored troops were nothing like some of the reports I had heard. They acted very well and followed orders to the letter. Chaplin Mullens was an inspiration to all of us and at times would have some of the troops laughing with witty sayings.

The ethics were good with nobody stealing or drinking excessively and I must admit, the Texas Rot Gut was nothing I favored, but Thad would drink anything and then complain about a bad head the next morning.

In a private conversation with Sam, I learned why we never pursued the Indians with the cattle. He revealed, they were hungry and the hunting was no good. The Army Agent held back the tribe's food and sold it to the white people. I suspected the Captain knew this and withdrew our efforts from the chase.