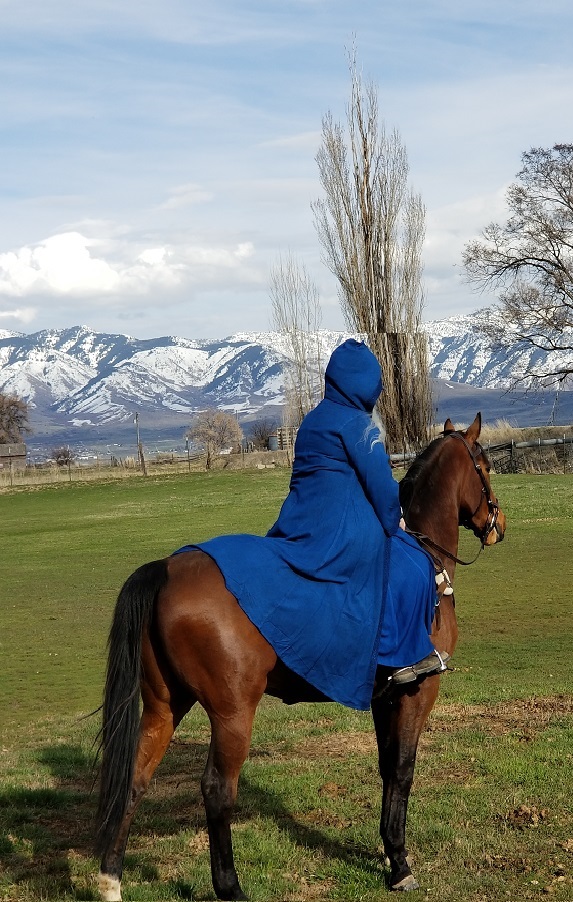 i am a teacher, equestrian and author. i write about my life, my family and my work with children and horses.

She is a top ranked author and is currently holding the #71 position.

She is an accomplished poet and is currently at the #81 spot on the rankings.

She is also an active reviewer and is holding the #17 spot on the top ranked reviewer list.

True story shortened for the contest

One summer I visited my cousin, and accompanied her to a day camp so that she could show off the camp animals, including a black bear that belonged to one of the counselors. The top of the bear's cage had a piece of plywood with a hole just large enough for the bear's head to stick out if he stood on his hind legs.

After lunch,Debbie took me from the group to show me how cool it was to feed the bear. He was technically off limits to campers,but a tempting supply of his pellets were in a bucket by the cage.


When he saw Debbie pick up some pellets, he immediately stuck his head out of the hole. Debbie held her hand toward him. Instead of licking the pellets from her hand, the bear grabbed her arm and pulled her toward him. Her legs kicked furiously, and she screamed with a pitch and volume that only one in great peril could justify.


I grabbed the handle of the pellet bucket and wielded the bucket with the authority of a hammer thrower, swinging it over my head with all my ten-year-old might, smacking it across the bear's face. Pellets sprayed everywhere. The bear ignored my first effort. Debbie's screams intensified.  I bashed the bear's face again,and again, until I knocked that bear silly. He released Debbie and shook his head, looking like the victim of the whole affair.

Debbie was rushed to the hospital with deep bites, scarred but alive.


This is a true story which I included in my memoir. I have shortened it for the contest.
Pays one point and 2 member cents.


© Copyright 2021. equestrik All rights reserved.
equestrik has granted FanStory.com, its affiliates and its syndicates non-exclusive rights to display this work.