Retired property insurance underwriter
Have too many cats. kind and sweet husband
HS in 1964
graduated from college in 1999 with a BS degree. (no it did not take me 30 years to get through college) I went 7 years in night school.

She is a top ranked author and is currently holding the #17 position.

She is also an active reviewer and is holding the #55 spot on the top ranked reviewer list. 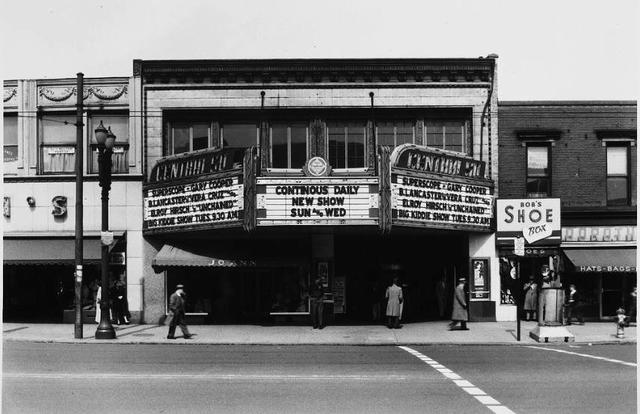 Once a month, I would go to the old Central Square Movie theater for the cartoon extravaganza, it was billed as "Cartoon Saturday" with cartoons from 8 AM to 1 PM. Hordes of kids would fill the sidewalk in front, pushing and shoving each other trying to be first to get into the show. There were no parents to be found in the crowd - they had the opportunity to be kid-free for a few hours. I bet there are a few people now who do not realize that they were conceived because of a cartoon extravaganza!
Once the doors opened, we attacked the candy stand like a swarm of locusts. Orders of butter popcorn, Milk Duds, Good N' Plenty, Turkish Taffy, Junior Mints, and Hot Tamales flew over the counter. After cleaning out the stand, the swarm rushed to the theater doors much to the relief of the beaten-down counter servers.

Regardless of the movie showing, I never missed a Saturday at the Central Square Theatre. I loved that old theater. Built-in the Baroque architectural style, it had a large ornate chandelier, the balcony, walls, and stage are gilded and ornate. There were 4 closed theater boxes on each side of the stage. The unused orchestra pit was filled with trash thrown from the seats. Built in 1919, it was a throwback from Vaudeville theatre.

Only in a few areas could the original rich red and gold carpeting be seen. After years of popcorn grease, squashed candy, and spilled soft drinks, the color of the aisle carpeting was black.
There were times when I would imagine the carpets are newly installed, the orchestra was playing, and I was sitting in one of the theatre boxes watching the vaudeville actors on stage.

Once seated, we would all yell in unison repeatedly to "Start the show!" "Start the show!" as we stamped our feet to a thunderous reverberation.
The cartoons starting did not silence us. We would boo loudly when Popeye's Bluto would appear on the screen, or we laughed out loud at the wise-cracking magpies, Heckle and Jeckle.
A blizzard of popcorn, Hot Tamales, and empty popcorn boxes rained down from those in the balcony, as well as from the back rows.

Mostly out of cowardice, I never took part in the popcorn barrage. When I tried to do something wrong, I was always caught. I honestly believed that a beam of light from above pointed me out as the wrongdoer.
I did toss a popcorn box during the movie, Love Me Tender. It was the first and only time, I tried it, and I flung the box far into the first few rows. However, I was proven right about the beam of light shining on me. It was from the usher, who then escorted me out of the theater with his hand on the back of my neck.

After hours in a dark theater, and with squinting eyes, we blindly stumbled out the door into the sunlight.
As we hit the sidewalk, the sound of hundreds of feet could be heard smacking against the pavement as grease, taffy, spit-out bubble gum, and unrecognizable food from the sticky floors stuck to our shoes.


© Copyright 2021. Mary Vigasin All rights reserved.
Mary Vigasin has granted FanStory.com, its affiliates and its syndicates non-exclusive rights to display this work.

Advertise With Us
Simple Fun
Inventing games from unlikely objects.