He is a top ranked author and is currently holding the #28 position.

He is also an active reviewer and is holding the #77 spot on the top ranked reviewer list.

Saying goodby to an old friend

I Cried When Old Yeller Died 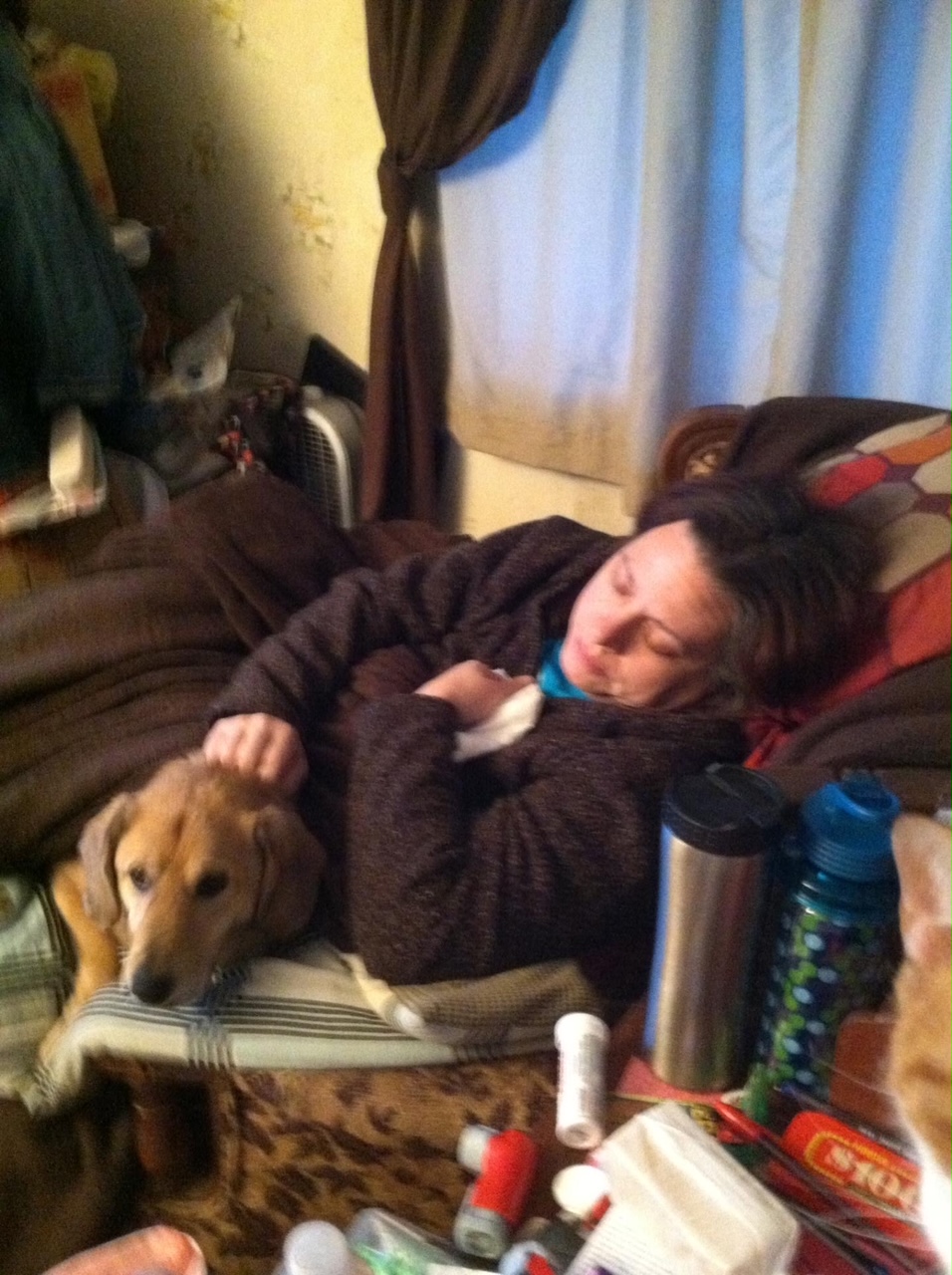 My heart is broken.
Our dog, Dinky, is 20 years old and is failing fast, and it looks like he'll be laid to rest on Friday.

Dinky came into our lives by accident in June 2000. A student in my wife, Anna’s, third grade class gave him to her. Her mom and dad had a long-time dog die, so she got Dinky to give to them.

Now, her parents were away in Canada at the time, so I had a sneaking suspicion he wouldn’t be going to my in-laws when they returned.
My first hint came when Anna had already named him. Another hint was we had found out a couple of months earlier that Anna couldn’t have kids. Dinky became her baby.

When her mom returned Anna took Dinky over to her mother. I’m not sure if it was her mother’s intuition, or his paws were too big, Anna’s mom didn’t want Dinky. She prefers dogs that double as dust mops and can fit in her purse.

I have to say I wasn’t as enthralled with getting a dog as Anna was. My father had always treated animals as temporary and we never had any real long term pets. Being in the Army as long as I was I hadn’t had any pets because we weren’t allowed to keep them in the barracks. So getting Dinky was a big adjustment for me. But that half Dachsund, half German Shephard wheedled his way into my heart like no other dog had before.

Ironically, I had become a cat guy. We had three cats, one female and two males. I was the two males human, and I was good with that. I loved them and they loved me, but on their terms.

Later that summer Anna went away leaving me home by myself. Dinky was running around looking for her. He noticed me on the bed and jumped up to snuggle. Anna had made it clear she didn’t want Dinky up on the furniture. But he wouldn’t get down, so I let him stay with me. The female cat, Banshee, jumped up on the bed to join us.

Dinky went to get up but Banshee put her paw on him as if to say, “Whoa dude, chill out.” Dinky laid back down and snuggled with Banshee and me. He became Banshee's puppy.

I had a spinal abscess which left me bedridden for 22 months. While Anna was at work I was home with Dinky. Dinky must have sensed I wasn’t right because whenever someone knocked on the door he would jump up on the bed, stand over me, and bark with his hackles raised until the knocking subsided.

Dinky protected me from all threats, foreign and domestic, until I was back on my feet and driving.

The realization hit Anna about eight years ago that Dinky was starting to get old when the vet referred to him as a, “geriatric dog.” Her catch phrase became, “Dinky you have to be immortal.”

Now Dinky’s mortality is running out and we’re both taking it hard. On Monday he didn’t have good use of his hind legs. He’s been going blind and deaf for a couple of years, though I think he has selective hearing. But he was still eating and drinking, that tapered way off on Monday.

A couple of years ago we thought Dinky had a stroke, he couldn’t keep his balance. We had just had to have our cat, Moe, put down a couple of weeks earlier. We’d had Moe for 16 years and that had been a hurt piece saying goodbye to him.

Anna made the appointment with the vet for Dinky. I was hurrying from work to get there to say my goodbyes. I was crying as I drove, then it was almost like we got a call from the governor to stay an execution.

Anna called and told me to slow down, the vet had a pill which could restore Dinky’s balance! He had a reprieve. We treated Dinky to a Mickey D’s McDouble on the way home.

This time I don’t see a reprieve on the horizon for Dinky. Anna is taking the day off on Friday to spend one last day with him before the inevitable. I’ll admit, I’m jealous. Dinky has come to mean as much to me as he does to Anna.

There are a lot of people waiting for me on the other side like my mom, my grandpa, and my two grandmothers. But I’ll be looking forward to seeing Dinky as he was; a loyal companion who loved to play and snuggle-that’d be my idea of Heaven.

Hopefully, all dogs DO go to Heaven.

Both Dinky and Anna helped me grow as a person and I'm going to miss the Hell out of him. This isn't the stuff I usually write, but I found it therapeutic to express it this way.
Photo is AnnA and Dinky taking a snooze.
Pays one point and 2 member cents.


© Copyright 2021. Earl Corp All rights reserved.
Earl Corp has granted FanStory.com, its affiliates and its syndicates non-exclusive rights to display this work.