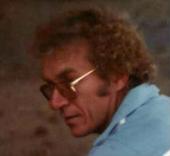 He is a top ranked author and is currently holding the #4 position.

He is also an active reviewer and is holding the #42 spot on the top ranked reviewer list.

They Neither Sow, Nor Do They Reap 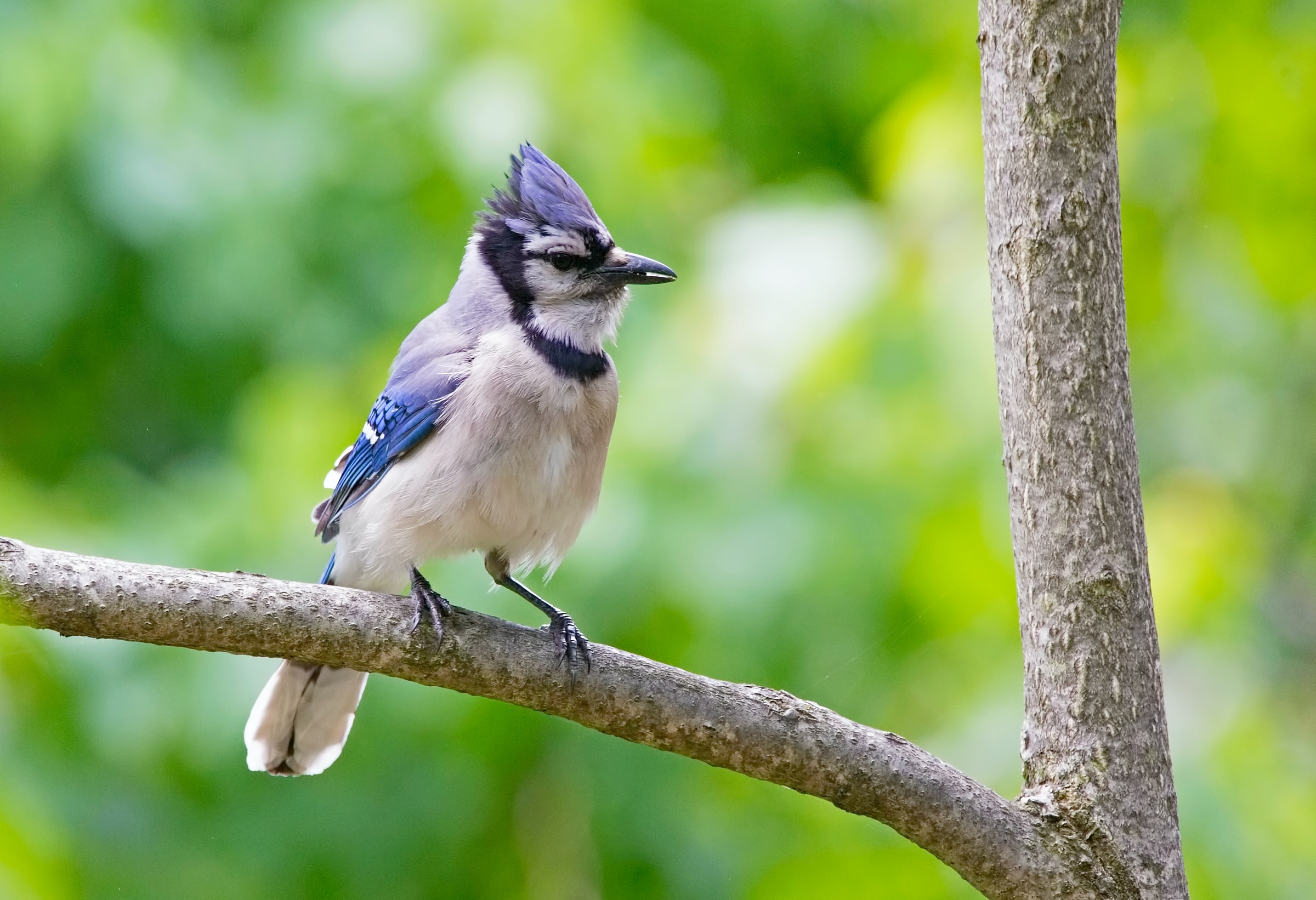 WE HAD AGREED after forty-nine years, eight months, that the light had gone out in our marriage. That light had been flickering for years, like a lantern whose owner had been remiss in trimming the wick, and the oil could no longer leach up to the dying flame.

One day it was simply dark. We could no longer find each other.

We phoned our adult children. There was denial, of course, and expectations that it would just go away, like a bellyache would, or like a cold that had run its course.

But it didn’t go away. And four months shy of our golden anniversary, Roseana and I, cocooned in our individual numbness, chose to move on, as they say.

Mine was more of a staying on. I would be caretaker of our home and guardian of Serius, our Shi-Tzu, then less than a year old.

Roseana, following a newspaper lead, purchased a mobile home in a trailer park in the Tehachapi Mountains, some thirty miles from Bakersfield. I helped her move in. I knew she was safe there, and secure. And I was relieved because I loved her.

To this day, five years later, I love her still.

One spring Sunday, six months after we separated, Roseana came off her mountain and into Bakersfield. At noon of that day, I left the solemnity of my home. I drove across town and parked my Chevy HHR in the strip mall parking lot and waited. Five minutes later Roseana pulled her Fiat between the diagonal lines next to me. Together we crossed the lot, pushed open the heavy iron gate, and walked under the sign announcing,
"Bienvenido!” And below it, “Hermanos de José.”

Brothers of José or Jose’s Brothers, as it was more commonly translated, was becoming quite popular, largely through word-of-mouth advertising as a breakfast-brunch-and-lunch-only patio dining event.

I believe Roseana had heard about the restaurant from one of her friends at the church we had attended while we were together. We had continued going to that church for several months after our split, helping as we always had, with the offering, even going out to lunch afterward with our daughter, our son-in-law, and our grands, meeting them at the chosen spot in our separate cars.

I was first to stray from the flock, as church-folk put it. I never had a strong feeling of brotherhood with the church and it was easier sharing my Sundays with my books and my writing.

This is a roundabout way of explaining how two people—once one—now living thirty miles apart, would arrange to meet for lunch on that spring Sunday at José’s Brothers’ restaurant. Familiar as I am with my thought processes, I’m sure the conundrum began to nip at my mind the moment Roseana mentioned the restaurant’s name to me and continued as I drove toward it, about why an indeterminant number of siblings would include their brother José in the titling when he may or may not be involved in the business. Odd that! I would have to find out.

We were fortunate to snag a vacant table along the perimeter of the patio. Actually, all the tables were around the perimeter, two to three deep, like the band of a ring.

At the center of the patio stood an enormous, ancient oak tree whose branches, if allowed, would have formed a massive umbrella over the entire eating area. There would also have been yellow and white bombs spattered on an occasional enchilada or drizzling down a taco from any of the hundreds of chattering birds who populated the oak tree. So one of José’s brothers, or José himself, made sure the limbs were always trimmed just a foot or two from the tables. Sure enough, one such branch stretched out over the horseshoe-shaped walkway on which the waiters pushed their loaded food carts. The leafy branch, pointing at our table, revealed the wounds of a recent trimming.

The waiter stood at our table. “Señor? Señorita?”

Roseana covered the beginning of a smile. Señorita? I was in my mid-seventies and she was closing the door on her sixties.

“Do you expect him soon?”

“Does he come here often?”

I gave Roseana, who was grimacing at me, a sheepish grin. “I think we’re ready to order.”

While we waited for our food, I studied Roseana’s face whenever her eyes were averted from mine. I may be conveying the impression that conversation didn’t exist between us. That would be wrong. While it’s true that the flowering of meaningful communication had begun to wilt in the later years of our marriage, we did talk, and we were even talking now, as I stole covert glances at her. It’s just that I got very good at recognizing certain familiar landmarks along the conversational path she was taking so that I could wander off to my mental playground nearby, still being within earshot, to return to her path at the drop of a question mark.

I was on my playground now, while she meandered the path of today’s church service. Deep in the inner tangle of branches and twigs, I watched a civil war that was brewing, and Pastor Steve reminded the congregation of the annual Easter egg hunt. Sentinels of blackbirds were guarding their limb against a family of finches hell-bent on making that property its own. I was lost in the Darwinian struggle, the puffing-up of a hundred feathered breasts, the darting attacks, and quick retreats, the battle cries, the taunting, the surrenders.

“… So, that’s what Pastor Steve said, and they could sure use one. By the way, Amanda and Ryan didn’t show up today. John had a hockey match in L.A.”

“Geez, these birds are loud, aren’t they? Look at them. Yeah. Johnny is getting good, though. D’you suppose they’ll actually let him join that Junior League in Florida?”

“Where’ve you been, Jay? His tuition’s already been paid and a host family selected for him to live with. That’s old news.”

At about this time the waiter came, pushing his cart to our table. Sliding open a door on the side, he reached into the steam and brought out a covered bowl, setting it in front of Roseana, then went back to fish out a second covered bowl for me. After retrieving the metal covers from our soup bowls, placing one inside the other, and both in the cart, he performed a half-bow. “Buen provecho, Señor y Señorita!”

After he was out of earshot, Roseana challenged, “What did he say?”

“Leave me a good tip, Master and young Mistress.”

I smiled, but the barbed tips of her Brilliant latched deep into me. “No … I don’t know what it meant.”

“Duh,” she said, and slipped a spoonful of soup between her lips. “Mmmm, try your soup, Jay, it’s tasty.”

“I don’t know why he couldn’t have brought our sandwiches with the soup. I like to dip mine.”

“Just eat your soup,” she said, with a roll of her eyes. “Take your disappointment out of his tip.”

We ate in silence. Occasionally our eyes met; once she flickered a smile. I returned it, but there was that uncharted chasm between us. I was remembering the difficulty I had trying to explain to Amanda how her mother and I loved each other, how we wanted the best for each other, but living together was like tiptoeing through a minefield. Our home was a minefield. Together in the same car was worse than a minefield. It was a timebomb. Usually within fifteen minutes, rarely a half-hour, it would go off. Living together, we were a danger to each other.

My attention was divided between looking across my bowl at Roseana and up at what was going on a few feet removed from directly above our heads. A beautiful bluejay perched on that trimmed-back limb that hung over the walkway, but not to our table. It cocked its head to us. Roseana saw it too.

What happened next will always be etched in my memory, not as a whole, but as the slowed frames of a film advancing one-by-one on the screen of my mind. I had just raised a spoonful of soup to my mouth and stopped at the look of disbelief, turned to horror, in Roseana’s face. Then, throughout a jerky sequence, her eyes which had been fixed on the branch, dropped to my face and then to the walkway, while in another movement, she brought her wadded cloth napkin to her mouth and stammered through it, “Oh-oh-no—look!” She scooted back her chair as though to distance herself from what horrified her.

I looked, pushing myself back as well, half-rising from my chair before slipping back into it. I stared down at the bluejay, lying very still, its one eye, black as liquid ebony, perhaps baffled at the branch that still held his belly-warmth.

As I continued to look at the bluejay, Roseana found her voice.

“How could that happen, Jay? I was watching it. You know? I even remember I was marveling at how a bird can stay so balanced on a branch, and I was watching the movements its tail made, like the sail on a boat, and the way its tiny legs were hinged to cushion its weight. Why?”

“I know, sweetheart. Did it just—”

She raised her shoulders and dropped them. “It just fell. One second it was on the branch. The next second it was there.” She gave her head a slight tilt in the bird’s direction but kept her eyes closed.

“It could have been a heart attack,” I suggested. “You hear of people dying at the wheel of their car.” I waved my finger at the table. “Or over lunch.”

She turned her puzzled eyes on me.

“Or he was busy counting the hairs on someone’s head.” I knew the moment my words left my mouth that I had misspoken.

“Okay, big joke. I get it.” She got up, dropped her napkin in her empty soup bowl. “Tell the waiter the señorita had to go.”

“Quit!” Others were looking in our direction. “You can have my sandwich.” She smiled and touched my shoulder as she circled behind me and headed to the gate.

Photo by Mathew Schwartz on Unsplash.
Pays one point and 2 member cents.